Dusan Vlahovic’s potential January switch to Arsenal or north London rivals Tottenham has been complicated by a positive Covid-19 case for the striker, who also favours a move to a Premier League rival.

The Serbian hotshot has been strongly tipped to join both clubs, although the Gunners are said to have emerged as favourites. That is despite Spurs doing all the early running for the 21-year-old when they were looking for a Harry Kane replacement.

Arsenal chief Mikel Arteta is known to be on the lookout for a new number nine, with Alexandre Lacazette and Eddie Nketiah both out-of-contract in the summer and Pierre-Emerick Aubameyang’s also looking a certainity to leave.

Fabio Paratici is said to have kept in contact with Fiorentina over a deal. The Spurs sporting director and boss Antonio Conte know the player’s qualities well from their time in Italy.

There is a potential double twist in the tale, however, with Covid striking and also Juventus’continued interest.

A club statement from Fiorentina ahead of their match with Cagliari said: “Two members of the team group – both vaccinated and asymptomatic – tested positive for COVID-19 today.

“The club has initiated all the procedures required by protocol and notified the authorities.”

Nine former world-beaters who are now in the bargain bin: Dembele, Alli, Hazard, Martial and more

Trusted journalist Fabrizio Romano states that Vlahovic is one of the two players to have tested positive.

Italy’s current latest Covid guidelines mean that anyone who has tested positive can leave isolation after seven-to-10 days, if they return a negative test. 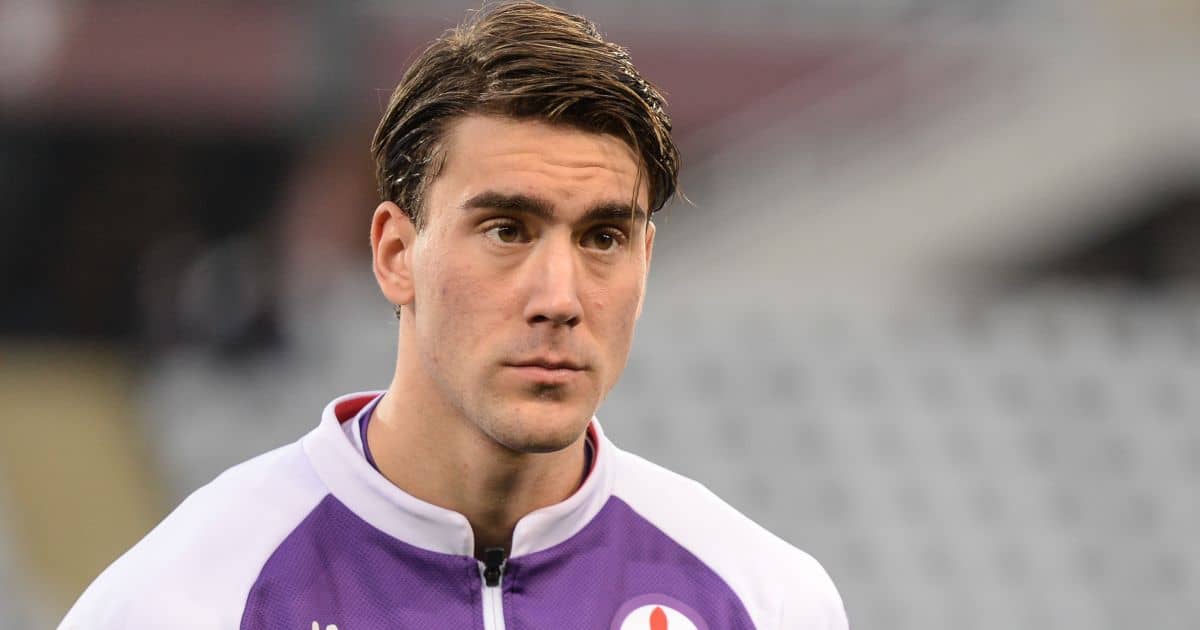 The current transfer window closes on January 31. That means Vlahovic will be in a race against time to complete any proposed move.

Unless he tests negative before and can leave isolation, conducting a medical and other requirements will be tight.

As for the player himself, Italian outlet la Republicca states that Vlahovic is willing to snub a move in January. Instead, he will hold out for a Manchester City move in the summer.

The Etihad is his reported preferred destination as he knows Champions League football is guaranteed. City are also expected to be in the market for a striker. They allowed Sergio Aguero and Ferran Torres to leave without signing a replacement.

Vlahovic has scored an impressive 17 goals and added fours assists in 21 appearances this season.