Tottenham have reportedly joined Leeds and Newcastle in the race to sign Norwich star Todd Cantwell in a bargain £15million deal this month.

The Sun claims that the Premier League trio, along with Leicester and Roma, are all keen on striking a deal for the 23-year-old during the January transfer window, with the Canaries happy to do business.

The top-flight strugglers are ready to offload Cantwell for a lowly fee given that his stock has fallen sharply this term.

The talented midfielder who still be considered a shrewd piece of business at that price, however, with Cantwell proving in his last stint in the Premier League that he has quality and an eye for goal.

The England Under-21 international has scored six goals in 45 career top-flight appearances.

He was also described as “an exceptional, exceptional player” by former Norwich striker Chris Sutton in the summer of 2020.

Cantwell has made only five starts in the league this season. However, his previous exploits should not be overlooked and there is a feeling that Antonio Conte could develop him into an outstanding talent.

The Italian has a big reputation for improving players, with a number of the current Spurs team already benefitting.

While Cantwell still needs some work, at that price he would be considered a bit of a coup for whichever club grabs him.

The window shuts on January 31, leaving suitors not much wiggle room to get a deal done.

Meanwhile, Tottenham defender Japhet Tanganga has become the latest option under consideration by a European giant aiming to replace an injured star, according to reports.

Japhet Tanganga is a Tottenham academy graduate who has been with the club since the age of nine. He made his senior debut in 2019 and has been among the first-team ever since. However, he remains a fringe player rather than a regular starter.

In each of his first two seasons at senior level, he started six Premier League games. So far this term, he has started eight times in the competition, while also adding one substitute appearance.

But his performances have not been the most consistent. Indeed, in a recent Carabao Cup defeat to Chelsea, he had a role in both goals Spurs conceded. 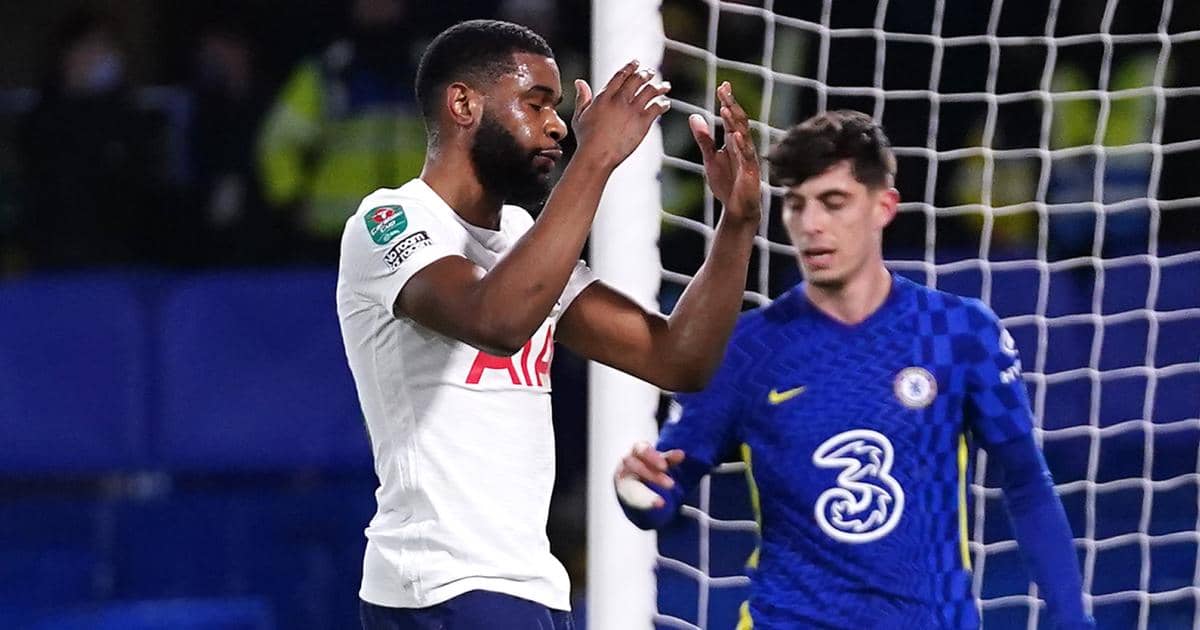 Under contract until 2025, it remains to be seen just how big a role Tanganga will have in Tottenham’s future. They may have to make a decision sooner than expected.

According to Tuttosport (via Football Italia), AC Milan have identified Japhet Tanganga as a possible target for January.

Milan are currently without Simon Kjaer due to a long-term injury. To sustain a title challenge, the Serie A side need to find a replacement, at least for the short-term, this month.

Tanganga has now emerged onto their radar. They are said to have made an enquiry to Tottenham to find out about his availability.

Spurs not keen on Tanganga loan

However, in doing so, they have learned that Spurs want €25m to consider a sale. Furthermore, they would not comply with Milan’s preference of a loan deal.

A glimmer of hope remains that the deal could go through given Tottenham’s interest in Franck Kessie. The Milan midfielder is out of contract at the end of the season.

This is, therefore, the Rossoneri’s last chance to make money on him. In theory, they could use him to tempt Tottenham into letting Tanganga go the other way.

But it is merely a suggestion for now and not necessarily anything concrete. As things stand, Tottenham will have to wait for Kessie, while Tanganga is due to remain at their disposal.

The post Conte tipped to work his magic on midfielder as Tottenham join race for £15m Prem star appeared first on TEAMtalk.