Manchester City boss Pep Guardiola hailed the display of four-goal hero Gabriel Jesus but feels nothing has changed in the title race.

Jesus, 25, scored a brace in either half as City thrashed Watford 5-1 at the Etihad Stadium. Rodri bagged the other goal with a stunning first-half strike while Hassane Kamara notched for the Hornets. The result saw the Citizens open up a four-point lead over Liverpool in the race for the Premier League crown.

Jurgen Klopp’s side face Everton in the Merseyside derby on Sunday. Guardiola is never one to get too carried away about a result.

But he was happy with the three points against another side with a point to prove.

“Every team, except maybe four or five in the middle of the table, is playing for something. Watford is one of them but we started really well,” he told BBC Sport. “We didn’t defend well in some part of the game, because of the physicality, but it was a really good result.”

Jesus has made 17 top-flight starts in 2021-2022. City have chosen to play without a recognised striker on many occasions, leaving the South American on the bench.

And Guardiola made it clear just what the Brazil star means to the side.

“In this world of football, if there’s one person, one player who deserves the best in life, it’s Gabriel,” he added. “He fights for every single ball and helps the team all the time. One day I’ll have to ask him to play at right-back, and he’s going to give absolutely everything.

“It’s not necessary for him to score four goals to know exactly how important [he is], and what he means to all of us. But when he can score four goals, like today, as a striker, all of us are incredibly delighted and happy for him.”

Manchester City’s triumph has thrown down the gauntlet to the Reds ahead of their crunch clash with the Toffees. The next task is to face Spanish giants Real Madrid on Wednesday in the first leg of their Champions League semi-final.

And the former Barcelona coach is clearly taking it one game at a time during the business end of the campaign.

“Tonight I’ll go home. We play on Wednesday so I’ll start to think about Real Madrid,” he continued. “Tonight I’ll watch some minutes from some games I want to watch, and that’s all. 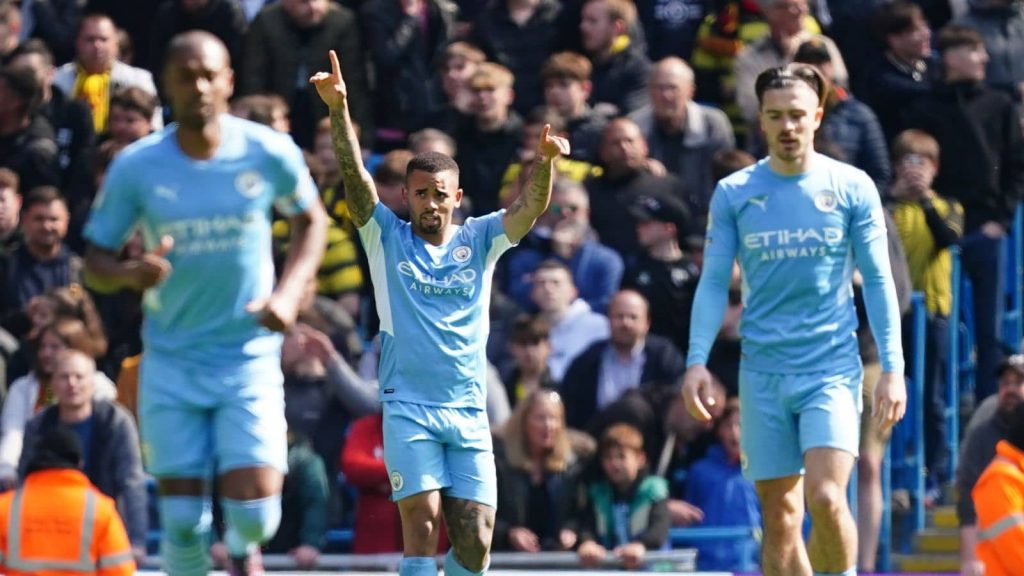 “The situation hasn’t changed today. We have to win all the games to be champions. We have five left.”

The post ‘I could ask him to play right back’; Guardiola explains why ace is so valauble to Man City appeared first on TEAMtalk.