Wolves recorded their first win at Old Trafford in 42 years as they deservedly beat Manchester United 1-0 in the Premier League thanks to Joao Moutinho’s second-half strike.

The visitors dominated the opening period, with United thankful to several fine stops with David de Gea as they looked off the pace.

The Spaniard had to be at his very best to keep out a stunning dipping volley from Ruben Neves early on, while the dangerous Daniel Podence saw several efforts kept out as Wolves had 15 efforts on goal in the first half.

However, United should have taken the lead with 23 minutes to go when substitute Bruno Fernandes struck the bar from 10 yards after great work by Nemanja Matic to pick him out unmarked.

Cristiano Ronaldo saw a header from a free-kick ruled out for offside moments later, as the home side finally got up a head of steam.

But Wolves finally scored the goal their play deserved with eight minutes to go when Traore’s cross was poorly cleared by Jones and Moutinho thumped a volley into the ground and into the far corner from the edge of the box.

Jose Sa, who had largely been a spectator, had to produce a stunning late stop from a Fernandes free-kick as Wolves held on for a famous win.

David de Gea: Produced a brilliant early fingertip stop to deny a stunning Ruben Neves volley from 25 yards. Worked throughout the opening half as Wolves dominated. Not as busy in the second period and no blame for the winning goal. 8/10

See also  Coachella 2022 Headliners: Ye, Harry Styles, Billie Eilish ... Who else is heading to the Valley?

Aaron Wan-Bissaka: Some good delivery from the right but often failed to find his man. 5

Phil Jones: Made a confident start with a couple of early clearances in his first start for United in 707 days. Was comfortably United’s best defender as Wolves dominated for large periods, producing some fine blocks and challenges. However, poor defensive header allowed Moutinho to volley the visitors ahead late on. 7 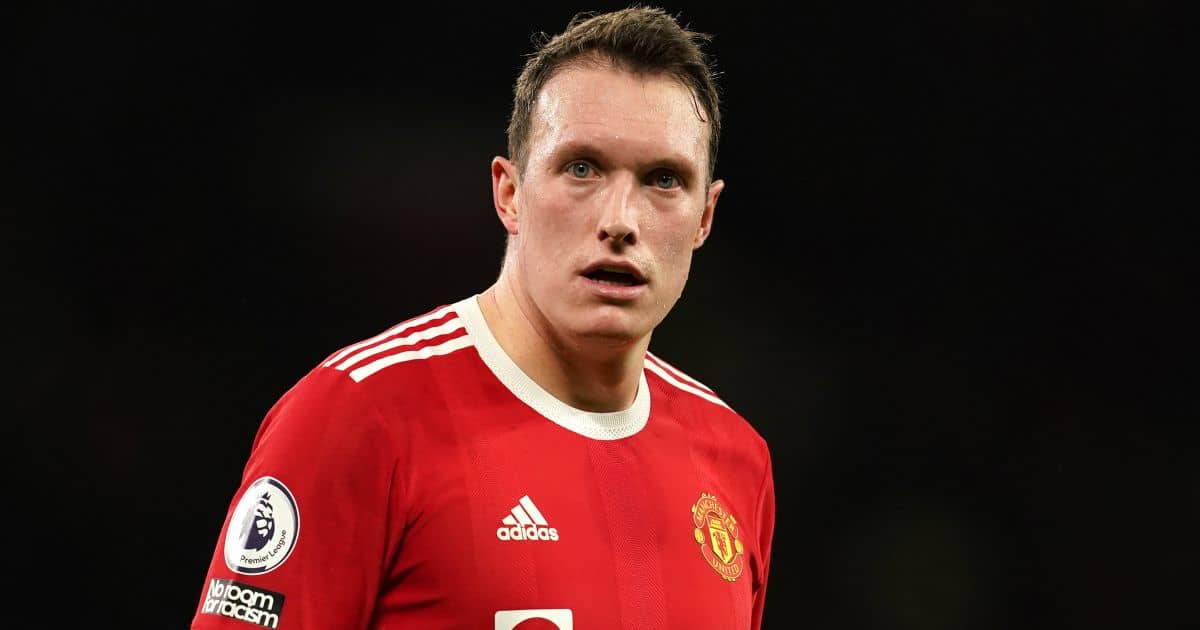 Raphael Varane: Guilty of gifting possession too easily to Wolves and troubled by the movement of Wolves’ front three. 5

Luke Shaw: Struggled throughout and could not make any headway in an attacking sense. Booked and will be suspended for next game against Villa. 5

Nemanja Matic: Struggled in the first half as the Wolves midfield duo of Moutinho and Neves dominated. Booked in the second half, taking one for the team with Traore was running towards the United area. 4

Scott McTominay: Not his usual self in the first half and booked for a forceful challenge on Podence, a caution that will also rule him out of the Villa clash. 5

Jadon Sancho: A couple of nice early touches and then completely disappeared. Hooked with 14 minutes to go but it could easily have come earlier. 4

Mason Greenwood: Some of his long-range passing was a sight to behold but not really what he is in the team for. One of United’s liveliest performers before being surprisingly replaced by Bruno Fernandes with an hour gone. United fans certainly let Ralf Rangnick know what they made of that decision. 7

Cristiano Ronaldo: Cut a frustrated figure again throughout as Wolves largely dominated. Saw a goal chalked off for a clear offside. 5

Edinson Cavani: Looked a bit leggy from the start and no real threat to the Wolves back three. 4

Bruno Fernandes (on for Greenwood, 60): Struck the bar from 10 yards when it looked easier to score and gave United more of a threat from midfield. Saw a late free-kick brilliantly kept out by Sa. 6

Marcus Rashford (on for Sancho, 76): Tried to drive United forward and should have been on earlier. 6

Jose Sa: A virtual passenger in the first half as he watched his teammates dominant the home side. Looked calm and composed as United try to find an equaliser and produced a superb late stop to keep out a Fernandes free-kick. 7

Max Kilman: Strong presence at the back for Wolves and made a couple of barnstorming runs forward. 7

Romain Saiss: Solid as a rock at the back and so unlucky to see a second-half free-kick hit the crossbar. 7

Nelson Semedo: A constant threat down the right for Wolves but pushed back slightly in the second half. 6

Joao Moutinho: Dominated the opening half alongside Neves as Wolves completely controlled the game. Looked a bit more stretched in the second period when Fernandes came on for United but took his goal well from the edge of the box. 8

Ruben Neves: Saw a spectacular 25-yard volley tipped over by De Gea and controlled the midfield alongside Moutinho. 8

Marcal: Kept the right side of United’s attack under control and looked to get forward when he could. 6

Trincao: Showed some nice skills and kept United’s backline busy with his movement. Replaced with 25 mins to go. 6

Raul Jimenez: Still missing that spark that made him such a threat before his head injury. Taken off late on. 6

Daniel Podence: Good early run and strike tested De Gea at his near post. A constant threat with his direct running and not fearful of a strike at goal. Wolves’ best attacking threat by some distance. 8

Adama Traore (on for Trincao, 66): His normal frustrating self when he came on but he set up the winning goal. 6

Leander Dendonkcer (on for Podence, 88): N/A