Tottenham have seemingly received a big boost to their hopes of offloading club-record signing Tanguy Ndombele this month, with two PSG stars giving the France international a glowing endorsement.

The talented playmaker is currently training on his own after falling out with Spurs boss Antonio Conte after his reaction to being substituted in the comeback FA Cup win over Morecambe earlier this month.

Conte is said to be keen on offloading Ndombele as quickly as possible, especially as he wants to bring in signings of his own.

PSG are said to be wary of that sort of taking on that sort of figure for a player has notched just two goals and one assist in 16 games this season.

Despite that, Mauricio Pochettino is a fan of the player, who arrived in north London during his tenure in 2019.

The current PSG boss wants to add more quality, and particularly creativity, to his midfield – and Ndombele fits the bill.

And now a report from Foot Mercato appears to have edged the former Lyon man towards a Paris switch.

It states that the PSG dressing room want the move, with France teammates Kylian Mbappe and Presnel Kimpembe both convinced Ndombele can make an impact.

The decision now comes down to the PSG board. They are expected to try for a bargain permanent deal or a loan.

He told Betfair: “The situation for Tanguy Ndombele isn’t good for him. Things clearly aren’t working out.

“I’ve not seen him impress at Spurs and they spent a lot of money on him. I wasn’t convinced when they spent that money. There haven’t been any performances since he signed to change my mind. There’s clearly an issue.”

Find out which Premier League managers are constantly looking down on their rivals and which ones will forever struggle to hit the heights.

Meanwhile, Dusan Vlahovic’s potential January switch to Arsenal or north London rivals Tottenham has been complicated by a positive Covid-19 case for the striker, who also favours a move to a Premier League rival.

The Serbian hotshot has been strongly tipped to join both clubs, although the Gunners are said to have emerged as favourites. That is despite Spurs doing all the early running to sign the 21-year-old.

Arsenal chief Mikel Arteta is known to be on the lookout for a new number nine, with Alexandre Lacazette and Eddie Nketiah both out-of-contract in the summer and Pierre-Emerick Aubameyang’s also looking a certainty to leave. 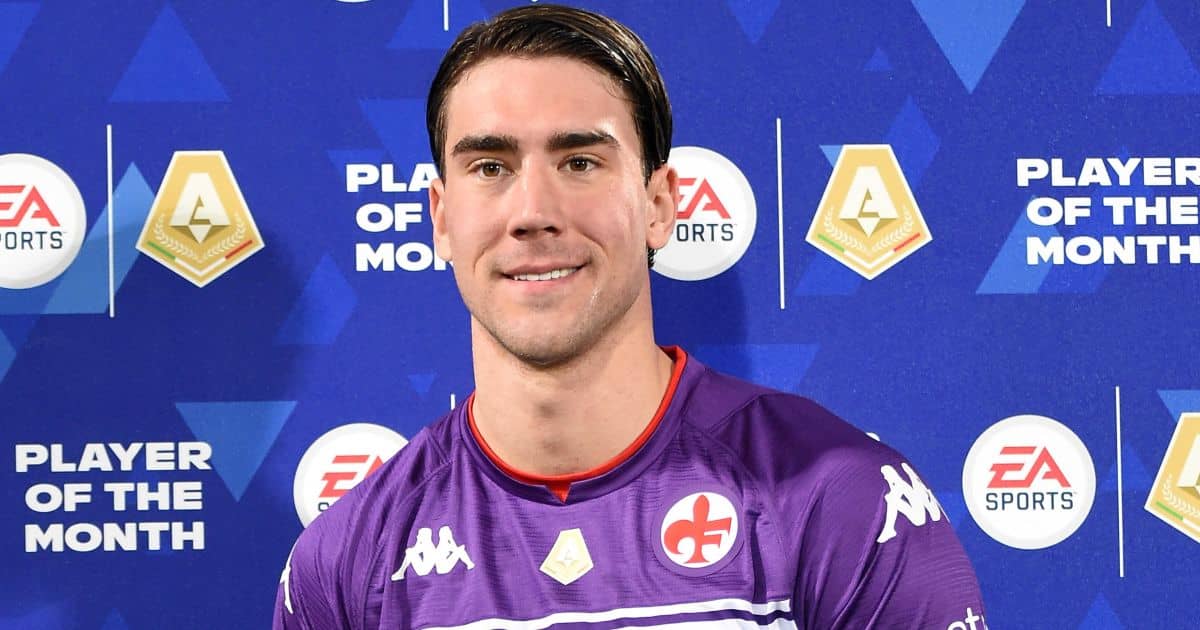 Fabio Paratici is said to have kept in contact with Fiorentina over a deal. The Spurs sporting director and boss Antonio Conte know the player’s qualities well from their time in Italy.

There is a potential double twist in the tale, however, with Covid striking and also Juventus’continued interest.

A club statement from Fiorentina ahead of their match with Cagliari said: “Two members of the team group – both vaccinated and asymptomatic – tested positive for COVID-19 today.

“The club has initiated all the procedures required by protocol and notified the authorities.”

Trusted journalist Fabrizio Romano states that Vlahovic is one of the two players to have tested positive.

Italy’s current latest Covid guidelines mean that anyone who has tested positive can leave isolation after seven-to-10 days, if they return a negative test.

The current transfer window closes on January 31. That means Vlahovic will be in a race against time to complete any proposed move.

Unless he tests negative before and can leave isolation, conducting a medical and other requirements will be tight.

As for the player himself, Italian outlet la Republicca states that Vlahovic is willing to snub a move in January. Instead, he will hold out for a Manchester City move in the summer.

The Etihad is his reported preferred destination as he knows Champions League football is guaranteed. City are also expected to be in the market for a striker. They allowed Sergio Aguero and Ferran Torres to leave without signing a replacement.

Vlahovic has scored an impressive 17 goals and added fours assists in 21 appearances this season.

See also  Which Russian tycoons own football clubs across the UK and Europe?