‘The soap opera is OVER!’: Spanish sports papers hail Xavi’s return to Barcelona as he finally signs a two-and-a-half year deal to take over at the Nou Camp after he paid half the £4.3m release clause in his Al Sadd contract

Barcelona may have left it until almost 2am Spanish time to officially confirm the appointment of club legend Xavi as their new manager, but the news still made it onto Saturday’s front pages.

Xavi has signed a two-and-a-half year contract to replace Ronald Koeman, who was sacked last week after Barcelona lost miserably to Rayo Vallecano to slump to ninth in LaLiga.

The 41-year-old, who has left Qatari club Al Sadd to return home to the Nou Camp, will take charge over the international fortnight and his first game is a derby against Espanyol on November 20. 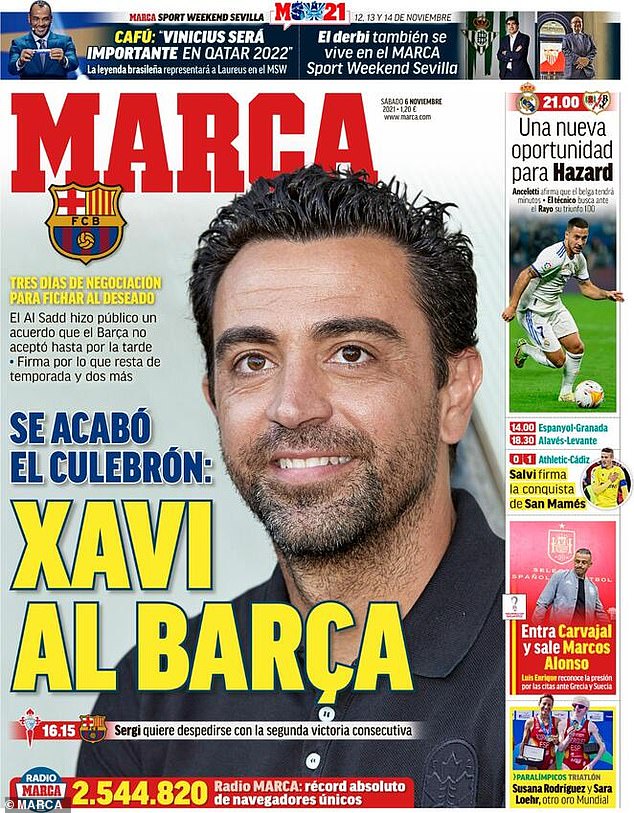 Unsurprisingly, the news of Xavi’s return dominated the front pages of the sports papers on Saturday – Marca said ‘the soap opera is over’

‘The soap opera is OVER’ proclaimed the front cover of Marca on Saturday, reflecting the feelings of many after the Xavi confirmation dragged on for most of the week.

It took three days of negotiation to seal his return to the club he played 767 times for between 1998 and 2015, winning every major honour in the game.

Xavi’s return was as good as sealed by Friday night though Marca’s deadlines meant they couldn’t say for definite.

Diario Sport also splash on the news, featuring a picture of Xavi waving as he prepares to leave Qatar and return to Catalonia this weekend.

‘Signed – Xavi is the new manager of Barcelona’ read their front page headline.

They add that Xavi agreed to pay half his €5million (£4.28m) release clause at Al-Sadd to secure his exit.

He is set to have a public unveiling on Monday with supporters no doubt ready to fill the stadium to welcome him. 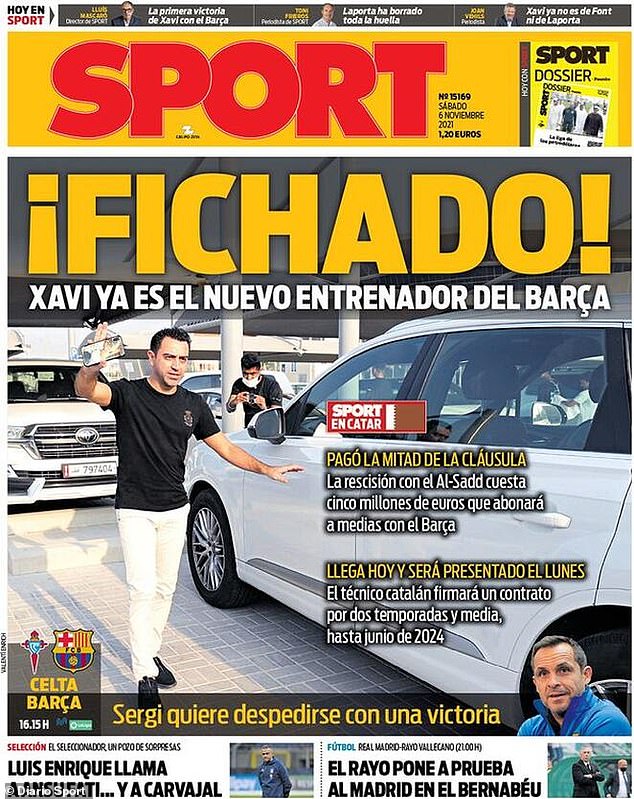 ‘Sealed!’ Diario Sport mark Xavi’s return with a picture of him leaving Qatari side Al-Sadd 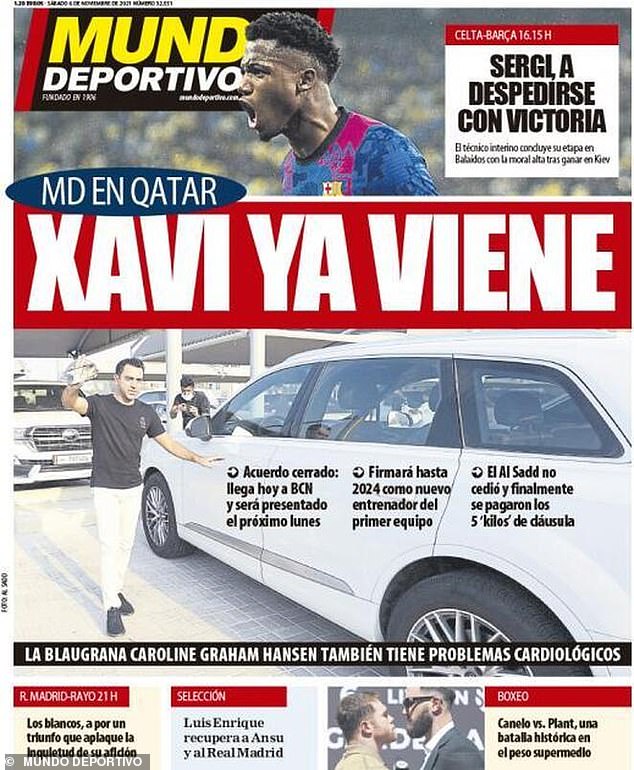 ‘Xavi is coming’ say Mundo Deportivo, who feature a very similar pic to Sport of the new boss climbing into a car in Qatar as he says his farewells. He will fly to Barcelona on Saturday.

They note that Al-Sadd, desperate to keep their manager of the last two-and-a-half years, dug in for the full amount of Xavi’s release clause.

Madrid-based Diario AS are the only ones not going in for the Xavi excitement, though there is a mention at the top of their front page: ‘Xavi returns home’.

Instead, they preview Real Madrid’s Saturday night game against Rayo Vallecano with a jungle mock-up and the headline: ‘A wild derby.’

It features Karim Benzema and Radamel Falcao, the two strikers with the best goal ratios in LaLiga so far this season.

They also note that Eden Hazard will feature in the game at the Bernabeu. 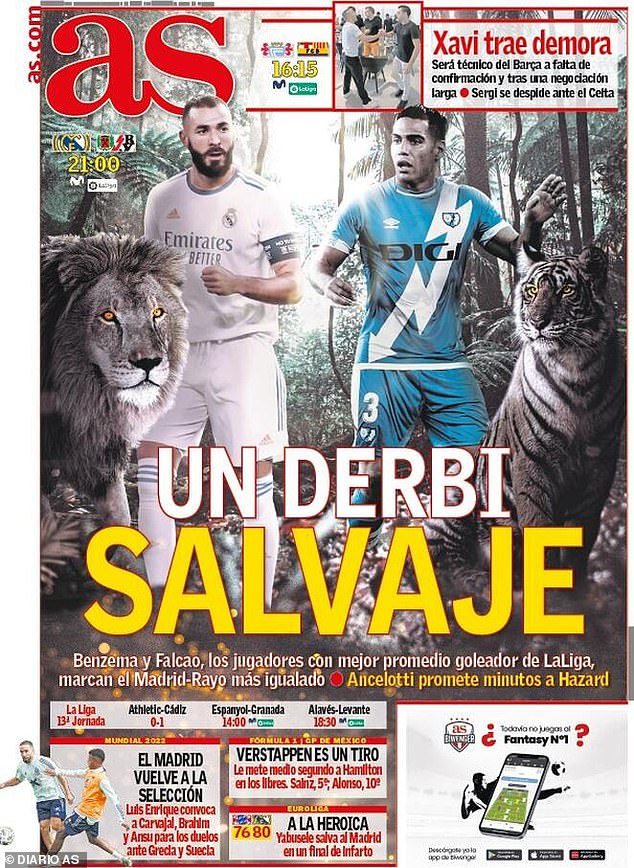 Diario As decided to lead on the match between Real Madrid and Rayo Vallecano, not Xavi