Karim Benzema will remain available for France selection even if he is found guilty over sex-tape blackmail of ex-team-mate Mathieu Valbuena, as FFF chief Noel Le Graet says decision will be taken on sporting merit alone

Karim Benzema will still be available for France selection, even if he is found guilty of blackmail charges against his former team-mate Mathieu Valbuena.

That is the message from France Football Federation president Noel Le Graet, who insists that his selection will be decided on sporting merit alone.

The Real Madrid striker has been in sensational form in LaLiga, and recently returned to the French fold following a five-year hiatus, taking his place in the Euro 2020 squad and also being a key member of their recent Nations League success. 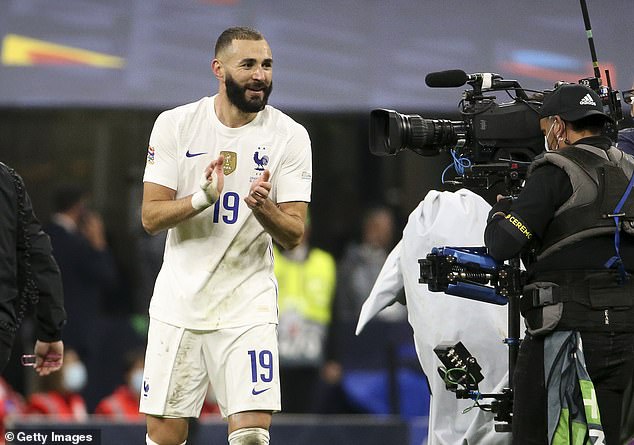 Karim Benzema can still be picked for France, even if found guilty over blackmail charges

However, the 33-year-old is currently facing a fine and suspended jail sentence over his part in the blackmailing of his former France team-mate Valbuena.

Benzema is accused of attempting to persuade Valbuena to agree to the sum of money being extorted from him by blackmailers, thus making the striker complicit in the crime.

However, even if he is found guilty, with prosecutors seeking a 10-month suspended sentence and a €75,000 fine, this will not affect his availabilty for France. 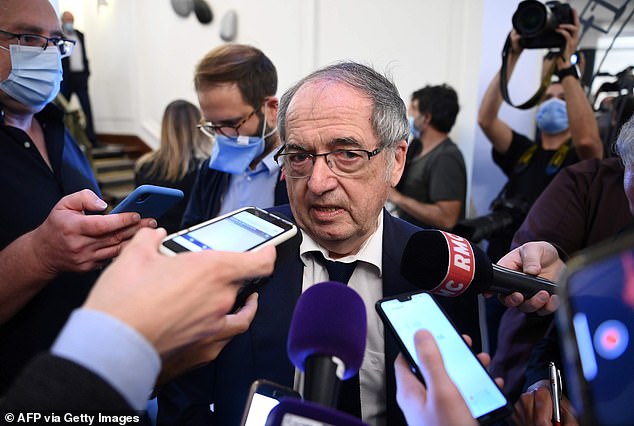 ‘The coach will always remain responsible for his selection, and Benzema will not be excluded in relation to a possible judicial sanction,’ Le Graet told Le Parisien in an interview.

‘Even if he receives a penalty, a suspended prison sentence, he still has the possibility of appealing a conviction.

‘So his selection, or not, in the coming months will not be linked to this judgment.

‘I will never intervene to say that we do not take him. After that, it is up to Didier [Deschamps] to consider whether, on a sporting level, he is fit to play with Les Bleus.’