Erling Haaland ‘would prefer to join Real Madrid if he leaves Borussia Dortmund in 2022’… but the star striker ‘is a fan of English football’ amid interest from Man United, City, Chelsea and Liverpool

Erling Haaland’s ideal destination if he leaves Borussia Dortmund in 2022 has been revealed as Real Madrid, according to reports.

The star striker is one of the most coveted players in world football after scoring 70 goals in just 69 appearances in all competitions for the German side, including 13 in 10 this season, after joining from Red Bull Salzburg in January 2020.

And Goal state that Haaland is leaning towards a move to the Bernabeu, but add he has not made a final decision amid transfer interest from Premier League sides Manchester United, Manchester City, Liverpool and Chelsea. 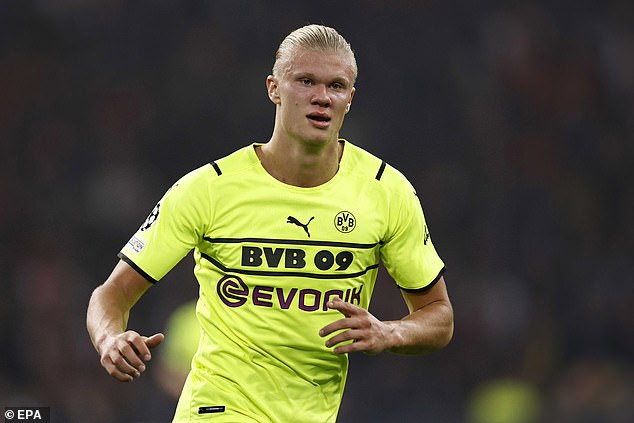 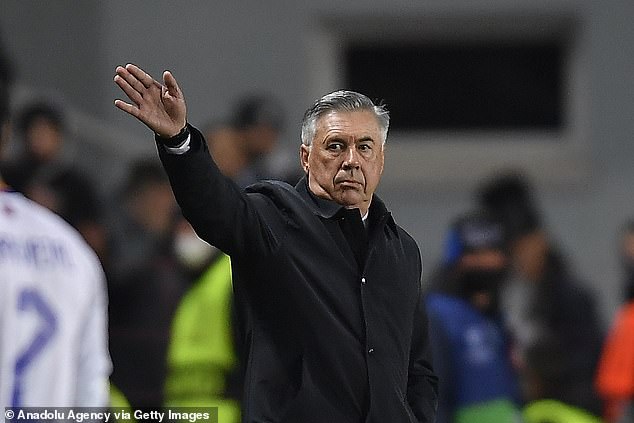 The Norwegian, 21, is almost certain to leave Dortmund at some point but could do so next year, with his £63million release clause thought to become active in summer 2022.

And Haaland has reportedly informed his personal team that joining the Spanish giants is the most appealing option for him.

Renowned super-agent Mino Raiola recently claimed his client has a house in Spain, but circumstances may prevent a move to Los Blancos, with Carlo Ancelotti’s side uncertain if they can pull off a deal, having been knocked back this summer.

Moreover, Real’s proposed move for Paris Saint-Germain forward Kylian Mbappe may prevent Haaland’s switch, both in terms of finances and the Norwegian’s expectations of ‘sharing the limelight’. 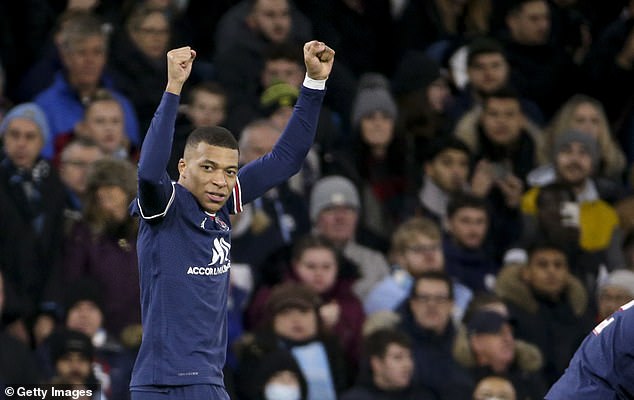 That may grease the wheels of a move to one of the four leading English sides interested in him, with Haaland known to be a fan of the Premier League and aware he would be the main man at any of those clubs.

However, Dortmund have vowed to fight tooth and nail to keep him at the Signal Iduna Park, given he is under contract until 2024.

Head of first-team football Sebastian Kehl said in November: ‘Of course, we are trying to give him the feeling that Borussia Dortmund continues to be a top address for him and that he can still develop here.

‘Maybe we can still convince him. We will fight for him. We will try everything. The decision has not yet been made, but I would bet £85 (on him staying).’

See also  Barcelona's youngsters have been thriving this season but where are their Real Madrid counterparts?
Read more: