Sevilla raged over a penalty not given in their defeat to Real Madrid, just 24 hours after Villarreal found themselves in the same situation against Barcelona.

David Alaba appeared to trip Lucas Ocampos in the first half but no spot-kick was given. Sevilla coach Julen Lopetegui said: ‘I’m left with a bitter taste because if one team deserved to win it was Sevilla. Everyone has told me that it was a penalty.’

Sevilla’s sporting director Monchi complained: ’Anyone watching that sees that there is contact and that it is a penalty. Anyone objective would say that. 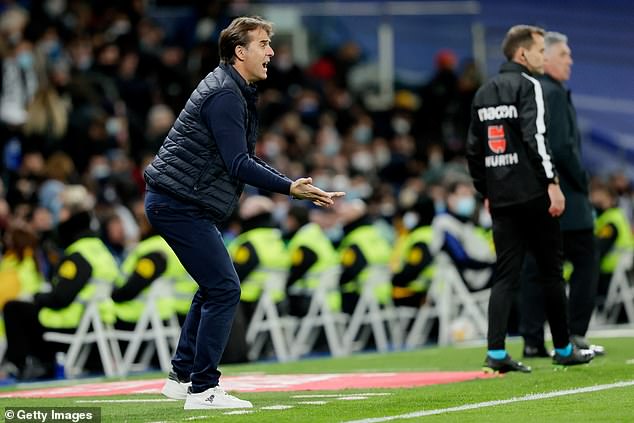 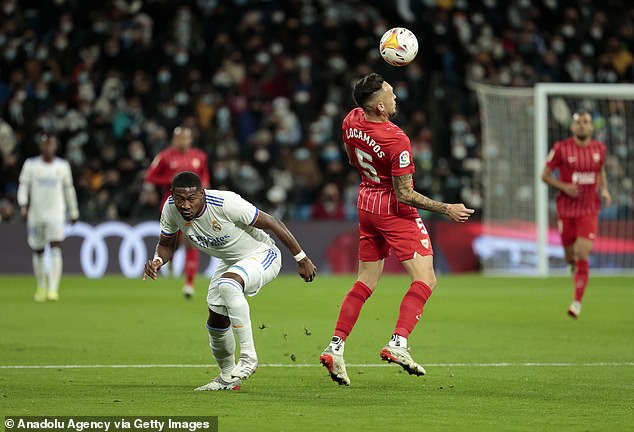 ‘This is nothing new. The just thing would be for a victory for Sevilla.’

Twenty -four hours earlier Villarreal coach Unai Emery had raged against decisions that went against his team and for Barcelona. Gerard Pique handled a shot in the first half and Villarreal also feel Eric Garcia wrestled Raul Albiol to the ground at a corner.

Emery said: ’There are real people in the VAR and someone has to take responsibility. Someone has to explain why we were not given a penalty.

‘It’s not normal that VAR did not give us anything; perhaps they were asleep.’ 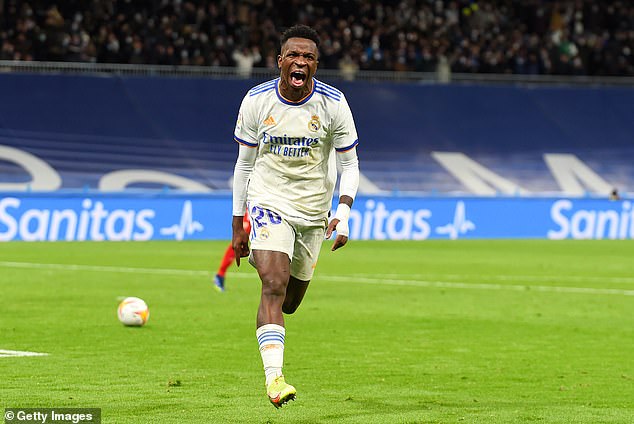 Emery did not shake hands with Xavi at the end of the game. The week before Espanyol forward Raul de Tomas had declared the penalty awarded Barcelona in their 1-0 win in the Catalan derby ‘a joke’.

After Real Madrid’s win on Sunday coach Carlo Ancelotti preferred to concentrate on Vinicius’ brilliance. He said: ‘He is an extraordinary player. He has magic in his feet.’

Real Madrid will go seven points clear at the top of La Liga if they win against Athletic Bilbao on Wednesday. Barcelona are seventh but now just five points off the Champions League places. 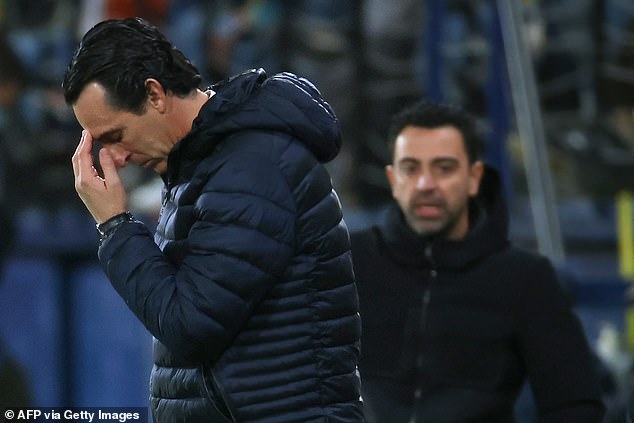