REVEALED: Lionel Messi ‘will keep his seventh Ballon d’Or in the Barcelona museum’ despite his emotional departure to PSG last summer

By Jack Bezants for MailOnline

Lionel Messi has had his hands on his seventh Ballon d’Or trophy for a little over a day, yet he has already decided where he is going to keep his latest honour.

Messi controversially pipped Bayern Munich striker Robert Lewandowski to the award on Monday night – the PSG man received the most votes after a year where he finally won a trophy on the international stage with Argentina.

And now, according to Spanish radio station SER, Messi is going to have his latest Ballon d’Or on show in the Barcelona museum – where his previous six are kept. 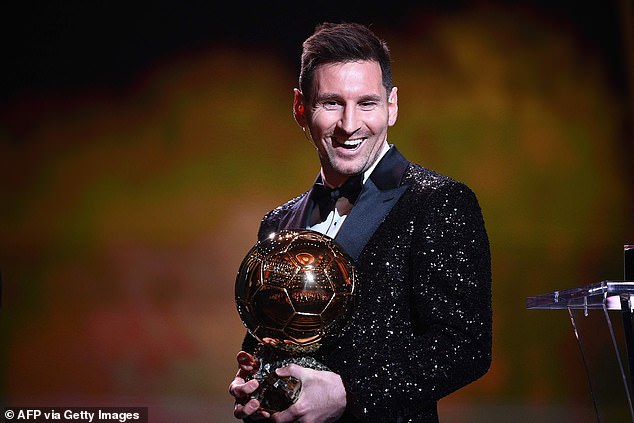 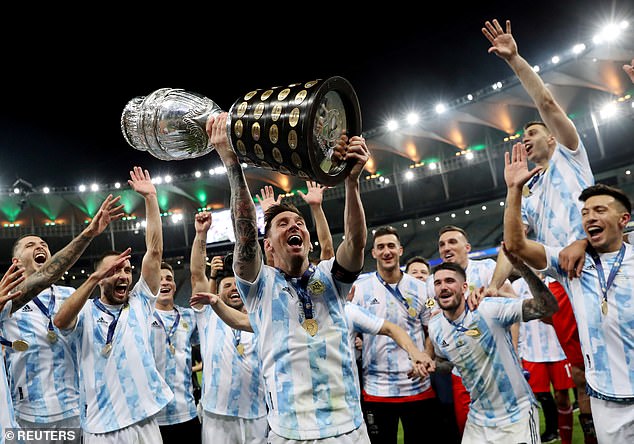 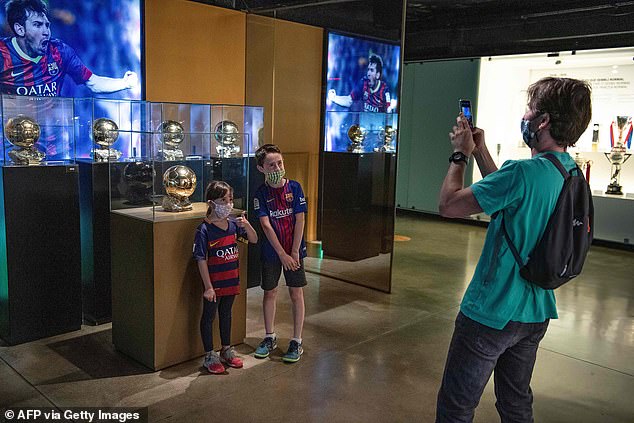 While Messi’s biggest achievement in 2021 is finally lifting silverware with Argentina with their Copa America victory, he also won the Copa del Rey as his final trophy with Barcelona.

He left after the cash-strapped Spanish side couldn’t afford to offer him a contract extension.

In his acceptance speech on Monday, Messi paid tribute to Lewandowski – who won the award for striker of the year – and said that he deserved to win the scrapped 2020 Ballon d’Or.

‘Robert, you deserve your Ballon d’Or,’ Messi said. ‘Last year, everyone was in agreement to say that you were the big winner of this award. 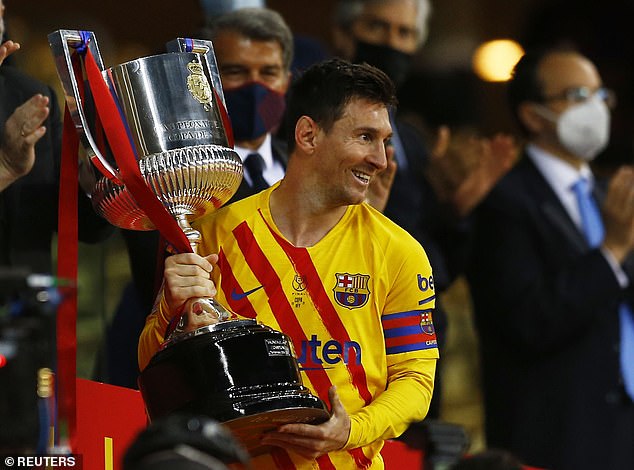 ‘Hopefully France Football will give you the 2020 Ballon d’Or. We all believe you deserved it and I hope you can have it at home.’

‘Congratulations also to all nominated players! I won Striker of the Year Award and no Player can win an individual award without strongest team and loyal fans behind him. Thank you for your support.’