Real Madrid beat Athletic Bilbao to go seven points clear at the top of La Liga but goalkeeper Thibaut Courtois was their best player with a sensational save in both halves.

Karim Benzema got the all important goal to take his tally to the season to 12 five minutes before the break. Marco Asensio’s shot was saved by Unai Simon and when the rebound ran out to Luka Modric he, uncharacteristically, sliced his shot. Fortunately for Madrid it ran to Benzema who scored from close range.

The Frenchman has never reached 12 goals for a season in so few games and is on course to break his record tally in one season for the club of 24 in 2016. 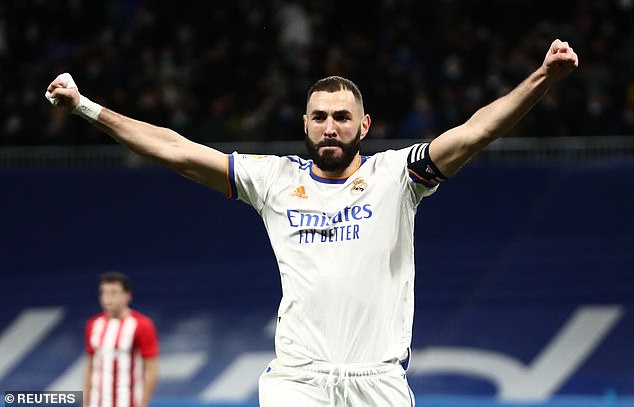 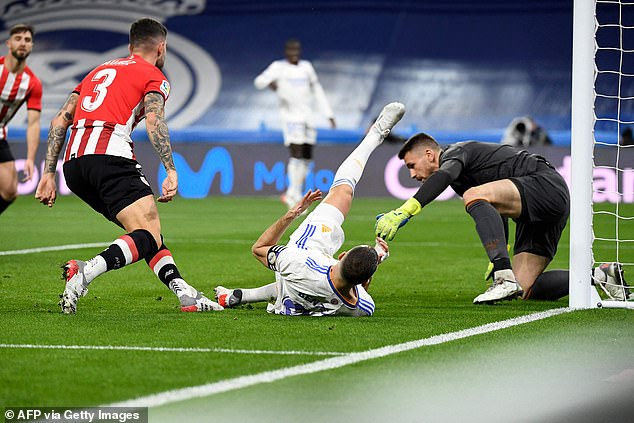 It still needed Courtois to save Madrid on several occasions at the othe end of the pitch.

‘The save in the first half was the best one,’ said the Belgian keeper. ‘It’s hard to get down to those shots. The one in the second half was just a case of making myself big.’

Courtois spread himself inside his six-yard box to block Oihan Sancet’s shot in the second period with Athletic chasing the game. His save in the first half came with the score at 0-0. Raul Garcia’s dive header should have put the visitors in front but Courtois saved with his foot.

Athletic had five other clear cut chances to pick up what would have been their first win against Real Madrid in the league since 2006.

Unai Nunez somehow failed to get proper contact on the end of Iker Munian’s free-kick and glanced the chance wide.

Lucas Vazquez slid in to save a goalbound shot from Dani Garcia in the second period and Eder Militao saved with his face when Mikel Vesga got on the end of a cross from Alex Berenguer. 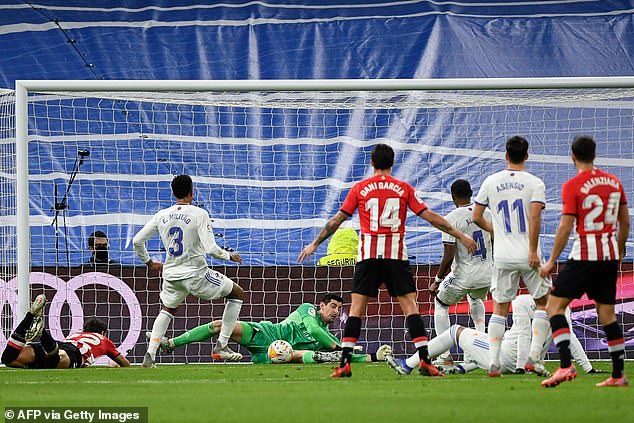 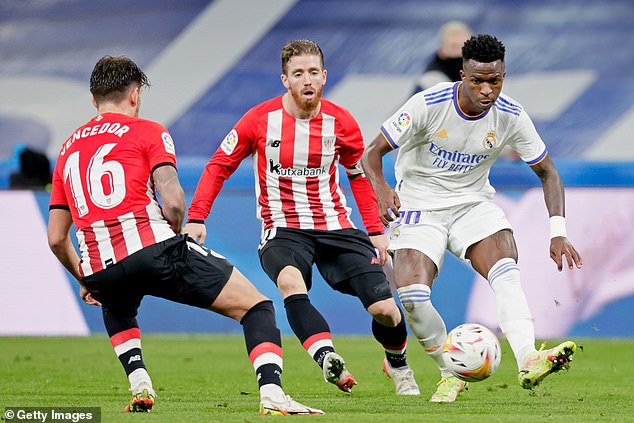 In the first period Iñaki Williams was guilty of several misses. First he bent a shot narrowly wide after being sent over the top by Munian and then, when David Alaba allowed another long ball forward to bounce over his head Williams missed again.

He was smart to see the error and latch on to it but then his first two touches were poor and the ball ran harmlessly to safety.

Carlo Ancelotti made light of the fact that his team had dominated the first half without creating too many clear cut chances and then struggled having gone ahead. He said: ‘I liked the second half performance more than the first half display because in the first we had all the ball but no punch.’

His team go into Saturday’s game with Real Sociedad clear of the field. But it’s clear they cannot give so many chances to a team that will punish them in a way Athletic were not able to.

The visitors finished with everyone including their own goalkeeper in the Madrid area for a corner. It was Courtois had the last touch of the game pushing the kick away to safetly. 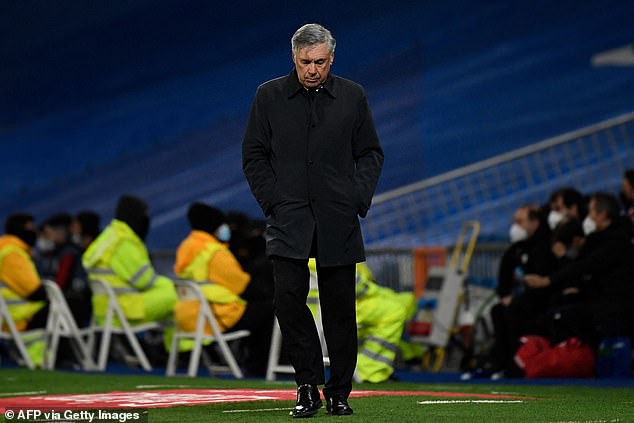