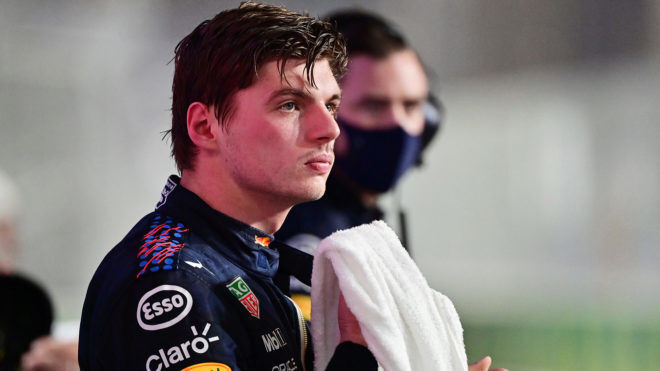 After Lewis Hamilton drove into back of Max Verstappen at the Saudi Arabian GP, the Red Bull driver has indicated that his Mercedes rival didn’t want to overtake when he should have.

Verstappen was ordered to give back a place to Hamilton after he gained an advantage, but as the Dutchman slowed, the Mercedes driven by the seven-time champion crashed into he back of the Red Bull.

“I slowed down,” Verstappen said. “I wanted to pass him and drove on the right side of the track.

“He didn’t want to overtake me and then we hit each other. I don’t really understand what happened there.”

Overall the race had plenty of action, with three standing starts, a safety car and multiple virtual safety cars, plus crashes a-plenty with Verstappen and Hamilton now level on points in the Drivers’ Championship after the latter claimed victory in Jeddah.

“It [the race] was quite eventful,” Verstappen went on. “A lot of things happened that I don’t fully agree with but it is what it is.

“At least I tried to give it everything on track and was not sure the tyres were lasting to the end. It was good at the beginning of that last stint. Nevertheless, it’s still second place.”