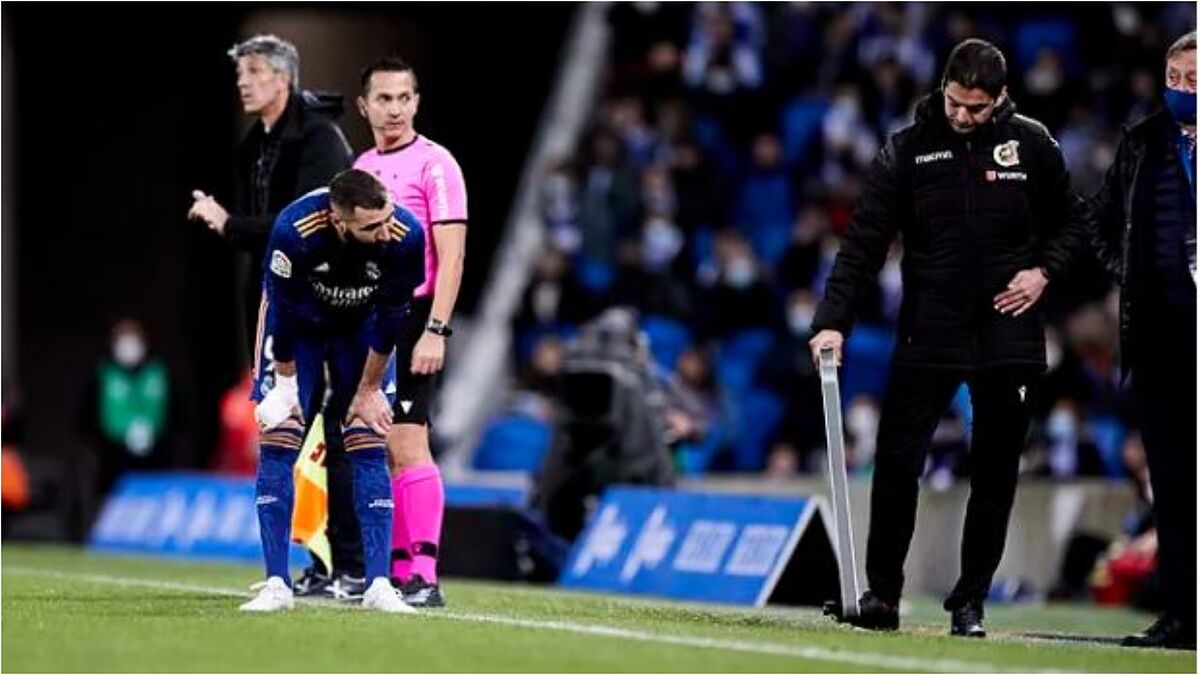 Karim Benzema appeared to suffer a hamstring injury during Real Madrid‘s 2-0 win away at Real Sociedad last Saturday, with it initially thought that he could be out for a few weeks.

However, tests have shown that the 33-year-old has not suffered a serious injury and he could even feature against Atletico Madrid in the derby next weekend.

Benzema has been in scintillating form so far this season, having scored 17 goals and provided 12 assists in 20 games in all competitions, and his link-up play with Vinicius Junior has been one of Real Madrid‘s main weapons this season.

Fortunately for Carlo Ancelotti and perhaps even Benzema himself, Luka Jovic stepped up in the Frenchman’s absence against La Real by providing an assist and then getting on the scoresheet, so there is no immediate need to rush back the No.9 in time for Los Blancos‘ Champions League fixture at home to Inter.

Instead, Jovic will likely be given a chance to start up top against the Nerazzurri, as Real Madrid need at least a draw to make sure they finish as group winners.