Jamie Carragher felt Ralph Rangnick put his stamp on Manchester United right from the start of his first game in charge of the club.

Rangnick, 63, took the reins for the first time on Sunday as the Red Devils hosted Crystal Palace. It was far from a vintage display from the home side but they managed to earn a 1-0 victory. The goal came for an unlikely source as midfielder Fred struck from distance on 77 minutes.

Rangnick’s relief and delight was evident on the sidelines as they held on to take all three points. He only had a couple of days to work with the players ahead of facing the Eagles.

But, after the farcical last few weeks of Ole Gunnar Solskjaer’s time in charge, Carragher saw a new philosophy from the off.

“I was impressed with Manchester United,” he said on Sky Sports. “From the fact Ragnick put a stamp on the team from day one.

“That was a criticism of Ole Gunnar Solskjaer and it’s a similarity with Klopp and Tuchel. He put a stamp on it straight away, with his system and pressing from the front.

“The top managers – certainly these German managers that have come in when the season’s already started – they put the stamp on their team in game one, Tuchel and Klopp, two of the best managers in Europe.

“Whatever you say about United’s performance yesterday, Rangnick put that stamp on his team.”

Rangnick project not a big enough draw for Cavani

Despite the prospect of better times at Old Trafford, one player seems ready to exit in January. Edinson Cavani, 34, enjoyed an excellent first season at the club.

The Uruguay international scored 17 goals in 39 matches across all competitions, promoting him to stay for another campaign. But since Cristiano Ronaldo returned in the summer, his game time has diminished considerably.

The South American has made only two Premier League starts among five appearances, scoring once. And, according to Italian outlet Tuttosport, he may be looking for a winter exit strategy.

He is said to be ‘already looking around’ at new clubs with the January window less than a month away. The veteran is in the final year of his contract. 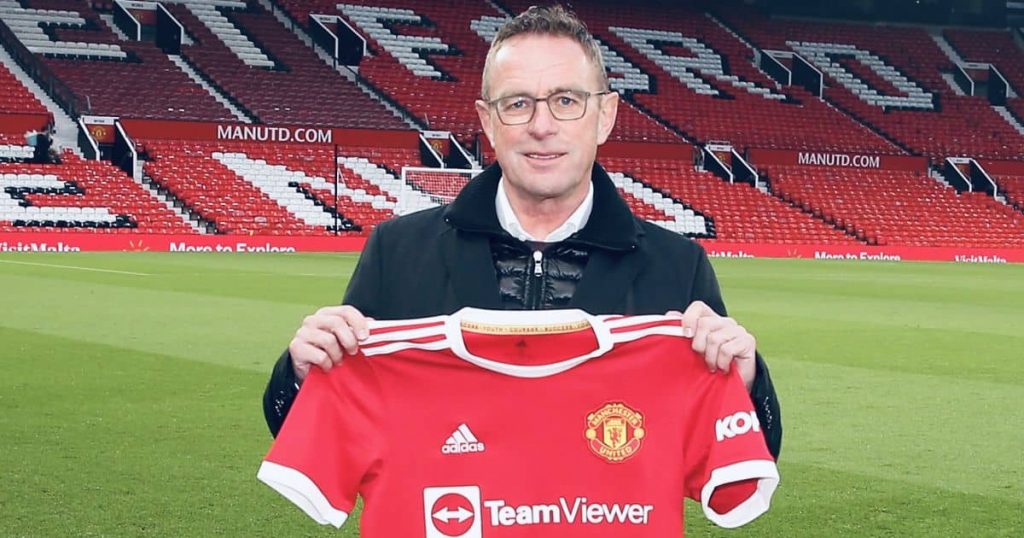 Therefore, he will be free to negotiate a pre-contract agreement with overseas clubs come January 1. Alternatively, if a suitor is willing, a cut-price offer could be tabled.