Casemiro claims Real Madrid target Kylian Mbappe is ‘compatible with any club in the world’, as he backs the PSG star to strike up a deadly partnership with in-form Vinicius Junior if he moves to the Bernabeu

Real Madrid midfielder Casemiro believes PSG forward Kylian Mbappe would fit in perfectly if he joins the club, and is already getting excited by the prospect of the World Cup winner playing alongside Vinicius Junior.

The Spanish giants tried to sign Mbappe in the most recent transfer window, but were unable to agree a deal with PSG.

However, the 22-year-old’s future remains far from certain, with his contract at the Parc des Princes set to expire next summer. As things stand, he will be able to walk away from the club for free at the end of June. 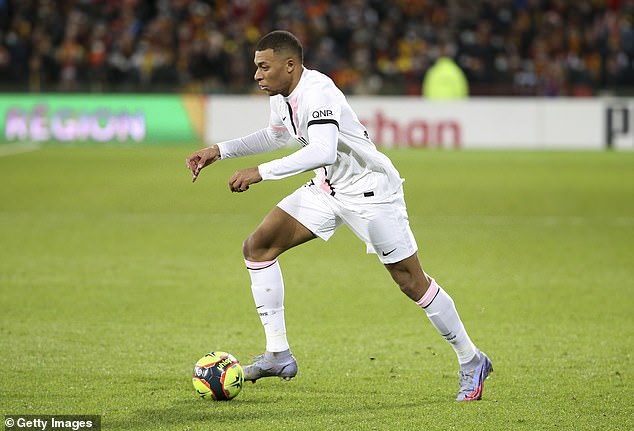 Recent reports have suggested that he is edging nearer to a move to Madrid, and Casemiro is confident Mbappe will settle into the side quickly if the transfer goes through.

‘Mbappe is not our player, but he is, of course, a great player’, Casemiro said in the pre-match press conference ahead of Real Madrid’s Champions League clash with Inter Milan on Tuesday.

Mbappe has shone in Ligue 1 this term, netting seven goals to help open up an 11-point lead at the top of the table for Mauricio Pochettino’s men. 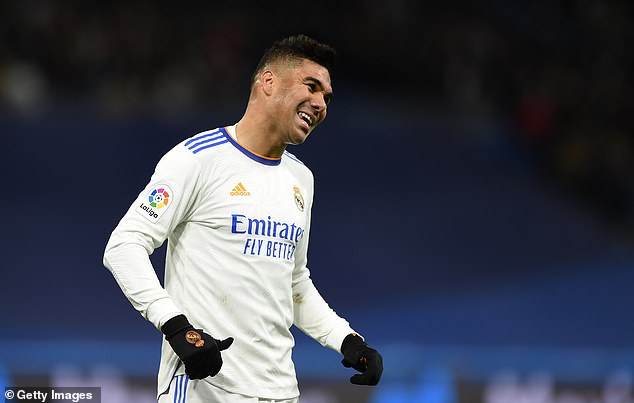 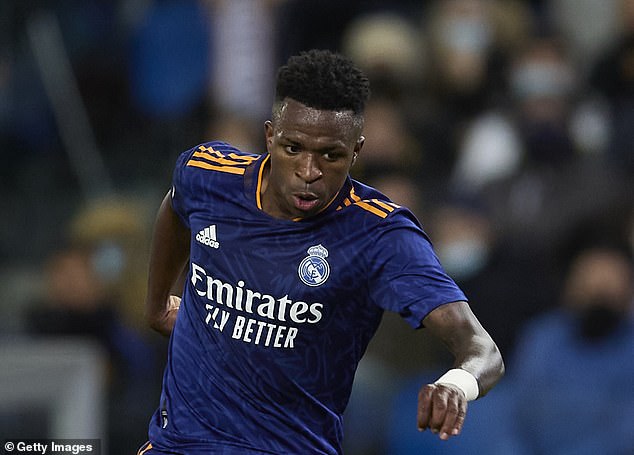 Vinicius Junior has been on top form this season, and could be playing alongside Mbappe soon

He has been outdone in the scoring stakes by Madrid’s Vinicius, though, with the young Brazilian talent finding the net on 10 occasions in LaLiga.

Casemiro thinks the duo could form a lethal partnership next season should Mbappe choose to move to the Spanish capital.

‘Vinicius and him are in a great moment of their careers and they will be compatible’, he added.