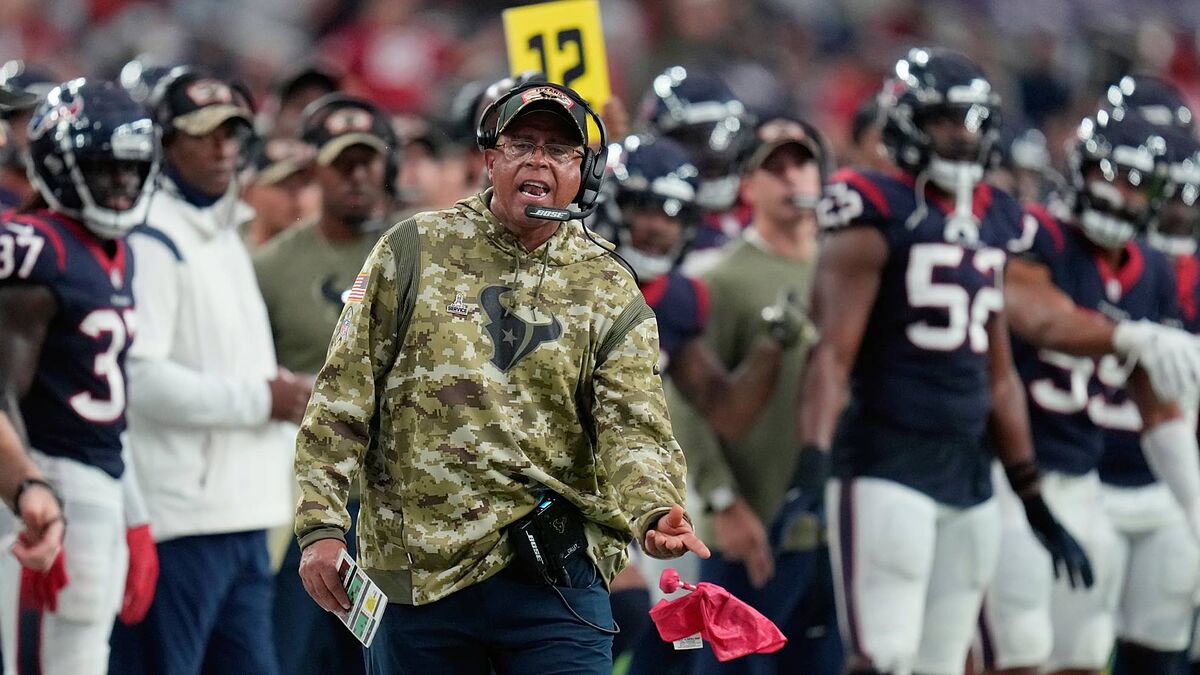 Another terrible offensive performance by the Houston Texans this weekend has coach David Culley considering a quarterback change.

Culley benched Tyrod Taylor for rookie Davis Mills in the third quarter of a 31-0 loss to Indianapolis on Sunday and he said Monday that Taylor could lose his starting job.

Culley was asked what the most important factor will be in choosing who will start Sunday when the Texans host the Seattle Seahawks (4-8).

“After we keep evaluating what we are doing and just see where we need to go and what gives us the best chance to win,” he said. “We’ll make it based off of that. It will be later on in the week.”

Taylor struggled from the start Sunday when he threw an interception on the first play. Houston fumbled on the second possession and Taylor was benched late in the third quarter with the team trailing 21-0.

Culley said the right-handed Taylor hyperextended his left wrist Sunday, but that he could have finished the game if they needed him. He was 5 of 13 for 45 yards.

Before Sunday, Culley had been staunch in his support of Taylor and as late as last week, he said that he would remain the team’s starter if he was healthy. On Monday, Culley was asked if contemplating benching the 11-year veteran was difficult after being so adamant about him keeping the job previously.

See also  Maya Angelou Quarter: Why is Treasury distributing a quarter of US dollar with her face?

“No, not when you are looking at the way we’ve been playing, how our offense has been playing,” Culley said. “Obviously, the job of our quarterback is to score points and get us in the end zone and we haven’t done that very well and we are going to see what we can do to get that corrected. That’s why we are doing the evaluation right now.”

Mills, a third-round pick from Stanford, didn’t turn over the ball after taking over, but he also was unable to get the offense going. He threw for 49 yards as the Texans punted on two of his possessions and turned the ball over on downs on three others.

Mills lost all six starts this season when filling in for Taylor after he injured a hamstring in Week 2. Mills returned to the bench when Taylor came back against the Dolphins on Nov. 7. Mills has struggled with turnovers and has eight interceptions with seven touchdowns.

Taylor had three touchdown passes and no interceptions in his first two starts, but he’s also had trouble with turnovers since his return. He has five interceptions with just two TD passes in the past four games.

Culley isn’t sure why Taylor has been turning the ball over so much lately, but said the turnovers are the No. 1 reason why he’s evaluating the position.