Hungary manager Marco Rossi has all but confirmed that Fenerbahce defender Attila Szalai will be moving to Chelsea in the January transfer window.

The Blues have made signing a new centre-back top of their agenda due to the contract situation of a number of their stars. Antonio Rudiger is out of contract at the end of the season and showing no signs of extending his deal. Thiago Silva’s time is also up next summer while Andreas Christensen and Cesar Azpilicueta are in the same boat.

The west Londoners are hopeful that Brazilian Silva will ink a new one-year deal. And Thomas Tuchel is eager for Christensen to remain at the Bridge if fresh terms can be agreed.

Azpilicueta looks set to move to Barcelona, with owner Roman Abramovich planning a big send-off for the Spaniard. Therefore Tuchel needs help to shore up his rearguard and Szalai looks to be on his way.

Likened to Liverpool ace Virgil van Dijk, the 23-year-old has been turning heads with his displays for club and country. Having joined Fener in January last year, he made 22 appearances in all competitions during the second half of 2020-2021.

And the centre-back has enjoyed 22 outings already this term, with 14 in the Super Lig. He played the full 90 minutes for Hungary in their three group games at Euro 2020.

Despite failing to advance to the last-16, Magyarok earned creditable draws against both France and Germany. And it is his national manager that appears to have spilled the beans on the stopper’s future, according to Calciomercato (via Football Italia).

“It’s hard to name just one player, but right now I see very well Attila Szalai, who plays for Fenerbahce, but I think he is joining Chelsea,” he said.

Chelsea have made an excellent start to their Premier League campaign. But defeat to West Ham at the weekend saw them knocked off the top of the standings.

Tuchel arrived to steady the ship, ending the season with Champions League glory. He will not want a repeat this time around and so new faces may arrive next month.

Szalai could be one after a fee was reportedly agreed and Rossi feels all that remains is to put pen to paper. 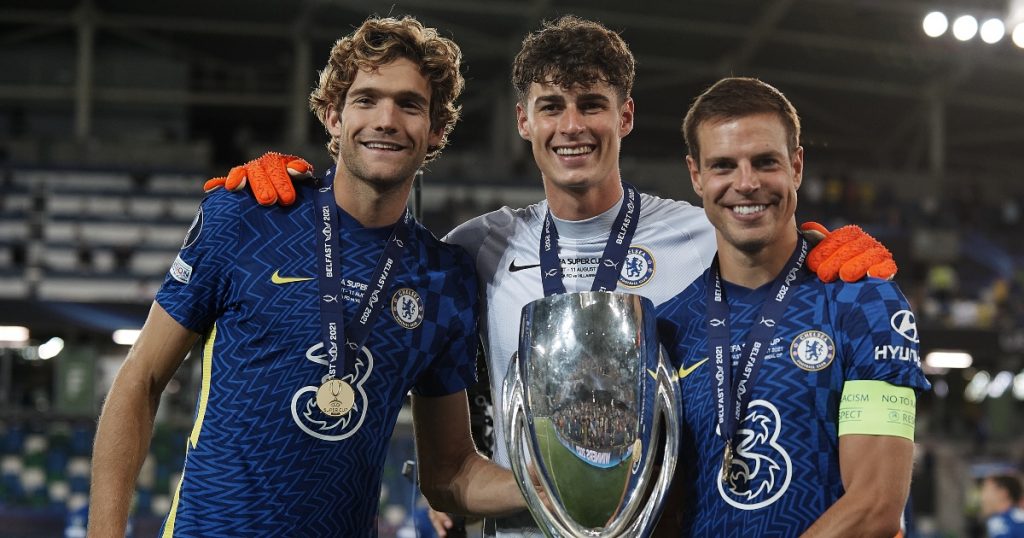 “Clearly, he has been followed by important clubs in Spain, but apparently his move to Chelsea is a done deal. It would be a great player also for Italian football,” he added.