Southampton have signed veteran goalkeeper Willy Caballero on a short-term contract to help get through the busy festive season.

Injuries to number one shot-stopper Alex McCarthy and back-up Fraser Forster have forced Ralph Hasenhuttl’s hand. McCarthy has featured in all 15 of Saints Premier League games this term. But he injured a hamstring in Saturday’s 1-1 draw with Brighton.

It was an injury that ultimately cost Southampton two points, as Neal Maupay scored right at the death. Second-choice keeper Fraser Forster is also sidelined, leaving 23-year-old Harry Lewis as the only fit custodian.

That was not a situation that the manager was prepared to put up with and he has taken action. Caballero, 40 has arrived at St Mary’s as a free agent, per The Independent.

The Argentinian has penned a deal until January 5 when it is hoped that Saints regular keepers might return from the treatment room. The former Manchester City and Chelsea player completed his medical on Monday.

He is now ready to begin training with his new team-mates ahead of Saturday’s trip to Arsenal. The south-coast outfit sit 15th in the top-flight standings and are six points above the relegation zone.

It has not been a vintage campaign for the club but they are not yet in relegation trouble. But, with a key games on the horizon, they did not want to leave themselves exposed at the back.

Following the Gunners clash, they face matches against Crystal Palace and Brentford before facing West Ham and Tottenham.

Taking points from sides around them in the table is vital to stay out of trouble.

Caballero was at City between 2014 and 2017, acting as back-up at the Etihad. He made 23 top-flight appearances and 48 in all competitions.

A move to Stamford Bridge followed, with four years spent warming the Chelsea bench. The former Argentina goalkeeper enjoyed only 11 league outings with the Blues.

But he did play 38 times in total, with various managers giving him game time in cup competitions. Since leaving the west Londoners in the summer, Caballero has not played but has been training with AFC Wimbledon. 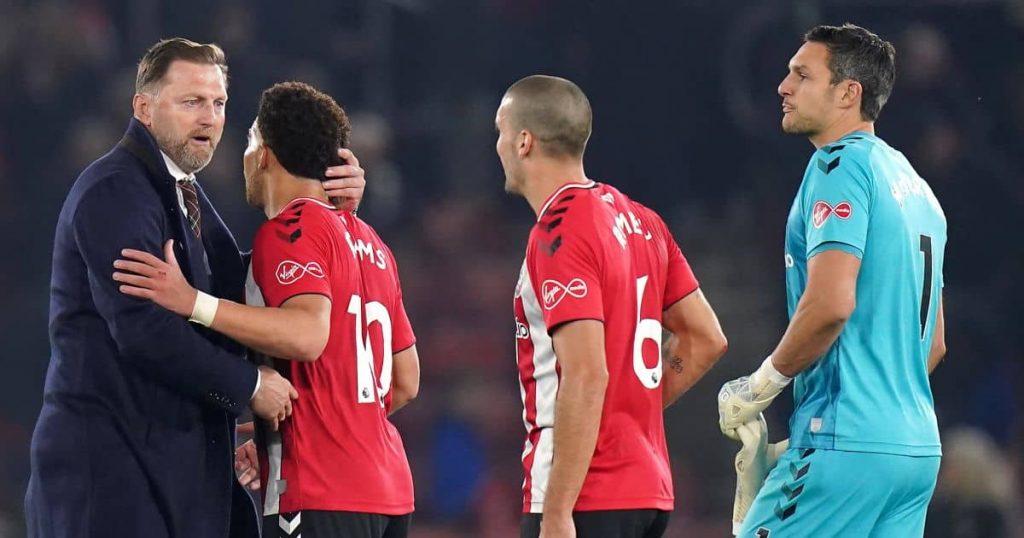 The South American was looking to keep up his fitness levels in case he got the call. Saints have now obliged and the former Malaga ace is ready to hit the ground running.

READ MORE: Ralph Hasenhuttl admits he has had to change his Southampton plans