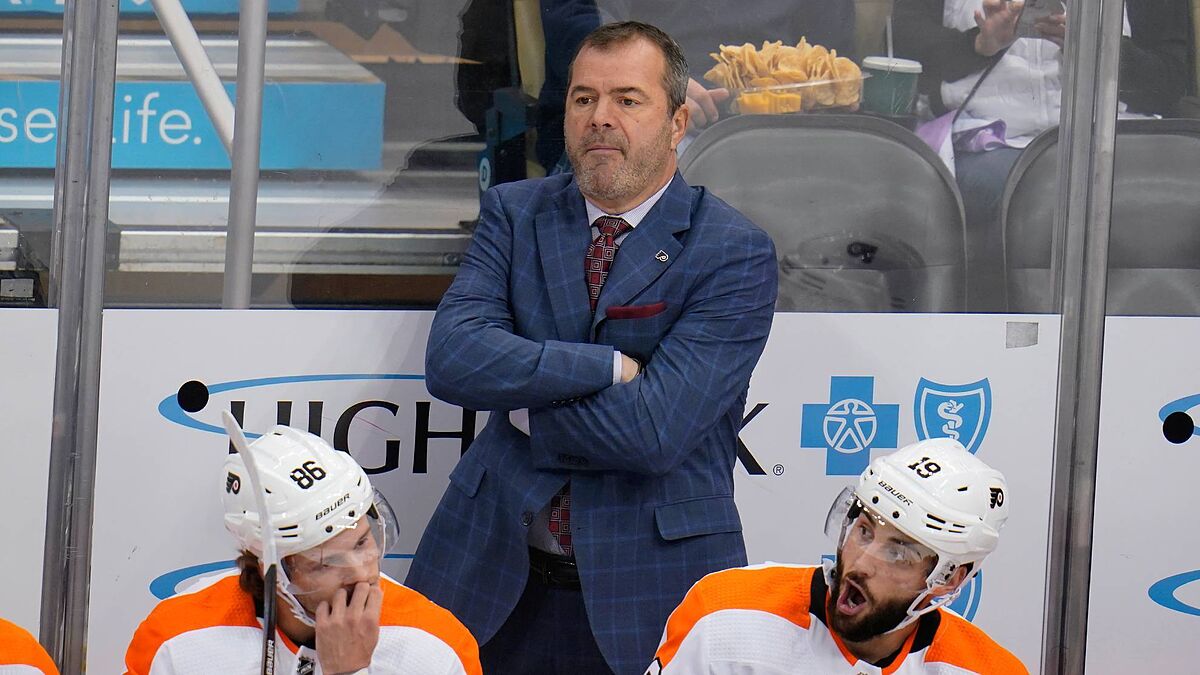 The Philadelphia Flyers have fired coach Alain Vigneault following eight straight losses, two shy of matching a team record of 10 in a row, a person with knowledge of the situation told The Associated Press on Monday.

The person spoke to the AP on condition of anonymity because the firing hadn’t been announced. There was no immediate word on an interim coach.

The Flyers have been one of NHL’s biggest flops of the season. Their latest loss was a 7-1 defeat by Tampa Bay on Sunday night that sealed Vigneault’s fate.

Vigneault lasted just 2-plus seasons in Philadelphia and never could lead the Flyers in the right direction this year after a promising first season in which he led them to the No. 1 seed in the Eastern Conference in the NHL’s restart bubble.

“The guy that is the leader of this group who has both his hands on the steering wheel is me and I have to find a way to get this group to play better,” he said Sunday. “We are in a bad skid right now and we need to end this. We have an opportunity tomorrow night and hopefully we will play better.”

The Flyers are scheduled to play Monday night against Colorado.

Vigneault had led the New York Rangers and Vancouver Canucks to the Stanley Cup Final and was trying to do the same in Philadelphia, where the Flyers haven’t won it all since consecutive championships in 1974 and 1975.

The Flyers instead are trying to avoid a 10-game losing streak for the first time since the 2018-19 season.

See also  Liverpool are 11 games away from an unprecedented quadrable