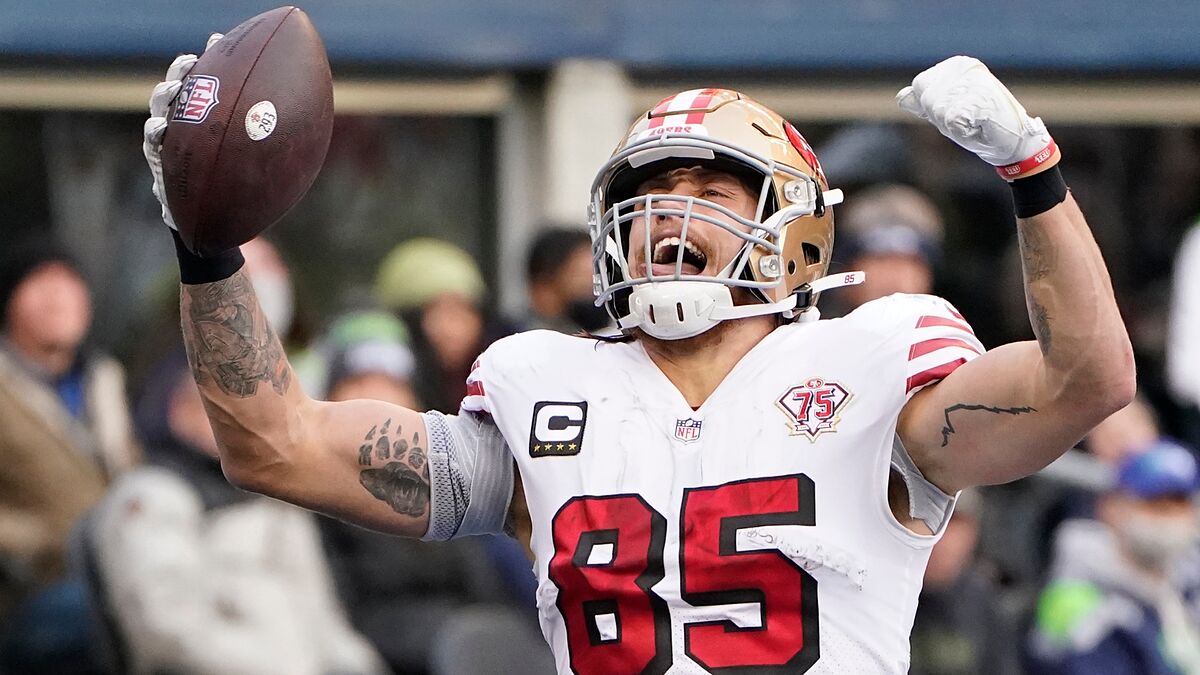 It is the time of year in the NFL season in which Fantasy Football players in standard leagues are looking to get into the playoffs in their leagues, and Sunday’s slate of games surely made or broke many playoff aspirations.

Look no further than San Francisco 49ers tight end George Kittle. In standard fantasy leagues, Kittle put up a jaw-dropping 32 points when his expected point total was only 8.61.

Kittle had a career day in San Francisco’s 30-23 loss to the Seattle Seahawks, as he stockpiled nine receptions for 181 yards and two touchdown receptions.

Heading into the day, Kittle was coming off a performance in which he mustered just one fantasy point for owners, and a season-best 16 coming in week nine against Arizona. Kittle then went out and doubled that output on Sunday in Seattle.

Dallas Goedert won the starting tight end job in Philadelphia this year, prompting the Eagles to trade Zach Ertz to the Arizona Cardinals midseason. But Goedert hasn’t been that much help for fantasy owners…. until Sunday.

Considering that Goedert laid a goose egg last week and had just two double-digit games all season, a 10-point performance in week one and 11 points in week four, fantasy owners with Goedert in their starting line-up will not be able to help but smile for the next week.

Denver Broncos running back Javonte Williams took full advantage of an injury to teammate and fellow running back Melvin Gordon and posted a monster day with 102 yards on 23 carries, plus six receptions for 76 yards and the lone Broncos touchdown in a 22-9 loss to the Kansas City Chiefs.

Williams had enjoyed some big days recently, with a 13-point outing against the Dallas Cowboys in week nine and 16 points last week against the Los Angeles Chargers, but Sunday’s 25-point outburst likely swung many fantasy match-ups.