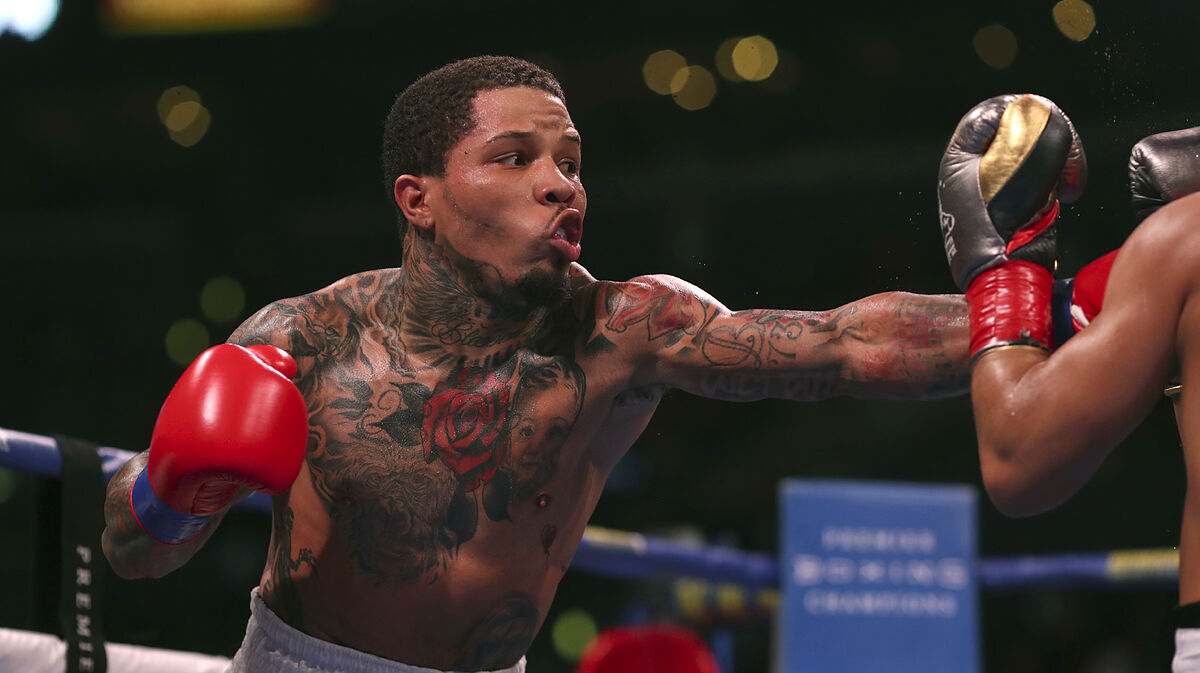 A three-weight boxing world champion, Gervonta Davis is one of Floyd Mayweather‘s biggest stars and added to his win tally with a unanimous decision victory over Isaac Cruz on Sunday.

It was only the second time in his 26-fight professional career that ‘The Tank‘ hasn’t knocked out his opponent as he remained undefeated in the ring.

And delivering such explosive results has seen Davis‘ reputation grow exponentially and there’s no sign in it stopping.

However, he has earnt some criticism from Ryan Garcia, another unbeaten US boxing starlet.

“Gervonta gets away with fighting C-level fighters, out of all the lightweights he’s the weakest!” said Garcia.

“His toughest test was Leo Santa Cruz, he almost lost tonight. Bring it on, I’ve been calling you out for a while.”

How much does Gervonta Davis earn?

Each fight in boxing is worth a different amount depending on the reputation of each boxer and the public interest in the fight.

Reports suggest that Davis‘ fight against Mario Barrios for the WBA super-lightweight belt in June earned the American over five million dollars, which was his biggest payday of his career at the time.

Previous fights had earned him more and more as he continued to knock out whoever was put in front of him.

What is Gervonta Davis’ net worth?

According to multiple sources, The Tank has a rumoured net worth of between four and six million dollars, but that figure is likely to have been increased after his win against Cruz on Sunday.

See also  Will Mike Krzyzewski return to Duke? One of his former players sees it possible

Davis often posts pictures of his luxury cars on social media with a Rolls Royce, a Lamborghini and a Ferrari in his own personal garage.

Should Gervonta Davis decide to get in the ring with Ryan Garcia, that would generate a lot of interest in the boxing world and would no doubt bring about a hefty boost in both his net worth and earnings.