Liverpool manager Jurgen Klopp has insisted that Mohamed Salah and the club need more time over a potential new contract for the forward.

The Egypt international is enjoying outstanding form so far this season following 19 goals in 20 games. He struggled for chances against Wolves on Saturday, but he still proved crucial.

Indeed, his first touch and subsequent pass for Divock Origi’s winner was his ninth assist of the Premier League season.

But hanging over his stellar spell in front of goal is his contract situation. Salah’s deal expires in the summer of 2023 and talks over an extension have been ongoing for some time.

Salah insisted in October that he cannot ever see himself at any other club but Liverpool. More recently, he said that while he is happy, those above him at the club “have to solve” the issues over his deal.

Asked if that meant he had a role in talks, Klopp hinted that time could solve those problems. He said at a press conference: “You know exactly what it’s about and we are talking.

“Extending the contract of a player like Mo is not something you do where you meet for a cup of tea in the afternoon and find an agreement.

“There’s really nothing else to say about Mo. He speaks about it when he gets asked about it. I can only say a few things because the rest is not for the public obviously.

“Mo is fine, I’m fine. I think what we all want is clear and things like this need time. That’s it.”

Klopp would not say whether Salah would start or even play against AC Milan on Tuesday. Liverpool’s final Champions League group stage game is a dead-rubber for the visitors, who have already secured top spot in Group B.

However, Milan can sitll qualify. As such, it is a shootout between Stefano Pioli’s side, Atletico Madrid and Porto for second place.

As for who could play for Liverpool, Klopp admitted “we have to rotate” after playing an almost unchanged team for the past three games. 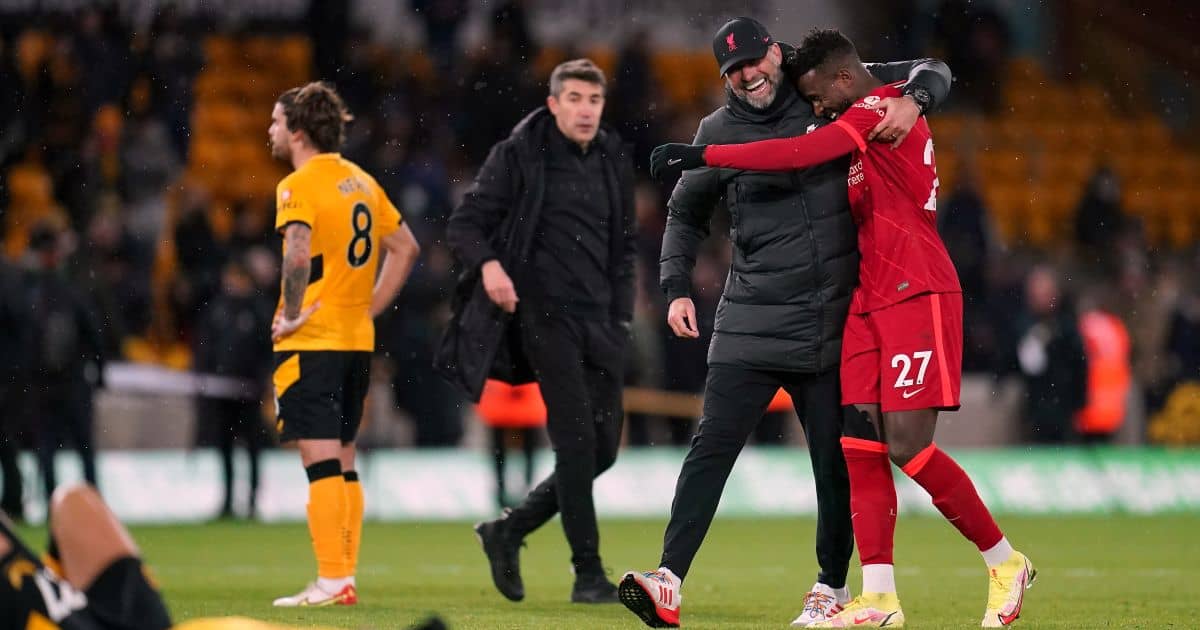 Striker Divock Origi is “pretty likely” to get his chance, Klopp jokingly confirmed, following his late winner against Wolves.

However, Klopp is unsure whether Curtis Jones, Joe Gomez, Naby Keita or Roberto Firmino will all return from injury.

“We have to see. Again, I’m in the hands of the medical department pretty much because I have to accept all their decisions,” he said.

“We have players who have played a lot of games. The good thing about the Champions League is that we have the chance to change five times and that’s what we will use.

“It’s possible that those from injury have a few minutes, but it’s difficult to start if you’re not able to play 45.”

Liverpool beat Milan 3-2 at Anfield in their first group game, scoring early and then recovering from a setback.