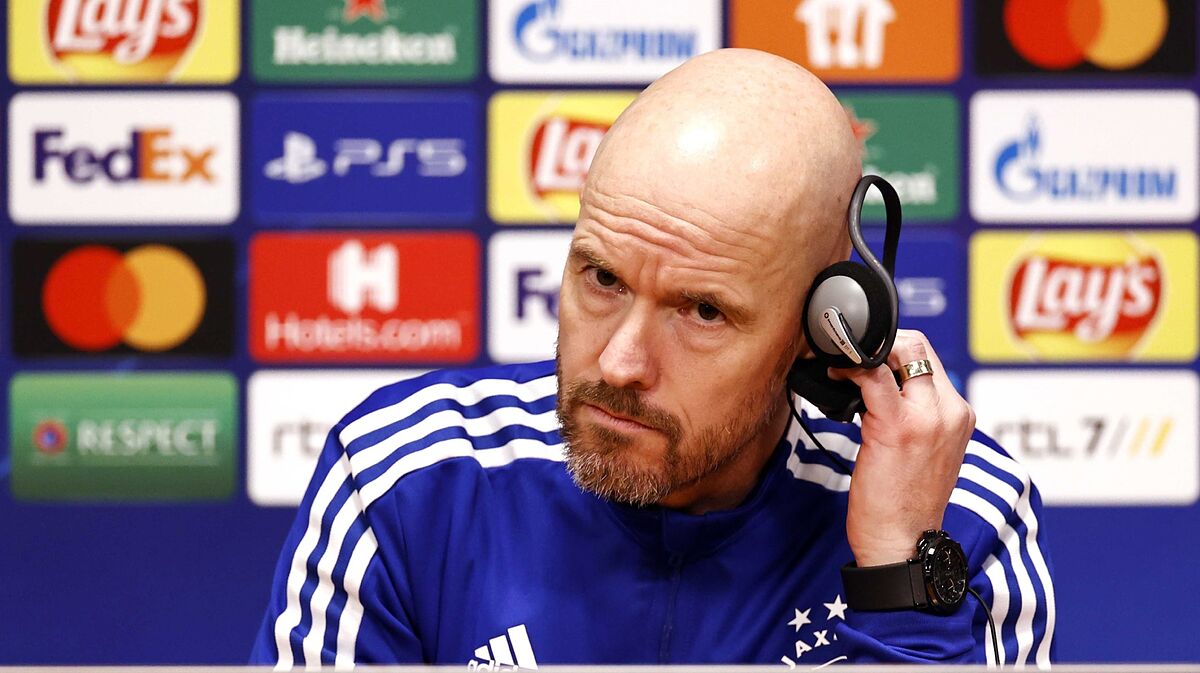 Ajax boss Erik ten Hag has dropped a big hint that he could be leaving the Dutch giants soon, with Manchester United reportedly keen on bringing him to Old Trafford.

Manchester United‘s interim manager, Ralf Rangnick, won his first game in charge against Crystal Palace last Sunday, but he will only be at the helm until the end of this season.

The 51-year-old Ten Hag was reportedly offered the role by Manchester United, but he expressed a reluctancy to leave Ajax mid-season, with the club top of the Eredivisie and through as group winners in the Champions League, having won all five games this season.

“I think I’m ready for it [to move to a top foreign club],” Ten Hag responded when asked by the Dutch news outlet de Volkskrant.

“I would be happy to take up that challenge, but I’m not chasing it. If it turns out that that step will never come, I will not say that my coaching career has failed.

“But I think I have sufficient qualities to take on that challenge.”

The Ten Hag era at Ajax

A move abroad is the next step for Ten Hag, who has been in charge at Ajax since 2017 and has won everything there is to win in the Netherlands with the club.

An outstanding 73 percent win record with Ajax is encouraging for United should they secure his services, and that could help to create links between the clubs for transfers.

Daley Blind and Edwin van der Sar are both former United players on the playing and coaching staff at the Amsterdam Arena, while Donny van de Beek is a former Ajax player at Old Trafford.

Bringing Ten Hag to the club could see more Ajax stars move to England, with highly-rated winger Antony a rumoured target due to his excellent performances in the Champions League this season.

There could be tension, however, due to Ten Hag‘s previous comments regarding United‘s management of Van de Beek.

“Donny, I find that [situation] hard [to understand]. [It’s a] mortal sin,” he commented.

“If you haven’t had a chance yet, then development will also stall. Every now and then you encourage them.”