Pep Guardiola has warned star playmaker Kevin De Bruyne that will need to fight to win back a regular place in the Manchester City side.

The Belgium playmaker has had a frustrating start to the current campaign. He initially lacked match fitness after injuries robbed him of a pre-season before other knocks and then contracting Covid prevented him building any momentum.

He returned to action as a second-half substitute in City’s Premier League victory at Watford on Saturday. However, competition for starting spots in Guardiola’s team are fiercer than ever this term.

“After that he got coronavirus. Now he has to come back and fight for a position like everyone else.

“Kevin doesn’t have to show absolutely anything to me but he has to come back to being himself and show himself he’s back, and do what he has to do. Like he has done the last five or six years, every single three days.

“Of course the competition is so necessary and he knows it, but Bernardo (Silva) knows it, and (Ilkay) Gundogan knows it, and all the wingers and strikers know it.

“They know they have to play good, (whether) playing five minutes, 10 minutes or 90 minutes.”

De Bruyne back against Leipzig

De Bruyne has, however, been told he will start in Tuesday’s final Champions League group game at RB Leipzig.

Having already secured top spot in Group A, Guardiola is likely to make a number of changes and has confirmed that youngsters Cole Palmer, James McAtee, Romeo Lavia, Joshua Wilson-Esbrand and Conrad Egan-Riley will travel.

Guardiola said: “For them it’s an incredible experience to be in Europe and see how the opponents behave, how good they are. Maybe tomorrow some of them can play minutes because we have five substitutions. 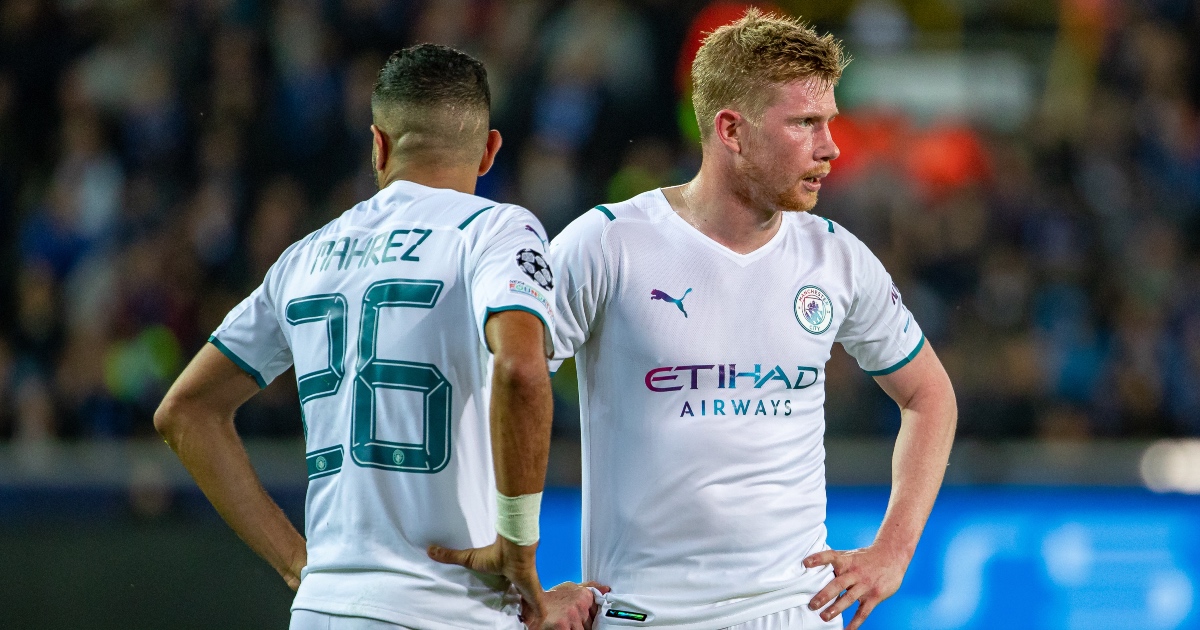 “Kevin, at the moment he got coronavirus, was growing in his physical condition and it was a setback. But that is normal because people who have suffered coronavirus, in the next days, feel so empty.

“It is step by step. He played his first 30 minutes and tomorrow he will start. We’ll see how many minutes he can play.”

Jesus left on the sidelines

One player who will not be involved is forward Gabriel Jesus, who is still feeling the effects of a cynical challenge from Watford’s Craig Cathcart at the weekend.

Guardiola said: “Gabriel cannot fly to Germany because of the orange-yellow card in the last game. He has a problem and he is not fit to play.”

The match is being played behind closed doors after a tightening of coronavirus restrictions in Germany.

Guardiola, who lost his mother to the virus last year, has no issues with that and has urged society to continue to exercise caution.

“Like the prime minister said – mask, social distance and be careful, because it is there. That is my concern.

“Would it have been better to play with the people? Absolutely, but if the authorities in Germany say we have to play behind closed doors it’s because the situation is dangerous.”