Multiple reports claim Newcastle United are keen to sign Lille defender Sven Botman in the January transfer window – but he will not come cheap.

The 21-year-old was part of the Lille side that defied the odds to win last season’s Ligue 1 title. The Netherlands Under-21 ace enjoyed 37 starts as Les Dogues edged out Paris Saint-Germain by a single point. Not surprisingly, a number of clubs have taken note of his displays.

Last summer, Liverpool, Tottenham and Wolves were all linked. And Botman confessed that, of the trio, the West Midlanders showed the most interest.

But, with the French club demanding €50m for the youngster, the Molineux outfit soon backed down. Manchester United have now emerged as possible suitors after Ralf Rangnick’s arrival.

A report over the weekend suggested the German tactician has put the Dutchman on a wish-list of four defenders. However, Newcastle’s interest has now been confirmed by sources in England.

And Belgian football expert Sacha Tavolieri has backed up those claims. He took to Twitter (via Sport Witness) to suggest that the starlet is ‘well and truly’ on the ‘shortlist’ at St James’ Park.

The 6 ft 4in centre-back is said to have a ‘profile they like a lot for this winter’.

Any link to the Magpies should be taken with a pinch of salt as they have been linked with many players. But, with cash to spend, a reported price of £40m would not be beyond the north-east outfit.

Eddie Howe knows he has work to do to make sure the Magpies’ project stays on track. The Saudi-backed owners are willing to pump Millions of pounds into the club but do not want to watch Championship football.

Saturday’s first victory of the season was a start but there is a long way to go. One area of concern has been the goalkeeping position.

Keeping duties have been shared between Karl Darlow, Martin Dubravka and Freddie Woodman. However it seems as though Howe is not convinced by any of the trio.

And, with that in mind, the Tynesiders are being linked with a move for Benfica star Odysseas Vlachodimos. According to the Sunday Mirror, Newcastle have made contact with the Portuguese side over a transfer for the Greece international. 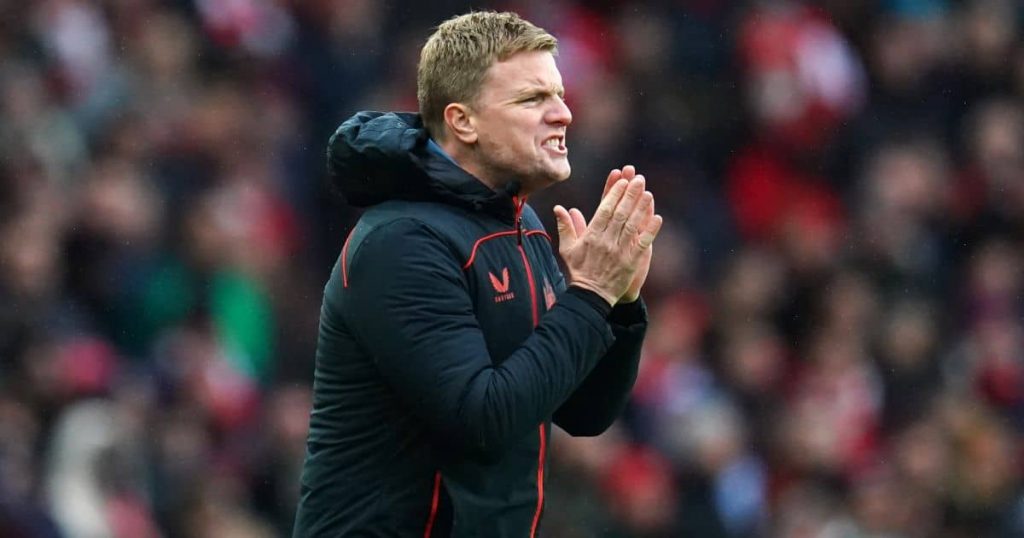 The 27-year-old is said to be keen on a move to the Premier League and has been priced in the region of £30m.