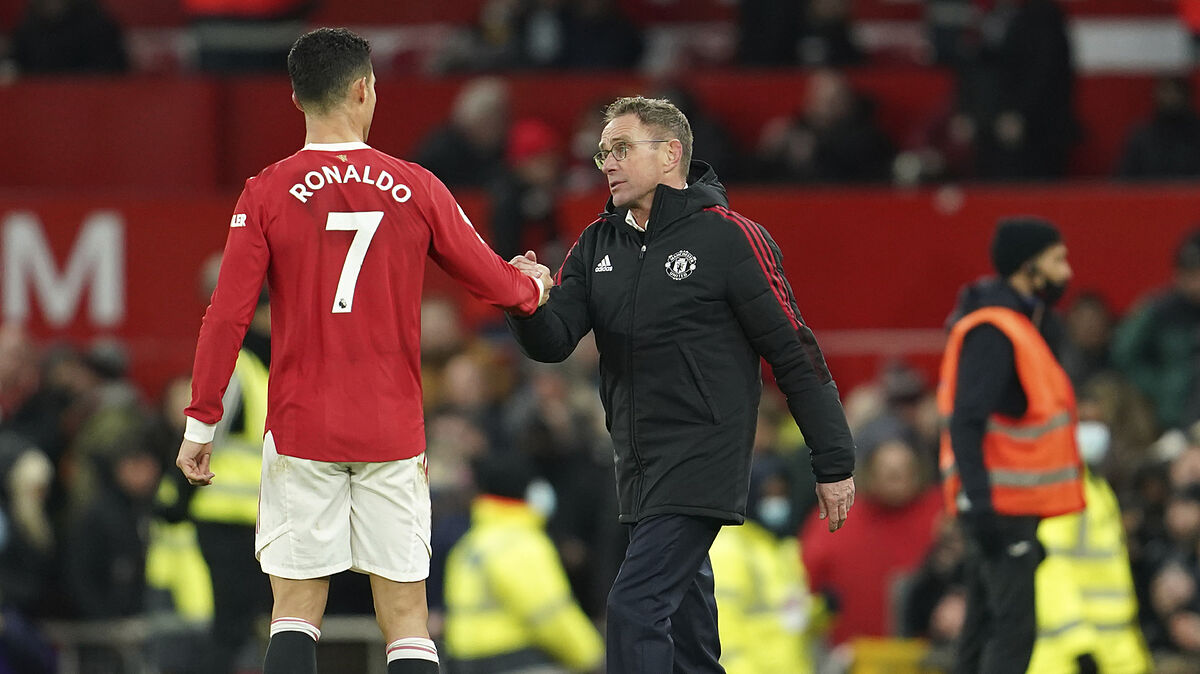 Manchester United‘s first game under the guidance of Ralf Rangnick ended in a slender 1-0 win over Crystal Palace on Sunday, as the German stamped his mark on the side.

He named an unchanged side from the one that edged past Arsenal on Thursday, but it was a very different style of football compared to the 3-2 win against the Gunners.

From the very first whistle, there was an intensity to the press that had been severely lacking all season and that full throttle start got the Old Trafford faithful on side straight away.

The forwards did well

Marcus Rashford was one who really impressed with his work ethic as he started almost up front alongside Cristiano Ronaldo, who many believed wouldn’t be able to keep up with the constant pressure required by Rangnick.

Even though Rashford was brought off after 75 minutes, his efforts helped to set up the win as Fred swept home Mason Greenwood‘s pull back just a minute later.

While Rashford was the leader of the press, Ronaldo didn’t stand and let him do so, as some had suggested he would. The Portuguese superstar was far more effective in trying to win the ball back, which allowed United dominate possession of the game with 61 percent of the ball.

The almost 4-4-2 formation meant Bruno Fernandes did a lot of work in wide areas throughout the game and he was relatively ineffective as a result before being brought off for Donny van de Beek late on.

Fernandes has been United‘s standout performer since he joined the club in January 2020, but Ronaldo‘s return this summer has seen the 27-year-old fade somewhat into the background as his compatriot steals the headlines.

Rangnick will need to get Fernandes firing again if United are to be successful this season, with the title perhaps out of their reach already.