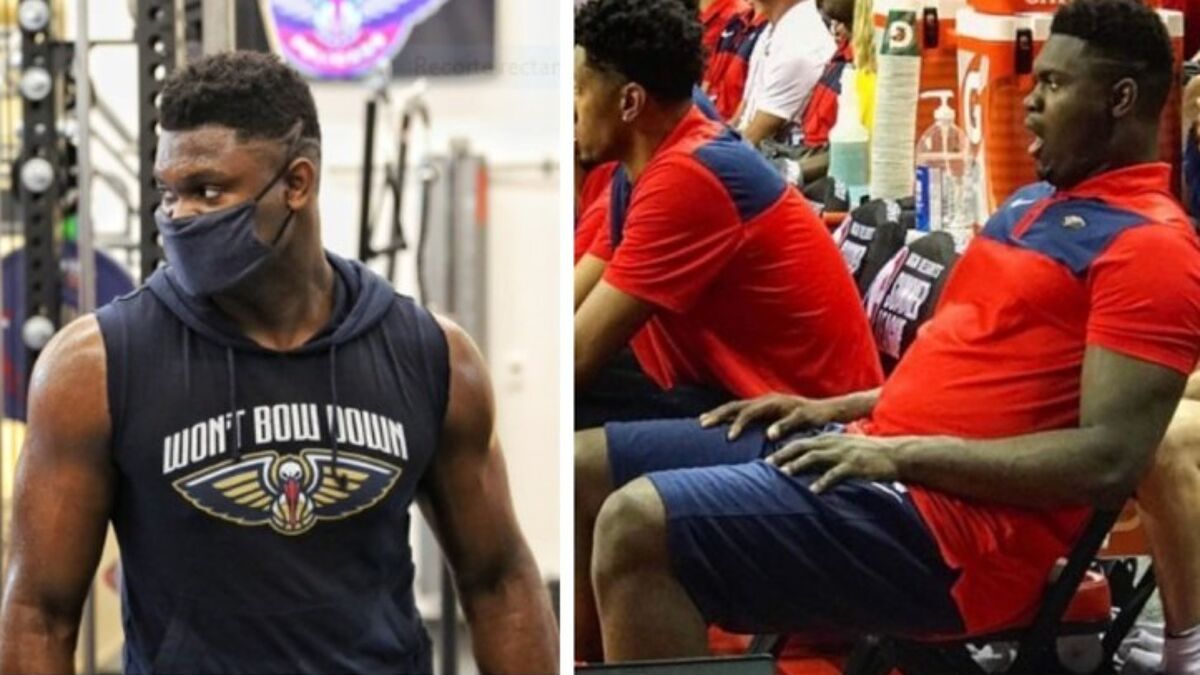 Zion Williamson has not played this NBA season, and his physical condition is a ticking time bomb. Although he briefly participated in full practice last week, Zion’s return was delayed due to discomfort in his surgically repaired right foot.

So far, the New Orleans Pelicans have not set a date for his return. While fans wait for him, the center usually accompanies the team on the bench during games.

On Sunday, Hustle Belt’s Steve Helwick posted a picture of Zion from the stands, and the usual reaction ensued: people made jokes about his weight.

“That’s a terrible angled photo! He just took this pic and you can see the difference! Stop trying to make him look bad!”, one fan wrote on Twitter. That forced Helwick to delete his post.

Williamson has suffered several relapses and has set off all the alarms about his fitness. First, the center announced that he had undergone foot surgery over the summer without notifying any member of the Pelicans.

That injury forced him to miss the start of the season, and he still has no return date.

The second issue of concern for the Pelicans is Williamson’s weight.

According to Bleacher Report, Zion has come close to 300 pounds over the summer and has appeared at Pelicans training camp with 11 kilos more than in his rookie season, reaching 129.

The latest picture, which went around the world, has set off alarm bells for NBA fans. Mainly because Zion could be one of the figures of the next decade.