PETE JENSON: Ultra-defensive Diego Simeone has little option but to go all-out attack with Atletico Madrid’s backline decimated by injury and suspension… and only victory in Porto tonight can rescue their Champions League hopes

Diego Simeone will pick the most attacking defence he has ever picked in his coaching career on Tuesday night as Atletico Madrid take on Porto – in part, he will do it because the team needs to win to stay in the competition, but in part it will also be because he has no choice.

The conservative coach whose ultra cautious approach in Europe saw him play a back-six last season against Chelsea, and two weeks ago play for the draw against Milan only to lose the game in the last few minutes, is not known for bold attacking team selections but he could have two wingers and a midfielder in his back four tonight as injuries and necessity means negativity has to be kicked into touch.

See also  When will Barcelona vanquish their money woes and return as a major European force?

Simone will be without his first choice central defenders, Stefan Savic and Jose Gimenez through injury. 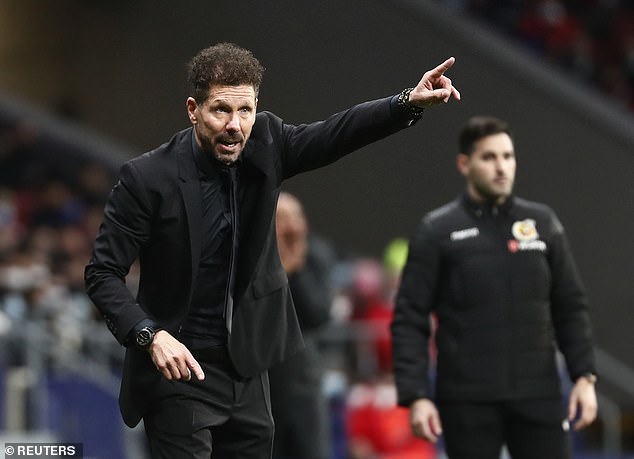 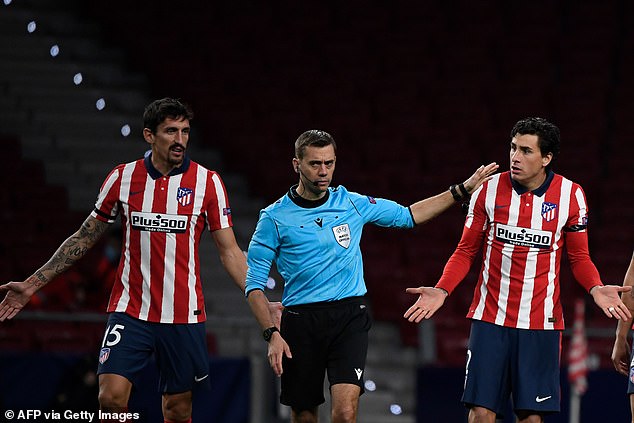 Simone will be without his first choice central defenders, Stefan Savic (L) and Jose Gimenez (R) through injury

There will be no Felipe after his sending off against Liverpool. And Kieran Trippier has not recovered in time from his shoulder dislocation.

That could see Simeone pick winger Yannick Carrasco at left back, attacking midfielder Marcos Llorente at right back, and midfielder Geofrey Kondogbia in the centre of defence. Mario Hermoso will be the only natural defender in the back four and he is a centre-back who prefers to play in a three rather than a four.

Even with his first choice midfielders Atletico Madrid have struggled this season to live up to their previously well-earned reputation for being difficult to score against. They have conceded more goals than games played in all competitions – something that has never happened before in the Simeone’s spell in charge.

The Argentine coach will clock up 10 years in the job on January 7 and his desire to win Atletico Madrid’s first Champions League is greater than ever. 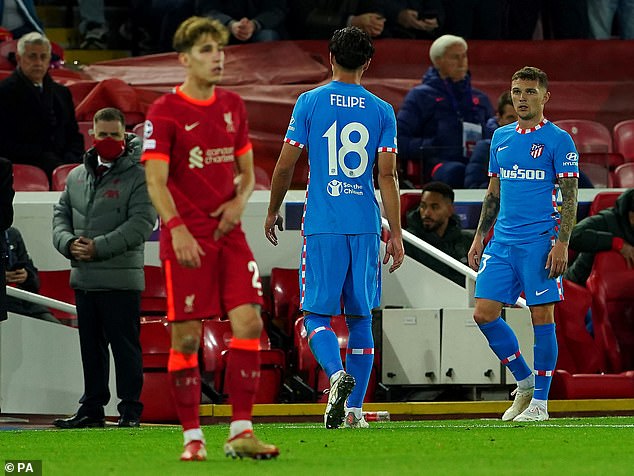 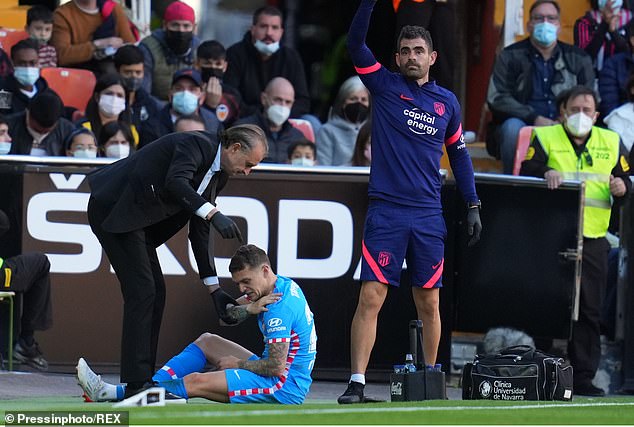 But Atletico have made a disappointing start to the season and at the weekend once again poor defending let them down as the were beaten by Mallorca for the first time at home in 15 years.

Hermoso – their last fit defender – was beaten in the air by Franco Russo for the first Mallorca goal. And Real Madrid loanee Take Kubo raced away in injury time to earn them all three points with a late winner.

Simeone has been criticised by some for failing to fix the defensive problems while not exactly getting the best out of his attacking options.

The good news on Tuesday night as they go in pursuit of a win by a greater margin than any Milan win over Liverpool is that will be able to call upon their illustrious band of attacking players. 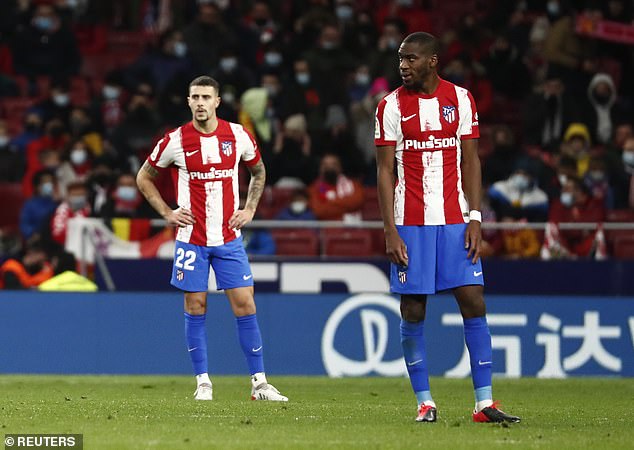 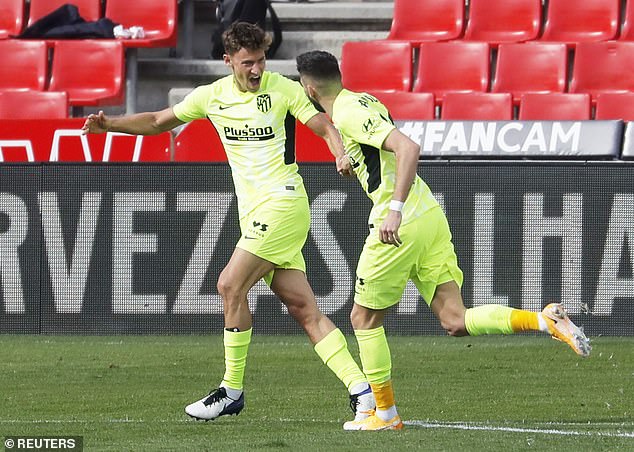 Luis Suarez is their top scorer in La Liga this season, and Antoine Griezmann has a point to prove after getting sent off against Liverpool.

If Suarez can follow up his goal at the San Siro and Griezmann can hit the heights too then Atletico have a chance. Joao Felix could also have a night to remember. He played for Porto at youth level before excelling at their rivals Benfica.

If it all goes wrong and Atletico crash out then the consequences will be financial as well as sporting. 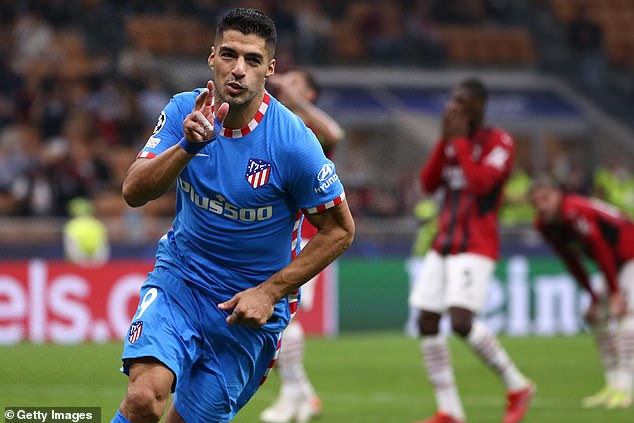 Reaching the Europa League will be small consolation. Winning it would bring in around £13m (€15m) for Atletico, a long way short of the £42m (€50m) in total that they would make from winning the Champions League.

They looked nothing like Champions League winning material when they were beaten by newly promoted Mallorca at the weekend.

Things might be very different come May but that’s no good to them if come May they are watching the last-16 on the television. Simeone must go against his natural instincts to make sure that doesn’t happen. 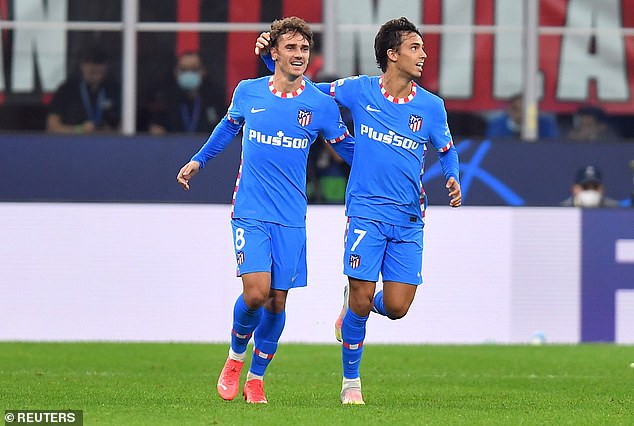