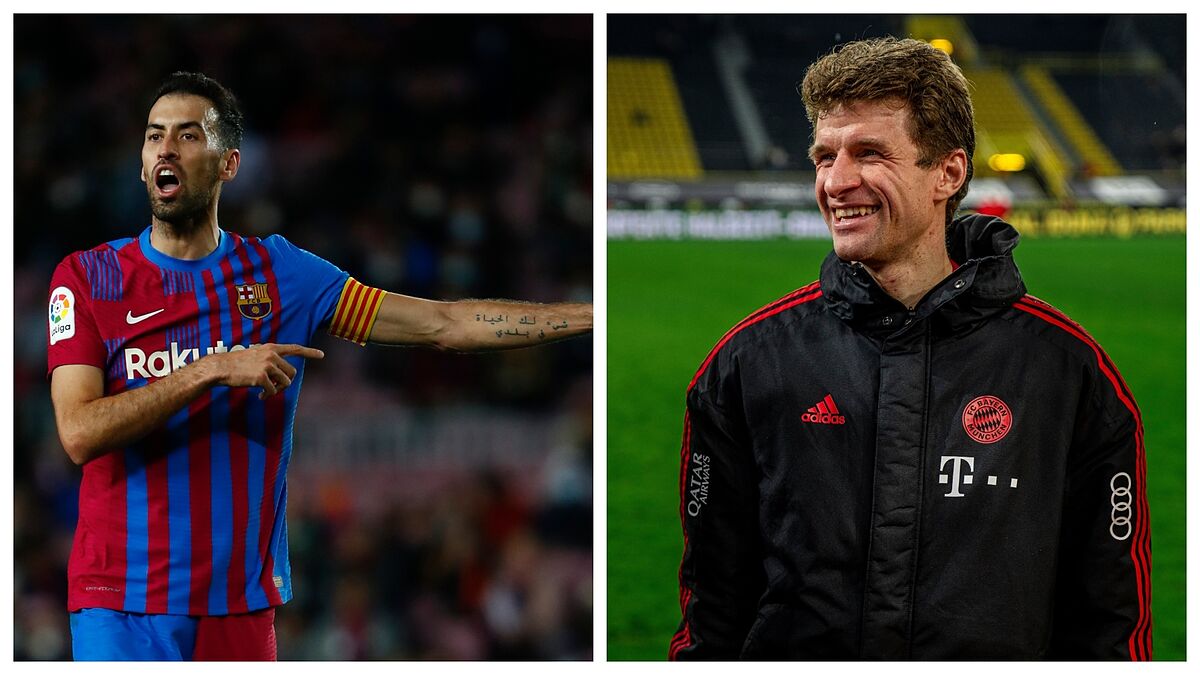 Barcelona‘s match away at Bayern Munich in the Champions League on Wednesday night will feature two of the most emblematic players in the history of the two clubs in Sergio Busquets and Thomas Muller respectively.

The two men may play in different positions, but they have several similarities as they are both homegrown players, club icons and undisputed starters under any coach in charge of their teams over the last decade or so.

Busquets was promoted from Barcelona‘s B team to the first team in 2008/09 under Pep Guardiola. From that point on, he has never left the Camp Nou, where he has played 649 games and has won 30 trophies across 14 seasons.

Aged 33, Busquets is still a mainstay in Barcelona‘s starting line-up. This season he has started in all 15 games the Blaugrana have disputed in LaLiga Santander and the Champions League, and he will be in the starting XI against Bayern Munich too.

The Catalan midfielder has played six times against the Bavarians and has experienced a defeat in each of the two games he disputed in Germany, in 2012/13 and 2014/15.

As for Muller, he made it to Bayern‘s senior squad in 2008 under Jurgen Klinsmann and has stayed put since. The German forward has played 526 games in Bundesliga and the Champions League, having scored 182 goals and produced 31 assists.

Muller has participated in all the 22 games Bayern Munich have disputed this season, in which he has scored six goals and provided as many as 15 assists.

The 32-year-old has faced Barcelona six times, with Bayern Munich coming out victorious on five occasions and losing just once, back in 2014/15. In those six matches he netted seven goals against the Blaugrana.

Meanwhile, Julian Nagelsmann is expected to rest some starters against Barcelona, but he will not rotate the team heavily and everything indicates that the two veterans will face each other again.

This time, Bayern Munich have already secured qualification to the last 16 of the Champions League, while Barcelona need to match or better Benfica’s result against Dynamo Kyiv to go through.