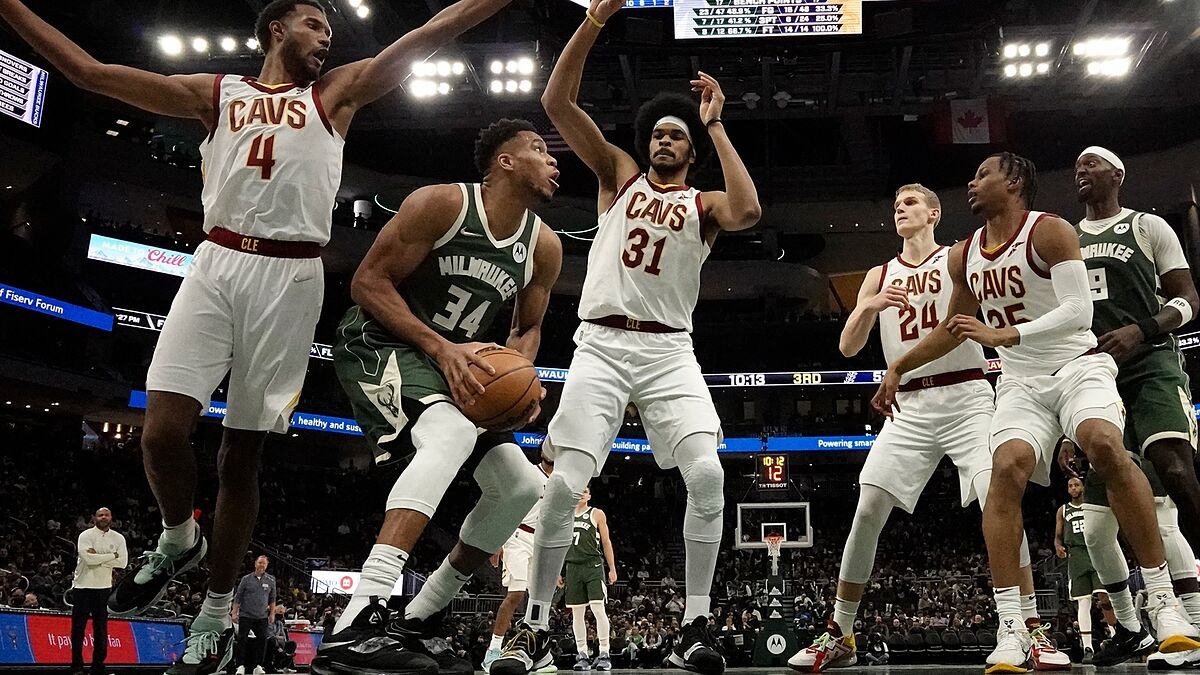 Giannis Antetokounmpo celebrated his 27th birthday in style with 27 points in a 112-104 win for the Milwaukee Bucks against the Cleveland Cavaliers on Monday night at the Fiserv Forum in Milwaukee, Wisconsin.

Antetokounmpo led all players in scoring with his 27 points, plus 12 rebounds on the night. Bobby Portis was a force on the boards for the Bucks, with 16 rebounds to go along with his 10 points.

The other two members of Milwaukee’s Big Three, Jrue Holiday and Khris Middleton, had 21 and 20 points, respectively, with each chipping in with eight assists. Milwaukee are now 11-0 on the season when all three of their Big Three play.

Center Jarrett Allen led the way for the Cavaliers with 25 points and nine rebounds and Lauri Markkanen had 20 points with seven rebounds.

Where Milwaukee were able to stand out on the night was on Fast Break Points, as they out-paced the Cavaliers 18-5.

Antetokounmpo started slow with zero points in the first quarter, as the two teams were tied 24-24 through one.

The Greek Freak would then kick things into gear in the second quarter with eight points to help Milwaukee take a 56-50 lead into the halftime locker room.

It was still just a 10-points Bucks lead at 88-78 going into the final quarter, and Antetokounmpo made sure his team stayed on top with 15 points in the final period to close things out.

Milwaukee will seek their third straight win on Wednesday in Miami against the Heat, while the Cavaliers will welcome in the Chicago Bulls on Wednesday.