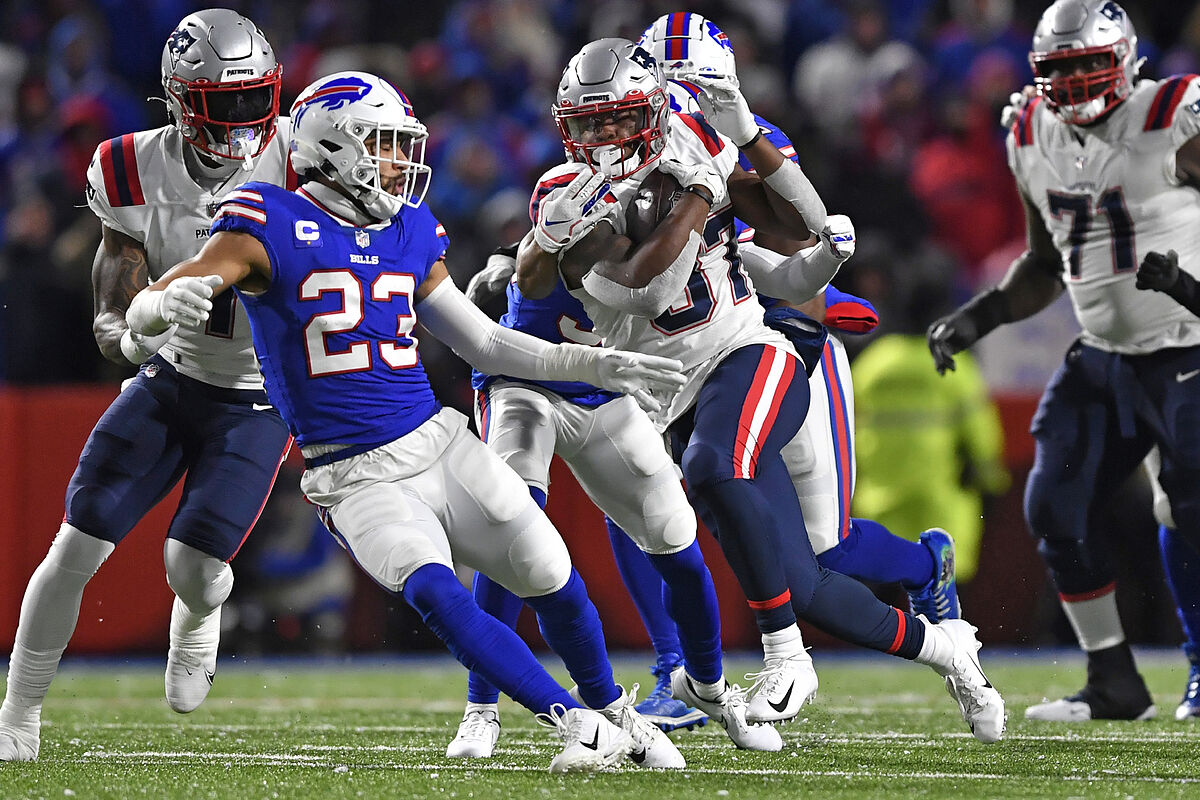 In an atypical weather with wind gusts of up to 60 miles per hour, the New England Patriots decided to focus solely on the ground attack to preserve the AFC East lead by defeating the Buffalo Bills 14-10 on Monday Night Football.

Only three passes for the Patriots

New England rookie quarterback Mac Jones attempted only three passes in the game, the fewest by the team in the Super Bowl era.

This was the seventh consecutive victory for the Patriots, who now have the best record in the AFC.

Bill Belichick picked up his 19th away win in Buffalo, one behind only a coach’s all-time away record against a single opponent, Geroge Halas of the Chicago Bears beat the Packers 20 times in Green Bay.

Longest carry for the Pats since 1997

The score opened with the longest touchdown drive for the Patriots in 1997, Damien Harris scampered 64 yards to the end zone in the first quarter, weather conditions prevented them from attempting the extra point and they went for the two-point conversion, which they got to make the score 8-0.

After a special teams error, the Bills reacted and with the wind at their backs, Josh Allen connected a 14-yard touchdown pass to Gabriel Davis.

The rest of the game was a defensive domination with only field goals, two of them by Nick Folk (41 and 34 yards) and one by Tyler Bass (35 yards) in all cases when the teams were downwind.

With two minutes to play, Josh Allen had one last chance on 4th-and-14 at the Pats’ 18-yard line, however, the attempted pass to Gabriel Davis was incomplete.

The key to the game was the difference in the ground game, New England got 222 and Buffalo only 99.

The next game for the New England Patriots (9-4), who will enjoy the bye week, will be until next Saturday, December 18 when they visit the Indianapolis Colts.