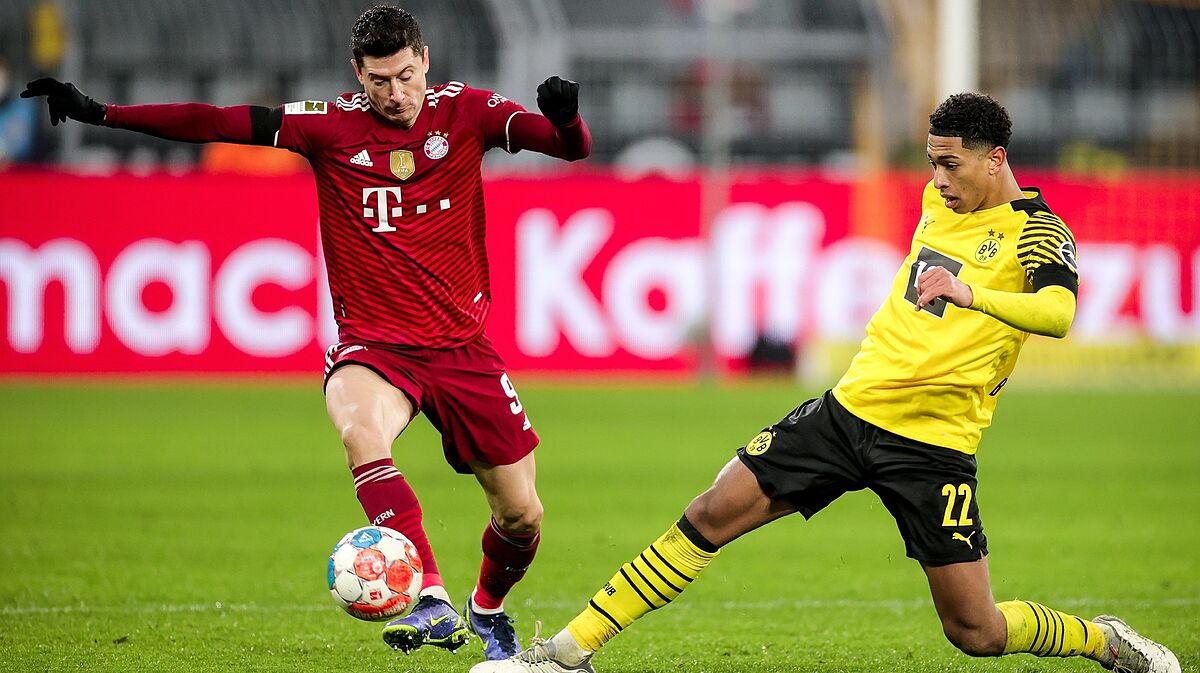 One of football’s most promising players, Jude Bellingham is loving life at Borussia Dortmund and has become a regular in the England squad at just 18 years of age.

A product of the Birmingham City academy, Bellingham already has 10 England caps to his name alongside nearly 100 professional club games.

Having Erling Haaland to finish your passes is a luxury not many can say they’ve had in world football, but the Norwegian has a good connection with Bellingham, who provided an assist for him to score in the 3-2 defeat to Bayern Munich last Saturday.

Bellingham has recently been in the headlines in both Germany and abroad, as he was very critical of the referee in last weekend’s Der Klassiker and made reference to the official’s previous offence for match fixing.

“You give a referee, that has match fixed before, the biggest game in Germany. What do you expect?” said Bellingham.

How much is Jude Bellingham’s contract worth?

The Stourbridge-born midfielder is considered as one of Dortmund‘s untouchable players, and when he signed for the club in 2020 he signed a lucrative deal which is earning him 1.3m euros per year.

Not bad for an 18-year-old, but as he continues to put in star performances, Bellingham could soon be looking for a pay rise if he is to stay at Signal Iduna Park long term.

Although, he has tried to convince the German side to bring his younger brother Jobe to the club which may see his whole family make the move to Germany on a more permanent basis.

Jude Bellingham’s net worth in 2021

According to 360Report, Bellingham has a net worth of just 30,000 dollars, but ABTC believe his worth is close to one million dollars. One thing that isn’t debatable is that his worth will only skyrocket as he forges his path in football.