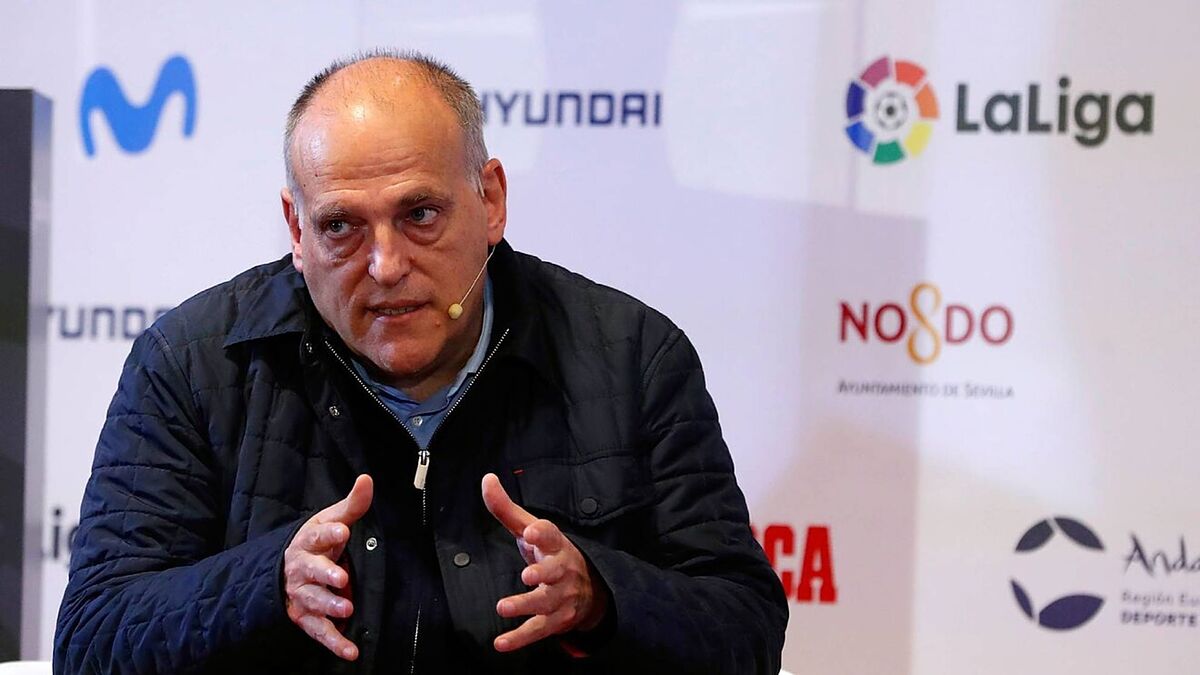 The war of words between LaLiga and the clubs who oppose its CVC deal, particularly Real Madrid, shows no sign of dying down, with LaLiga now having responded with an attack on Los Blancos.

Real Madrid, along with Barcelona and Athletic Club, have a counter proposal, titled Project Sustainable, for the economic future of Spanish club football, and they have appealed in an open letter on Tuesday for the support of other clubs.

Their proposal will go up against Javier Tebas‘ Project Impulse in a vote on Friday, but the LaLiga president wasn’t impressed by the clubs’ open letter, with the governing body’s statement accusing it of repeating old arguments, while also saving special criticism for Real Madrid.

“LaLiga cannot be in thrall to a club which after more than three years of secretly planning the Super League project, presented it just six months ago fully aware of the lethal threat it posed to our league,” read a LaLiga statement.

“With misleading arguments, disguising themselves as a movement for salvation for all clubs and threatening LaLiga.

“Exactly as they are doing now.”

The Super League fiasco will still be relatively fresh in most clubs’ minds, or so LaLiga hope, and they believe that Real Madrid, who they see as the ring leader of this counter proposal, are purely looking out for the wealthier sides once again.

“[Their] operation is not possible for many of the clubs who will never be able to use the financing for developing their project and even less so to grow as a club,” says the statement released on Tuesday.

“The LaLiga Impulse operation is a strategic partnership to grow in the future, not simply a financing deal as proposed by the rival project.

“This is not, in any way, exclusively LaLiga’s project. As is evident, it will only be carried out if approved by a vast majority of clubs at the General Assembly.”