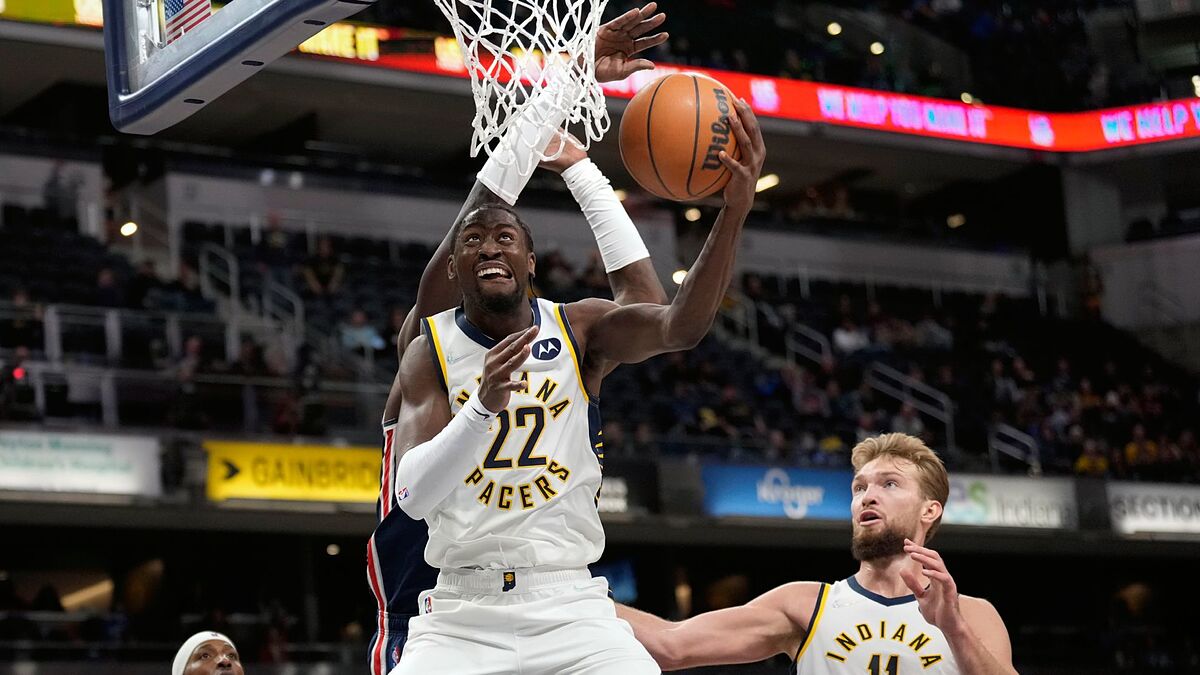 The winds of change appear to be blowing through the Indiana Pacers, according to rumors that the team is set to begin a total roster rebuild by trading Caris LeVert, Domantas Sabonis and Myles Turner.

The Pacers’ desire is to take advantage of rival teams’ interest throughout the season in those players to get trades, according to Shams Charania and Bob Kravitz of The Athletic.

TJ Warren‘s name has also been mentioned for a possible exit, though the small forward is still recovering from a foot injury and has told Indiana management he prefers to remain with the team.

Sabonis or Turner … or both would be traded

With the Pacers’ record in the first few months of the 2021-22 NBA season at 10-16, ranking 13th of 15 in the East and second-to-last in the league in assists, Pacers owner Herb Simon has finally embraced the idea of a rebuild.

Indiana will go for Malcolm Brogdon, who has a long-term contract through 2024-25, while the players who would be traded have friendly deals, although Sabonis’ All-Star status makes him a special asset for a trade with which they can work out a deal with a star in the league.

In addition to Brogdon, rookies Chris Duarte and Isaiah Jackson will be key to the team’s turnaround. Duarte is averaging 13.1 points per game this season, while Jackson, a former Kentucky player, would be more active.

The combination of two stars like Sabonis and Turner has not been as expected by Pacers, who see how the Lithuanian and the former Texas Longhorns player do not work on the court at the same time, so both could even leave the team.

Everything indicates that Indiana Pacers will be very active in search of powerful deals before the deadline for changes, on February 10.