Liverpool are stepping up their efforts to land Porto winger Luis Diaz with the Colombian reportedly emerging as Jurgen Klopp’s No 1 winger target in 2022.

The Reds have made an excellent start to the season, having lost just once – at West Ham – so far. However, their incredible run of form, which includes being 100% in the Champions League threatens to grind to a halt in January. That’s when their two star men, Sadio Mane and Mohamed Salah, head away for African Cup of Nations duty.

Replacing the pair will be far from easy. There’s a school of thought that suggests Liverpool will stick with what they have. To that end, Emile Heskey claims Takumi Minamino and Divock Origi are perfectly placed to answer their January SOS.

However, there are others who believe Klopp could dip his toes into the transfer market and bring in a big-name attacker.

As such, the Reds have been linked with a number of big-name signings. Indeed, Leeds winger Raphinha and Karim Adeyemi of RB Salzburg are among those mentioned as potential targets.

Raphinha is a player long since tracked by Liverpool. Having been aware of him since his days at Vitoria Guimaraes, they have seen him move to Sporting Lisbon, Rennes and now Leeds.

And it’s under Marcelo Bielsa where the Brazilian has really shone. With six goals and one assist in 13 games this season, it’s easy to see why he’s a man in demand.

However, Liverpool have little chance of persuading Leeds to part with their star man. Indeed, Raphinha has made perfectly clear his loyalty to the Whites.

However, Klopp and Co could have far more joy with a move for Porto’s Luis Diaz.

The Colombian has also impressed this season, scoring 12 times and adding two assists.

And according to reports in Spain, he is fast emerging as Klopp’s No 1 target in 2022.

As per Marca, via Sport Witness, Liverpool are ‘on the track’ to sign Diaz. They now reportedly see the 24-year-old as a transfer priority and will be aiming to beat fellow suitors Atletico Madrid to his signature.

Indeed, reports claim that Porto are growing increasingly concerned about Klopp’s desire to land Diaz. And their financial mite is starting to panic Porto, who will likely demand at least £42.4m (€50m) for the winger.

Incidentally, Liverpool will be keeping a close watch on events at Estadio do Dragao on Tuesday evening. A draw for Porto against Atletico will see the Portuguese side qualify for the knockout stages as runners-up to Liverpool in Group B.

Their progress in the competition would likely put Liverpool’s chances of signing Diaz on the backburner until the summer.

However, an Atletico win would make his exit far more plausible in the January window.

With Luis Diaz a more likely target, Raphinha’s affection to Leeds has been made clear by a recent interview.

And speaking to Spanish outlet AS, Raphinha has outlined his big ambitions with Leeds. 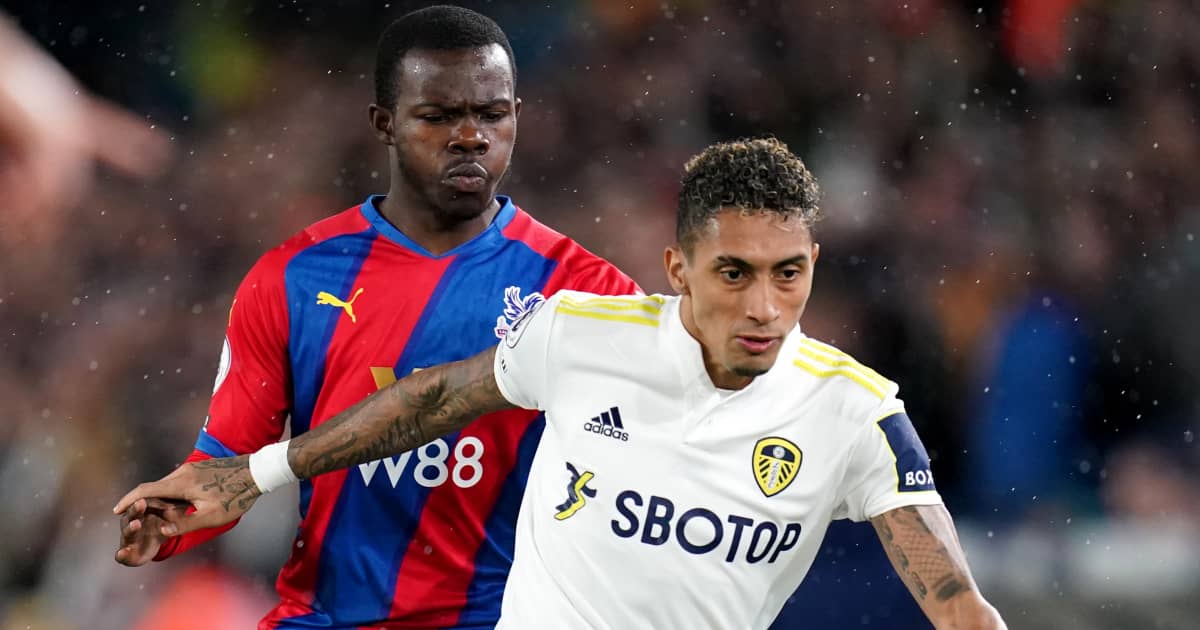 “From my first days at the club, I already saw how special Bielsa was.

“He is a guy who works a lot, who knows a lot about soccer. He is the typical professional who dedicates 100% of his time to the institution he represents and we are very lucky that he is our coach. Bielsa knows how to get the most out of each one of us. This makes us raise our level.”

“I am very happy at Leeds and hopefully we can play the Champions League,” he added.

Raphinha has brought his spectacular Leeds form onto the international stage with Brazil. And when speaking about his national team coach, he revealed Tite has simply asked him to do exactly what he does for Leeds when turning out for the Selecao.

“Since I was a child, I always dreamed of playing for the national team. Being able to represent my country, my town, my neighbourhood, my people,” continued Raphinha.

“After many years of hard work, I have succeeded and I will do everything possible to continue my career in the national team.”

“Tite is a great person. [He is] An exemplary professional with a lot of wisdom. He asks me to do what I’m doing at Leeds.”

The post Raphinha no more as Klopp desire for another South American causes ‘panic’ appeared first on TEAMtalk.