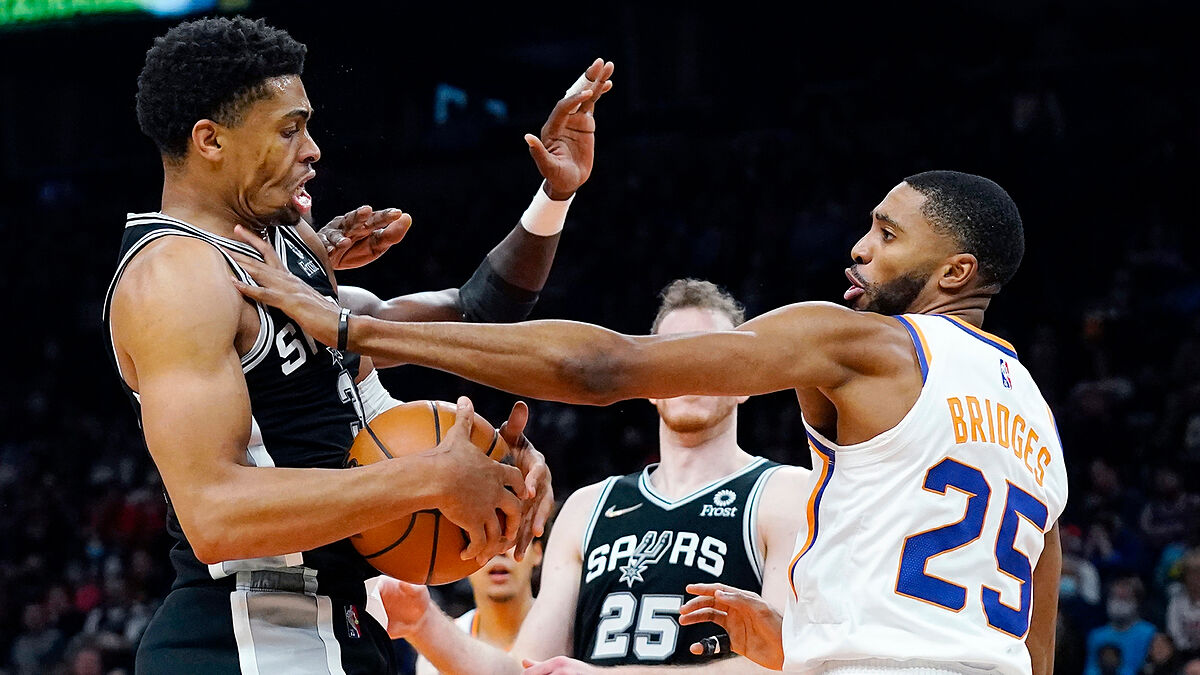 The Phoenix Suns overcame a close battle against the San Antonio Spurs to get their 20th win of the season. Spurs were close the entire time, but Chris Paul took over in the fourth quarter to lead his team to victory.

With Devin Booker still sidelined due to injury, Suns had to put together a collective effort to beat the young Spurs, who had won their last three games. Six Suns players got to double-digits in scoring, including Javale McGee with 13 points in 13 minutes.

Mikal Bridges struggled in 37 minutes on the floor, getting just six points on six attempts. He added 11 rebounds – tied with Deandre Ayton for the team high – but was rarely involved in scoring with only three assists.

With Bridges missing in action, Cam Johnson, Landry Shamet, and Jae Crowder each had 13, 11, and 19 points, respectively, to keep Phoenix ahead. Ayton put up 14 points to go along with his boards and four dimes.

The first half ended with a 51-48 Suns lead thanks to outscoring San Antonio by 10 in the second quarter. Suns continued to dominate throughout the third, but the final period of play saw a young and motivated Spurs side making a comeback.

Chris Paul got most of his points and assists in the fourth quarter as he took over to push his team to a win. When the final stanza was coming to an end, CP3 went to the line a couple of times as Spurs tried to stop the clock, and the stands chanted “MVP” for the 17-year veteran.

Paul is averaging 14 points and 10 assists through 23 games this season, two less in each category than last year. CP3 came third in MVP voting last season, only after the winner Nikola Jokic and runner-up Steph Curry.

Spurs also had six players with over 10 points

Despite a great collective effort from Gregg Popovich’s San Antonio Spurs, who now have a losing record of 8-14, it seems that lack of experience was their downfall. Spurs and Suns were even in every category, but CP3’s veteran presence down the stretch was too much for Spurs to overcome.

Spurs will have no time to dwell on this loss as prepare to host the New York Knicks less than 24 hours after the final buzzer in Phoenix. Meanwhile, Suns will get a few days of rest before taking on the Boston Celtics at Talking Stick Resort Arena.