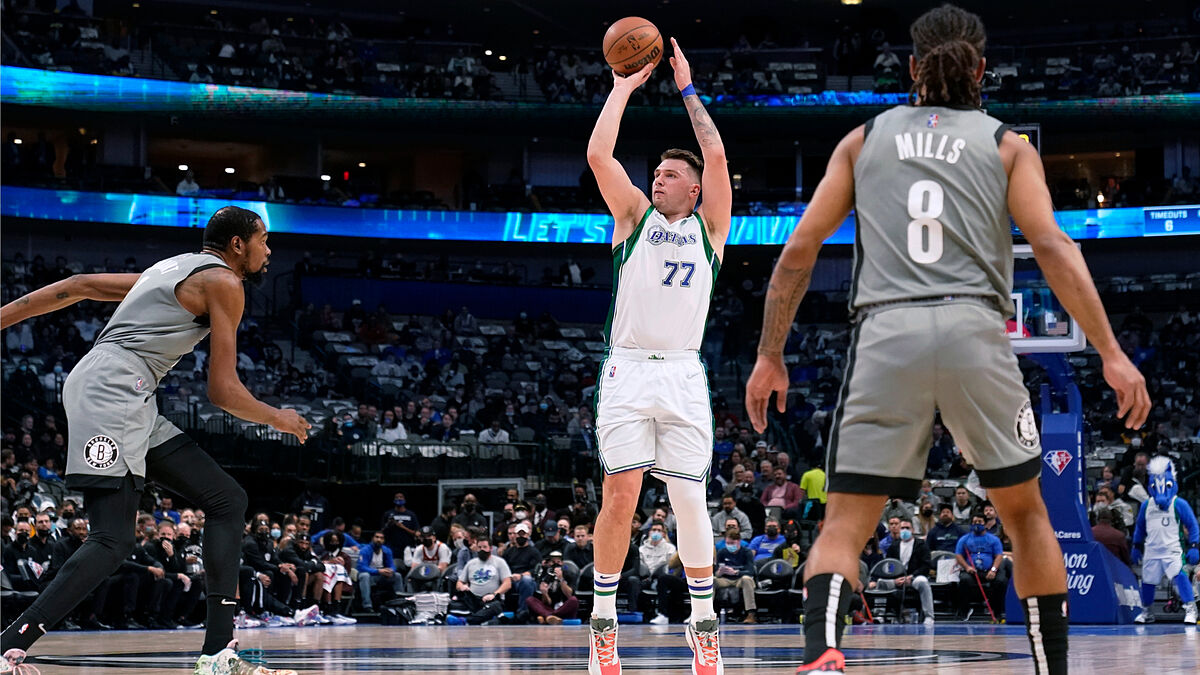 Brooklyn Nets are still one of the strongest teams in the Eastern Conference and tonight they proved it against Dallas Mavericks. Both Kevin Durant and James Harden keep on leading the team with still no Kyrie Irving presence on the horizon for the Nets. In front of them was Luka Doncic and his Dallas Mavericks who were also led by Kristaps Porzingis, he delivered 12 rebounds and 17 points this evening. During the first two quarters was the time when Dallas dominated the game with Doncic always getting the perfect moments to showcase his skills. By the end of the first half, Mavericks were leading by 12 points but there was an entire second half still left to play.

After the break, we started looking at some of the same physical issues Luka Doncic has been experiencing for weeks. His ankle begins hurting much more when the third and fourth quarter begin. He isn’t looking comfortable when he dribbles and also when he makes high jumps. Despite helping the Mavericks take the lead before the end of the second quarter, it was clear Luka Doncic was not able to complete the entire game playing at the highest level. Although they had several chances to win the game in the final quarter, they missed all those opportunities and finished the game with another defeat.

What’s next for Mavericks and Nets?

After tonight’s defeat, Dallas Mavericks moved to a 11-12 record and will play their next game in Memphis against the Grizzlies. Nets are now 17-7 and they will remain in the state of Texas to play against the Houston Rockets on Wednesday. It appears the current season will remain complicated for Dallas Mavericks as long as Luka Doncic remains struggling with that ankle pain. Regardless of who they face, winning will always be difficult if their top player is not at 100% of his capabilities.