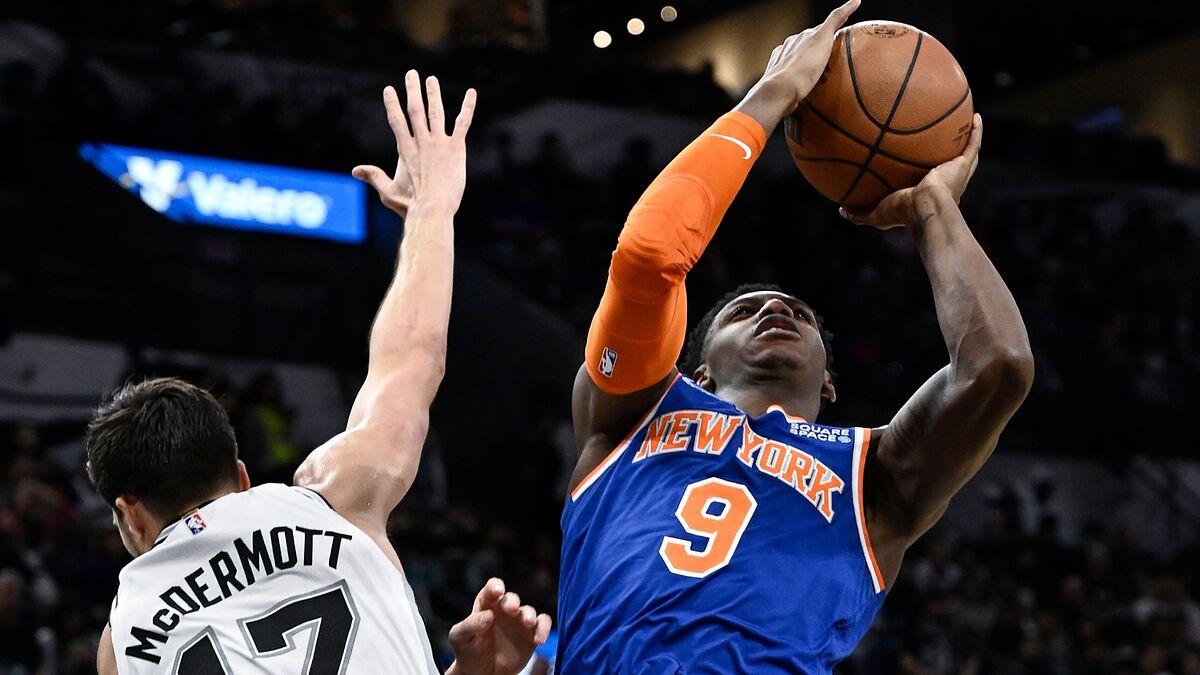 RJ Barrett scored 32 points to help the New York Knicks snap a three-game losing streak with a 121-109 victory over the San Antonio Spurs on Tuesday night at AT&T Center in San Antonio, Texas.

The Knicks climbed back to .500 on the season with a 12-12 record after suffering from a mild slump in which they lost three straight and four of five. The loss dropped the Spurs to 8-15 on the season.

Barrett on fire from 3-point land

Barrett delivered a superb performance, particularly from outside the arc, as he went 7-for-8 on 3-pointers. Derrick White was the top scorer for the Spurs with 26 points and seven assists.

An even first quarter that ended 28-28 was punctuated by a fall-away 3-pointer from Spurs forward Doug McDermott at the buzzer.

But the second quarter would belong to Barrett, who scored 12 of his 19 first half points to give the Knicks a 62-56 lead at halftime.

The Knicks were also bolstered by Mitchell Robinson, who came off the bench and was a force of nature on the boards, collecting 14 rebounds, eight of them offensive boards, paving the way for a 21-8 advantage on second chance points.

Tuesday’s contest was the start of a five-game home stretch for the Spurs and they tried to get back into it in the second half, but they could not cool off the hot shooting of the Knicks, who finished 18/38 on 3-pointers and 17/19 from the free throw line.

Next up for the Knicks is a trip to Indiana on Wednesday to take on the Pacers, while the Spurs will welcome in the Denver Nuggets on Thursday.