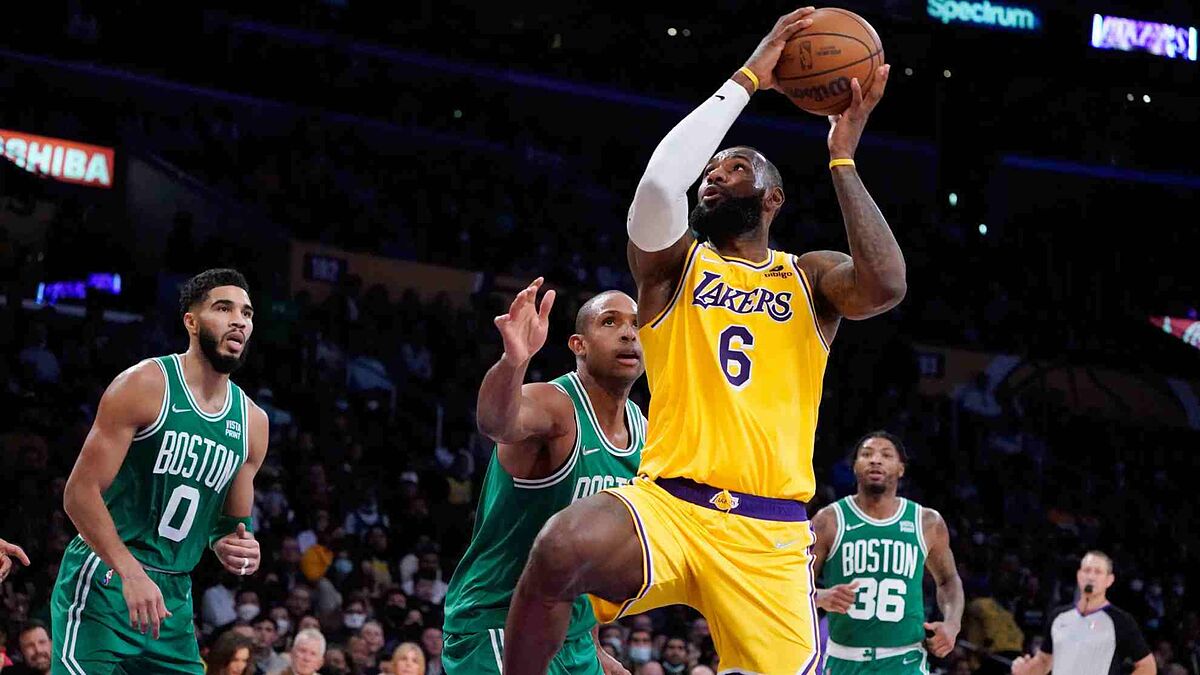 Inspired by big offensive performances from both LeBron James and Russell Westbrook, the Los Angeles Lakers returned to a positive mark in the 2021-2022 NBA season by easily defeating the Boston Celtics by a score of 117-102 on Tuesday night at Staples Center.

James dominated the game from the start, although the Celtics fought back and kept the score close in the first half that ended with a score of 60-55 in favor of the home team.

A 15-point third quarter from Westbrook was the key for the Lakers to take a definitive lead as they won the period by 11 points difference (31-20) to take an overall lead of 16 points.

The “King” had a great performance as he totaled 30 points four rebounds and five assists, along with an impressive 68.4% field goal percentage (13-of-19 shooting).

Russell Westbrook had a double-double with 24 points and 11 assists in 35:42 minutes of action.

The other member of Los Angeles’ “Big 3”, Anthony Davis also produced at a high level with another double-double of 17 points and 16 rebounds.

Despite losing the game, the leading scorer of the entire game was Jason Tatum, who hit all four three-point shots he attempted in the first quarter and made five three-pointers in all to total 34 points in the game, to which he added eight rebounds and three assists.

For the fifth consecutive year, these two historic rivals split the annual series, as last November 19, the Celtics prevailed 130-108 at TD Garden.

What’s next for the Celtics and Lakers?

The next game for the Los Angeles Lakers will be next Thursday when they visit the Memphis Grizzlies.

For their part, the Boston Celtics will be back at the Staples Center next Wednesday when they visit the Los Angeles Clippers.