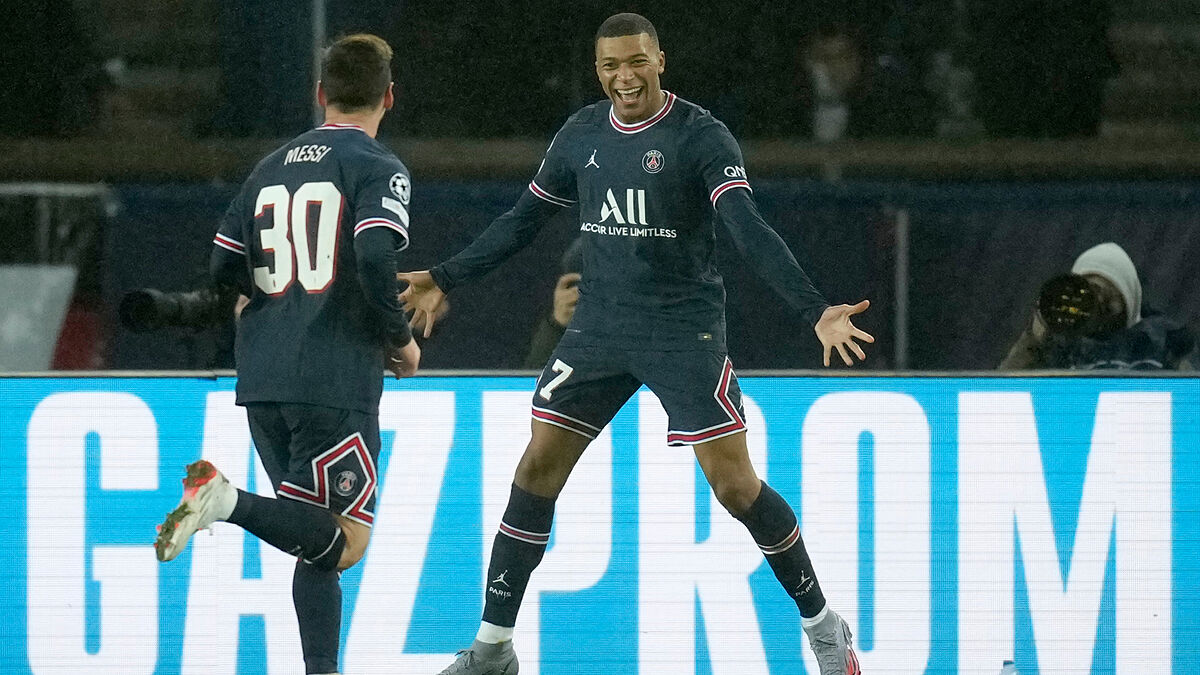 Everybody knows that Cristiano Ronaldo has been Kylian Mbappe’s idol amost throughout his entire life but it appears Leo Messi is changing his mind. When the Argentine first arrived from FC Barcelona to play for PSG, Mbappe seemed slightly more serious than usual. Granted, that had a lot to do with his desire to play for Real Madrid last summer but he also remained a faithful admirer of Cristiano Ronaldo. The PSG board hoped a few months with Messi could persuade him of possibly staying and even sign a new contract in order to avoid Real Madrid. That much remains to be seen.

However, Mbappe has seen Leo Messi first hand and he does appear convinced after Tuesday’s game against Club Brugge. In a match where he scored two goals and Messi another two, Mbappe spoke to the press after the game to congratulate Leo for his achievements. But he also said a phrase that probably proved he thinks Leo is better than Ronaldo. Here’s what Kylian told the press after the game: “It’s easy to play with Lionel Messi. He’s the best player in the world. He won the Ballon d’Or a few days ago. He scored two goals today, he is happy, and I hope he will help us in the future.”

It’s unlikely Kylian Mbappe is no longer a Cristiano Ronaldo admirer, he might even still think the Manchester United star is his favorite player. But Leo Messi managed to make himself a space inside Kylian Mbappe’s heart. Where people felt him cold and distant at the beginning, they now feel a player who loves having Messi around. This entire opinion might change even furtther if Messi somehow manages to win the UEFA Champions League with PSG this season and lifts the title with Mbappe by his side. Should this happen, anything is possible in regards to Mbappe‘s future at the French club.