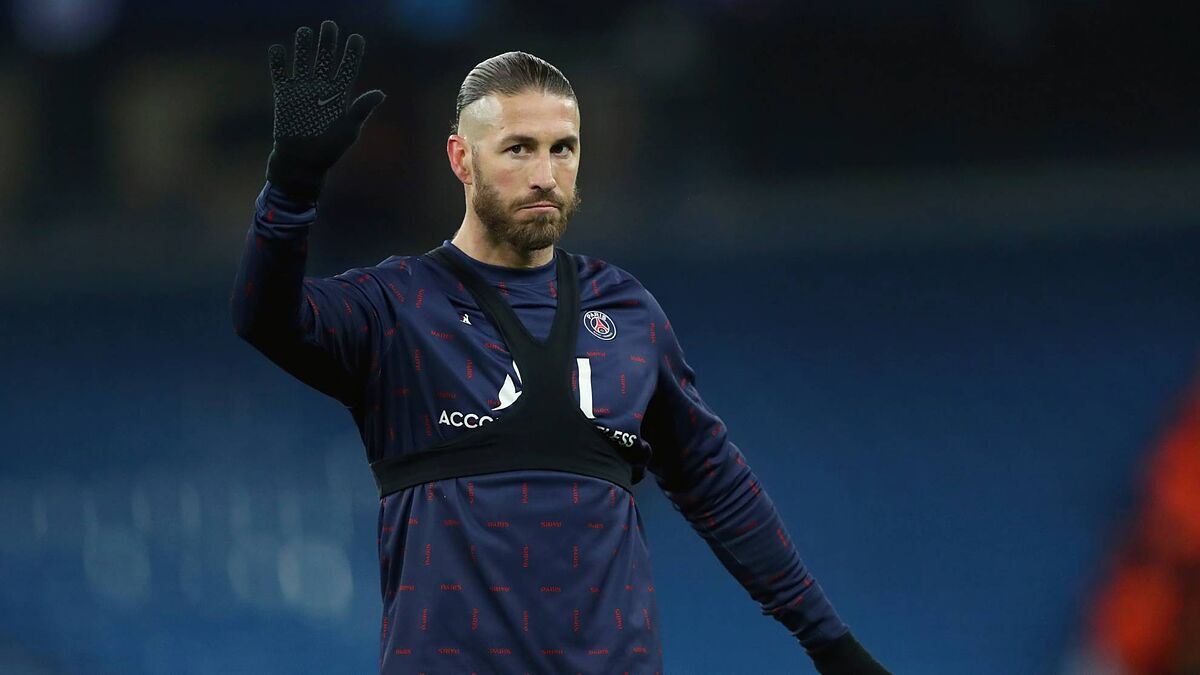 Sergio Ramos‘ move to Paris Saint-Germain last summer was one of many that sent a message around Europe, along with the arrivals of Achraf Hakimi, Gianluigi Donnarumma, Lionel Messi and others.

But Ramos‘ move hasn’t gone entirely to plan, which PSG sporting director Leonardo has since admitted to.

“We didn’t expect to be without Ramos for four or five months,” Leonardo said in an interview with Europe 1, in which he also discussed Kylian Mbappe and Mauricio Pochettino.

“We knew he had injuries from last season that we’d have to manage, but it’s true that we’ve had some surprises.

“There was some tension, but we prepared as best as we could and then backtracked. But now he’s on the right track. It will be so important to have him with us for the second half of the season.”

Despite the rumours that have surrounded Pochettino for most of his time in Paris and, in particular this season, Leonardo denies that PSG ever made contract with ex-Real Madrid boss Zinedine Zidane about succeeding the Argentine.

Keylor vs Donnarumma, Messi, and the truth about Neymar

Gianluigi Donnarumma arrived at the Parc des Princes after winning Euro 2020 and being named the tournament’s best player, but he has found playing time hard to come by due to Keylor Navas‘ form.

“We have two 22-year-olds at PSG: Achraf and Donnarumma,” Leonardo said. “For me, they are the best right-back and goalkeeper in the world.

“With Keylor we have two goalkeepers who were in the Ballon d’Or 10 nominees.”

Leonardo‘s attention then turned to Lionel Messi, stating that he had no doubts about the Argentine.

“Messi is indisputable,” Leonardo said. “If you start arguing about Messi, you know nothing about football.

“His numbers are incredible. He and Mbappe have participated in almost all of the club’s goals. He’s decisive and has been playing the same way for 20 years.

“Things change when you have different players in the team, but he’s adaptable because he’s a genius.”

Neymar has often caused controversy since joining PSG, but Leonardo spoke about the player’s true side.

“I’m happy he has a documentary [on Netflix] coming out,” Leonardo said. “He’s going to show his real self.

“He’s not a monster, he’s a very nice guy and that’ll show.

“People get a bit confused about him. It’s true that he’s done things like gone to parties, but the real Neymar has done so much that he has never shown.”