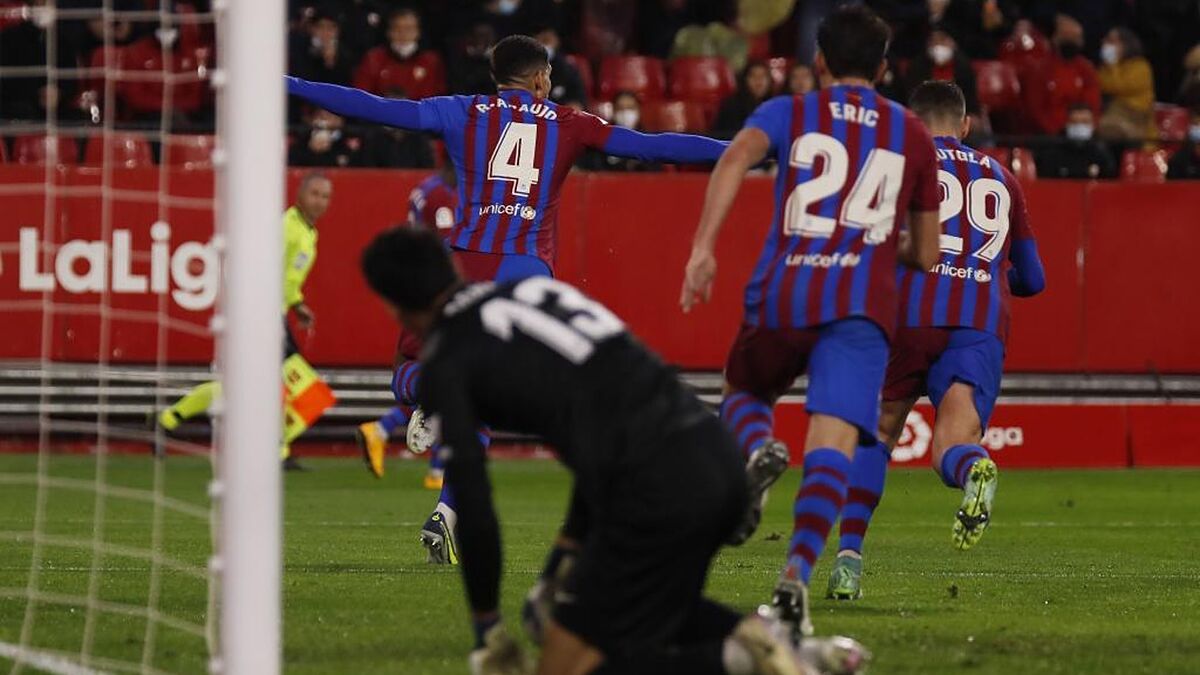 Barcelona‘s 1-1 draw away at Sevilla was the second game in a row where the Blaugrana found the back of the net from a dead-ball situation, with Ronald Araujo heading home at the Estadio Ramon Sanchez-Pizjuan to equalise for the Catalan side.

Last Saturday, Xavi Hernandez‘s team had opened the scoring from a corner kick too, this time 16 minutes into their 3-2 win against Elche through Ferran Jutgla, with Ousmane Dembele being the assist provider on both occasions.

Both goals were crucial for Barcelona, who broke the deadlock against Elche and equalised with Araujo‘s timely effort just before the break at the Pizjuan.

This was the second time that Araujo has found the back of the net this season, as the Uruguay international also scored a late leveller in Barcelona‘s game against Granada back on September 20 to hand his team one point.

Barcelona have conceded in six successive games across all competitions, as Marc-Andre ter Stegen hasn’t managed to keep a clean sheet since their 0-0 draw against Benfica a month ago.

In the meantime, the Blaugrana have conceded 10 goals against Villarreal, Real Betis, Bayern Munich, Osasuna, Elche and Sevilla.

The only LaLiga Santander games in which Barcelona haven’t conceded a single goal this season have come against Cadiz , Levante and Espanyol.

In no game this season have Barcelona managed more shots than in their match with Sevilla on Tuesday, as the Blaugrana registered 23 shots, seven of which were on target.

Their second-best tally came back in September when they managed 20 shots against bottom-placed Levante, followed by the 19 shots they had against Elche.