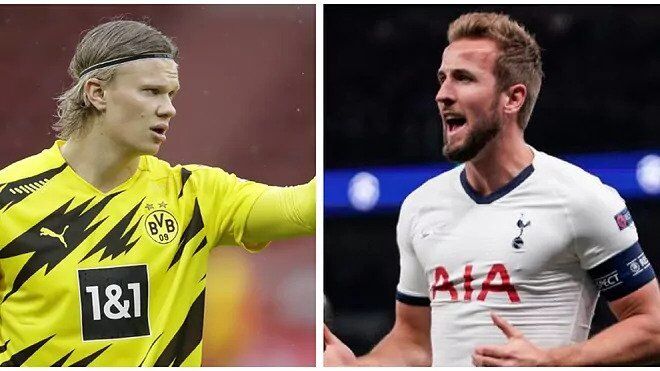 Following Ferran Torres’ departure to Barcelona, Pep Guardiola confirmed that Manchester City will not sign any replacement in January, as the Sky Blues have reportedly set sights on Harry Kane and Erling Haaland.

City made an attempt to aquire Kane’s services last summer, but Tottenham Hotspur were not willing to negotiate his transfer after the 2020 European Championship.

According to ESPN reports, Guardiola is still interested in bringing in Kane as they are willing to proceed to a marquee signing to strengthen their attack in summer.

Manchester City made a 140m euro bid for Kane, but Spurs chairman Daniel Levy turned it down despite the England international’s desire to depart the club.

His price tag is said to be set at 150m pounds (178m euros), but City do not seem to be willing to meet Levy’s high demands. Instead, they could make a move for Haaland, whose contract includes a release clause of around 75-80m euros which reportedly comes into force in summer.

In fact, Haaland‘s agent confirmed earlier in December that Manchester City are one of the potential suitors for the striker’s signature.

“He can and will take the next step,” Raiola told Sport1.

“Bayern, Real [Madrid], Barcelona, City – these are the big clubs he can go to.

“When we moved to Borussia Dortmund, we all knew this step would come.

“Maybe this summer, maybe the following summer. But there is a great possibility that Erling will leave this summer. We will see.

“We will tell the club what our idea is and they will tell us theirs, but no decision will be made in winter.”