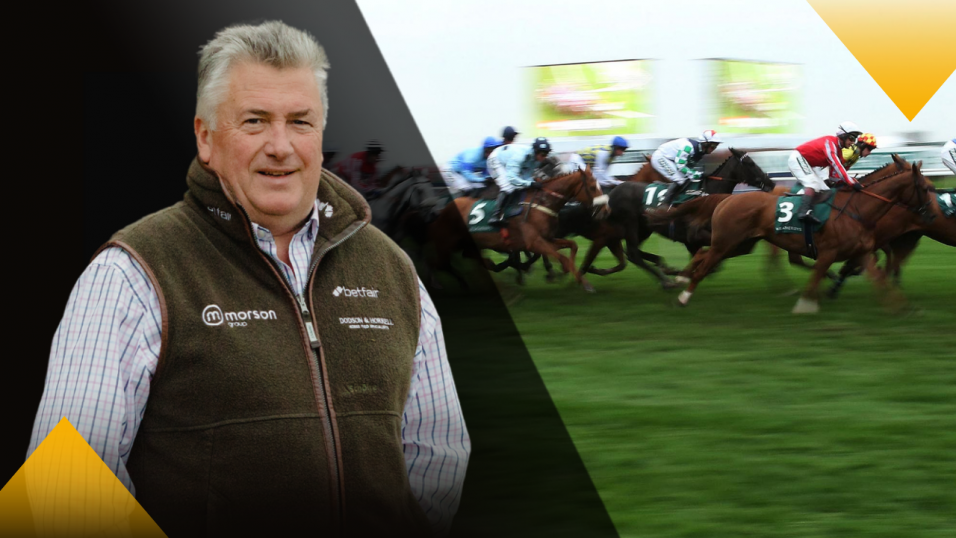 We’re back at Cheltenham for the traditional New Year’s Day card where Paul saddles three in pursuit of big prizes. Read about them all here…

He hasn’t kicked on as I hoped this season after a wind op in the summer. While he has been a bit inconsistent he is well capable on his day and I’m hoping cheek pieces might spark a return to form now he is down to a mark of 149 with our decent claimer Tom Buckley taking off another 5lbs.

It would not surprise me if he runs well.

Cheltenham lover should be competitive

He made a very encouraging debut for us when up there all the way in the Paddy Power Gold Cup at Cheltenham in October, and was still second jumping the last fence, before tiring.

You can put a line through his last race over three miles in heavy ground at Aintree because I shouldn’t have run him in those conditions over that trip. We know he likes Cheltenham and he should be very competitive back at two and a half miles.

He is back on song, is brilliant fresh, has done plenty at home and also enjoyed an away day for a racecourse gallop.

I am expecting a tidy run from McFabulous who is 6lbs better off with Brewin’upastorm who beat him at Fontwell last February.