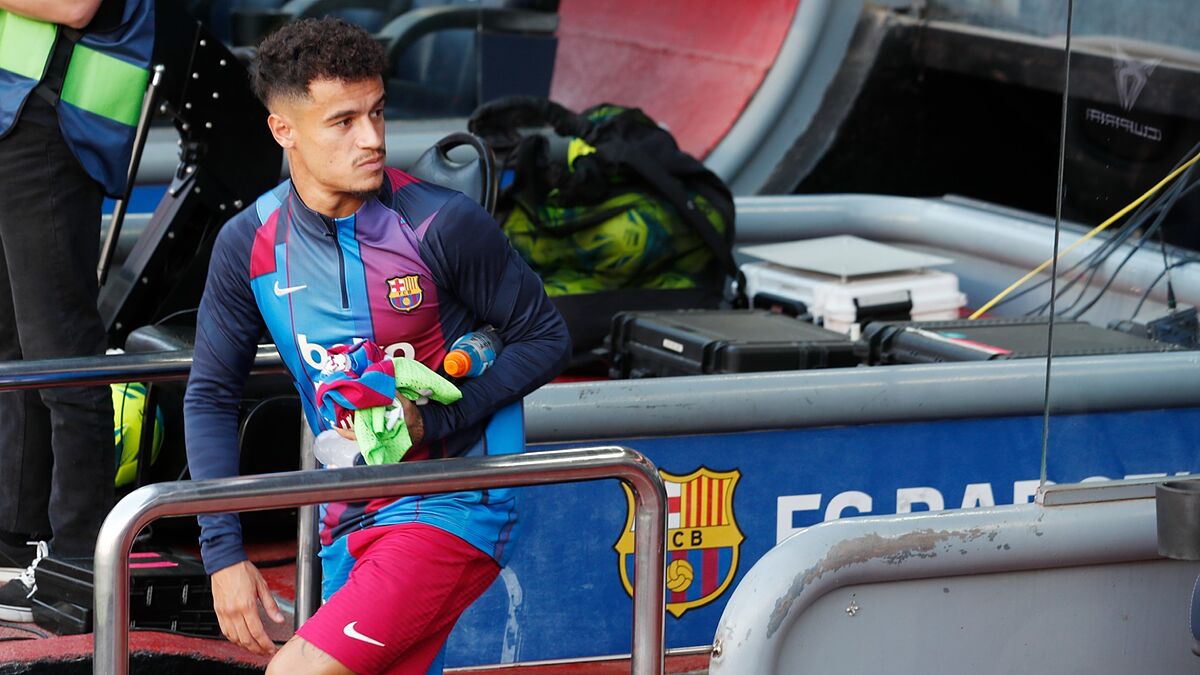 Aston Villa manager Steven Gerrard admits he can understand why Philippe Coutinho has been linked to the Premier League, as speculation continues about the future of the Barcelona midfielder.

Villa are one of several clubs who are looking to bring Coutinho back to England, with Newcastle and Liverpool also paired with he Brazil international.

Coutinho has been out of favour at Barcelona this season, making 16 appearances, but starting just twice and is keen to join another team to secure more playing time ahead of the 2022 World Cup in Qatar.

“I’ve never done it before and I’m not going to start now in terms of talking about individual names,” Gerrard told the press. “I wouldn’t like anyone to talk about my players.

“I don’t want to add to any speculation because he belongs to Barcelona. When there’s something more concrete the fans will be the first to know.”

Coutinho and Gerrard previously played together at Liverpool, coming close to winning the Premier League in 2014, with the latter speaking highly of the Brazilian.

“He’s won 63 caps for Brazil, played for Barcelona and was incredible at Liverpool,” Gerrard added.

“I don’t think you get the nickname ‘The Magician’ if you’re not a special footballer.

“He’s won two league titles at Barcelona, two Copa del Reys. If you go and have a look at his Wikipedia page you’ll see a serial winner wherever he goes.”