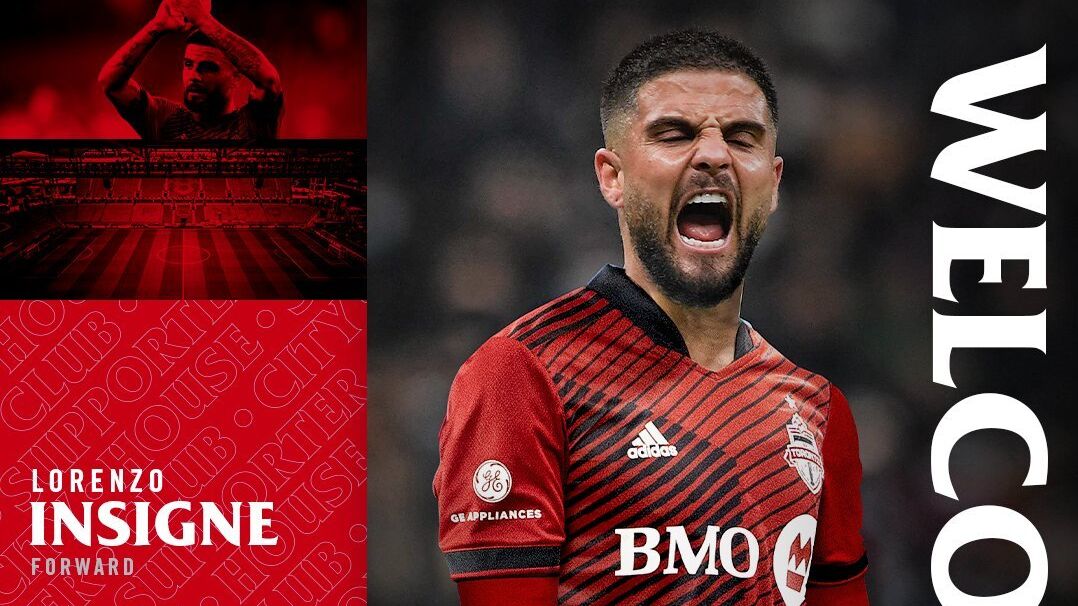 Toronto FC have agreed a deal to sign Napoli captain Lorenzo Insigne on a free transfer next summer.

Insigne has signed a pre-contract agreement with Toronto and will be added to the club’s roster as a designated player.

The 30-year-old, who has penned a four-year deal with the MLS side, was part of the Italy side which won Euro 2020 after beating England on penalties in the final last year.

“This is a historic and exciting day for our club,” said Toronto president Bill Manning.

“Lorenzo is a world-class attacking player in the prime of his career. He was a European champion with Italy and has performed on the biggest stages during his club career with Napoli.

“Lorenzo has the talent to change games. He plays the game with joy and passion, and our fans and supporters are going to love watching him as a member of our team.”

A big coup for Toronto

Insigne will join a Toronto side who have struggled recently, finishing second-bottom of the MLS Eastern Conference in 2021.

“His ability to create chances for himself and his teammates is special,” stated Bradley. “Having watched him for many years, I also know he’s also a player who works for the team.

“Lorenzo is the kind of player you come to watch, because there’s always a chance he’ll do something unforgettable.”