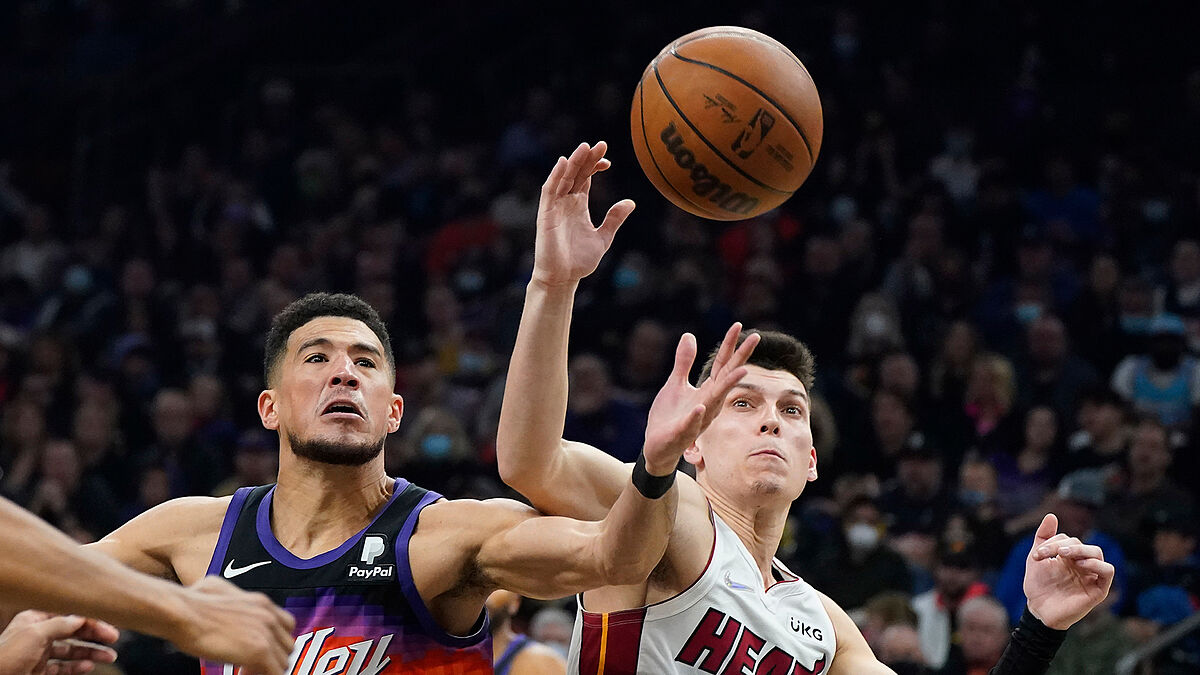 The Miami Heat (25-15) defeated the Phoenix Suns (30-9) by 23 points on Saturday at Footprint Center to take the third seed in the Eastern Conference standings.

Herro scored 17 of his points in the first half, leading Miami to a hefty lead that grew to as much as 27 at one point. He entered the third quarter with less than six minutes left on the clock and only manged four more points before heading into the final period.

Duncan Robinson heats up from deep

It was Duncan Robinson who hit eight shots from the perimeter to end the night with 27 points in 29 minutes off the bench. Robinson went 9 of 17 from the field, with 16 attempts coming from behind the 3-point line.

Miami never lost control of the game, outrebounding and logging more assists than Phoenix as a team alll while forcing the home side to 15 turnovers. Phoenix got the score down to as little as 13 points in the fourth quarter, but couldn’t overcome Herro and Robinson down the stretch.

Devin Booker and Chris Paul combined for 8 of 24 from the field, with Booker scoring 26 points in 33 minutes. Paul only scored 9 points in 32 minutes on 3 of 9 shooting, adding two rebounds and seven assists.

Suns will now head on a 5-game road trip, starting on Tuesday at Toronto Raptors. Heat will take on the Atlanta Hawks in back-to-back games on Wednesday and Friday.