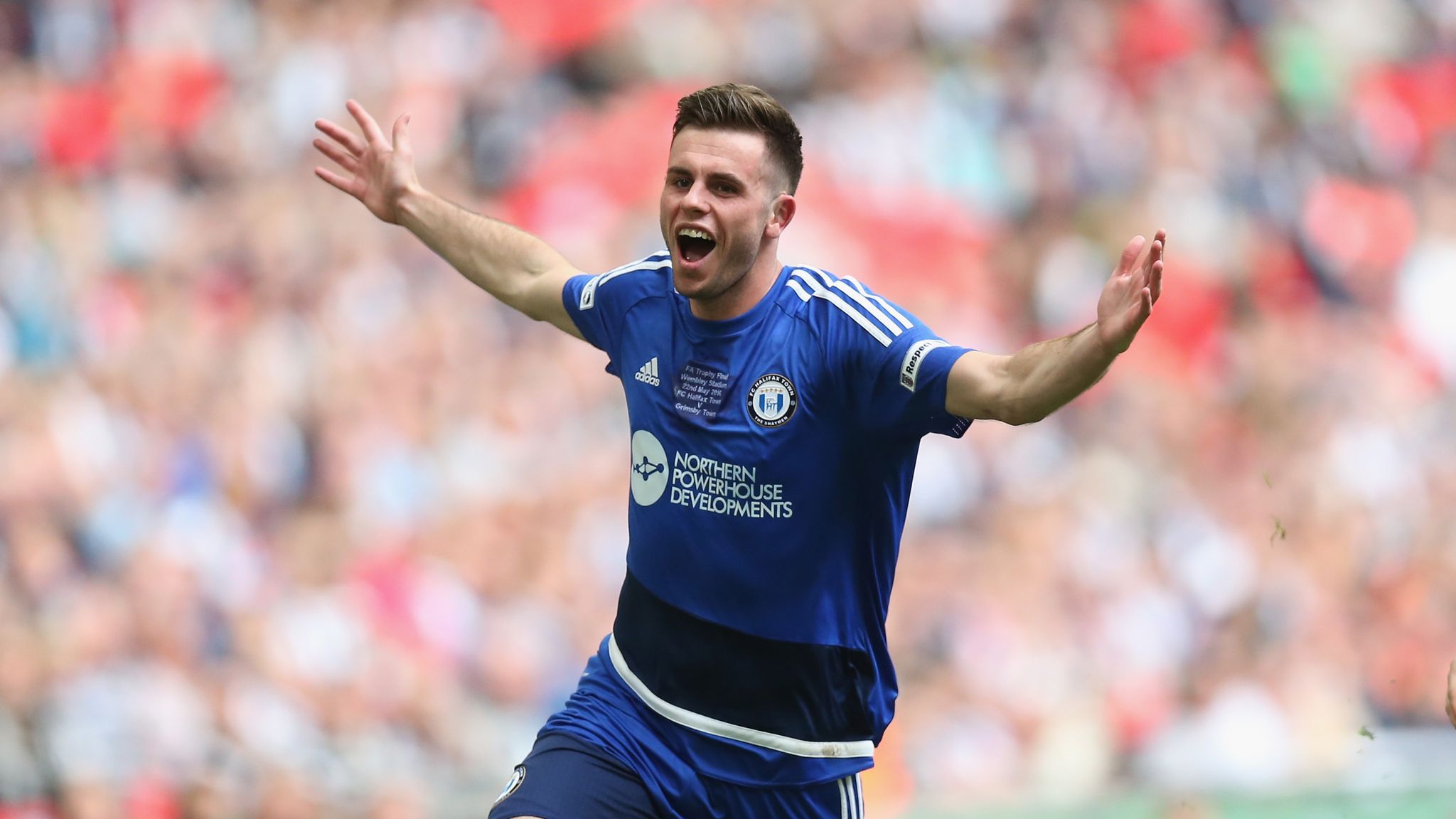 Halifax Town will be hosting Grmsby Town at The Shay on Tuesday, with the hosts looking to continue their promotion push from the National League.

Halifax climbed to the top of the National League table on Saturday when they defeated Eastleigh 4-0 at The Shay, with Pete Wild’s side overtaking Chesterfield in the process.

The Shaymen took advantage of the opportunity with ease in the end, with a brace from Jordan Slew being followed by goals from Jamie Allen and Matthew Warburton in the second half.

After successive draws with Chesterfield and Grimsby, it was the perfect performance and result to return to winning ways.

That saw Halifax extend their unbeaten run to six matches in the process, in an impresssive opening to the campaign that has led to a quest for promotion to the football league.

With most teams around Halifax not featuring in midweek, they have the perfect chance to now extend their lead at the top of the table to four points, and place the pressure on their rivals in the process.

Meanwhile, Grimsby’s last match was the reverse fixture eight days before this meeting at The Shay. Kian Spence had scored for Halifax shortly after half time, then Jordan Maguire-Drew equalised in the final minute of normal time.

That draw put an end to Grimsby’s four consecutive defeat in all competitions, but it remains a dreadful run of form that the Mariners find themselves on.

They have now won one, drawn one and lost eight of their last 10 matches, as their hopes of immediately returning to League Two have been hindered.

With their recent struggles over the last couple of months, Hurst’s side have slipped down to 10th in the National League table, with five points now adrift of them and Notts County in the final playoff place.

Halifax have resently been on a good form at home, having lost just one of their last five matches. They have won their last two, defeating King’s Lynn Town 2-0 and Eastleigh 4-0 in the National League. They also defeated Maidenhead United 7-4 in the FA Cup competition on November 6 2021.

Halifax have recently been on a good run of form on the road, as they have not lost in their last four away matches, and they have lost just once in their last eight. They defeated Bradford (Park Avenue) through penalty shootouts after a 3-3 draw in the FA Trophy on December 21.

Grimsby have recently been on a poor run of form on the road, as they have lost in all their last six away matches. They lost to Kidderminster Harriers 1-0 in the FA Cup competition and 4-0 to Stockport County in the FA Trophy on December 18, their last.

Striker Matthew Stenson made his first start in over 12 months against Eastleigh on Saturday, and he is likely to be rested, with Allen earning a starting spot after his goal as a substitute in that game.

Jack Senior could come into the three-man backline for Jay Benn in an unchanged side.

See also  Conte: Door is open for Eriksen at Spurs

Meanwhile for Grimsby, they will be assessing the tear to captain Giles Coke’s shin that he picked up against Halifax on January 3.

John McAtee will return from suspension in this game, while Lenell John-Lewis will sit out through his own suspension after a red card he picked at Stockport County.

The two teams are chasing for promotion and we expect a tight contest, but Halifax are in a much better form and have an home advantage.

Grimsby have recently been on a poor run of form away from home, which is a disadvantage for them in this game, hence, a home victory.