The England playmaker will be out of contract at the end of the current campaign and it appears that Lingard has already made his mind up to leave his boyhood club, having found game time hard to come by once again this term.

The 29-year-old had a hugely productive loan spell at West Ham in the second half of last season. That prompted the Red Devils to slap a £25m price tag on the player last summer, with the Hammers baulking at that fee.

Lingard was given assurances by Ole Gunnar Solskjaer at the start of the new campaign that he would be given more chances in the United first team. However, that failed to materialise – with things not really improving since Ralf Rangnick’s arrival.

A move back to London Stadium always appeared the most likely destination, despite interest from Newcastle as well.

But Football.London now claims that Spurs are ready to strike a deal.

The report does add, however, that United are not keen on selling to a rival this month. That would appear to point to Lingard being forced to wait until the summer to leave on a free.

Even though that would guarantee the player a big payday, Lingard is desperate for game time to try and force his way back into Gareth Southgate’s England squad for the World Cup in December.

Spurs could be looking at Lingard to provide a creative spark to their midfield. Indeed, record signing Tanguy Ndombele could be on his way out of the club, which would leave an opening for the United man.

Adama Traore, Dan James and five other wingers who mastered the art of flattering to deceive

Meanwhile, Tottenham and Arsenal will only be able to sign a Juventus attacker for a monumental fee, according to reports.

Juventus have confirmed the Italy international will have to undergo surgery, ruling him out for several months.

Chiesa’s long-term injury will impact the club’s transfer plans. They are now less likely to sell forwards who may have to appear in his place.

Dejan Kulusevski is one example. The Swede is on Arsenal’s radar as they look to replace £72m man Nicolas Pepe. Kulusevski is also a target for north London rivals Tottenham, according to various reports. 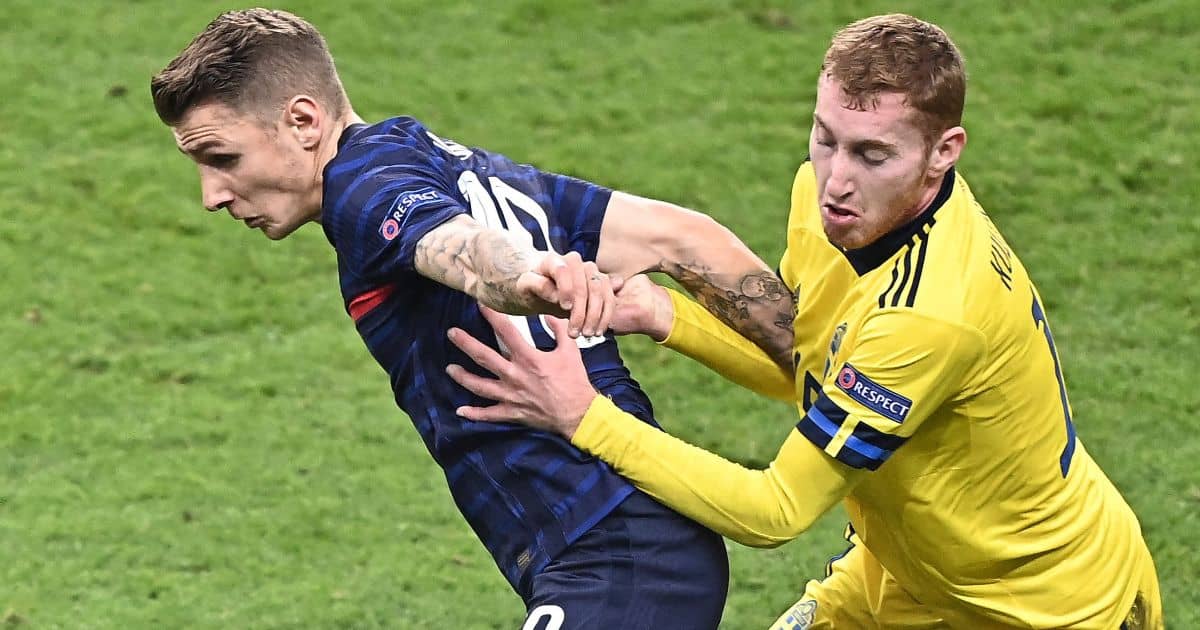 Spurs director Fabio Paratici has strong links with the Bianconeri, suggesting they could win the race for Kulusevski.

Kulusevski to benefit from Chiesa injury

Juve will now only consider ‘exorbitant’ offers for the 21-year-old this month, as he looks set to operate on the right flank in Chiesa’s absence.

A transfer is more likely in the summer, should Kulusevski’s attacking counterpart return to the fold. Then Juve will be more inclined to sell to one of the Premier League clubs.

Kulusevski spent time in Atalanta’s academy before gaining promotion to the first team in January 2019. After three Serie A appearances, he moved to Parma on loan that summer.

That is where Kulusevski really began to impress, notching 10 goals and nine assists in 36 league games. Juve signed him for £31.5m in January 2020 before allowing him to spend the rest of the season back at Parma on loan.

Kulusevski’s record for Max Allegri’s side stands at nine goals and 10 assists in 70 appearances thus far.