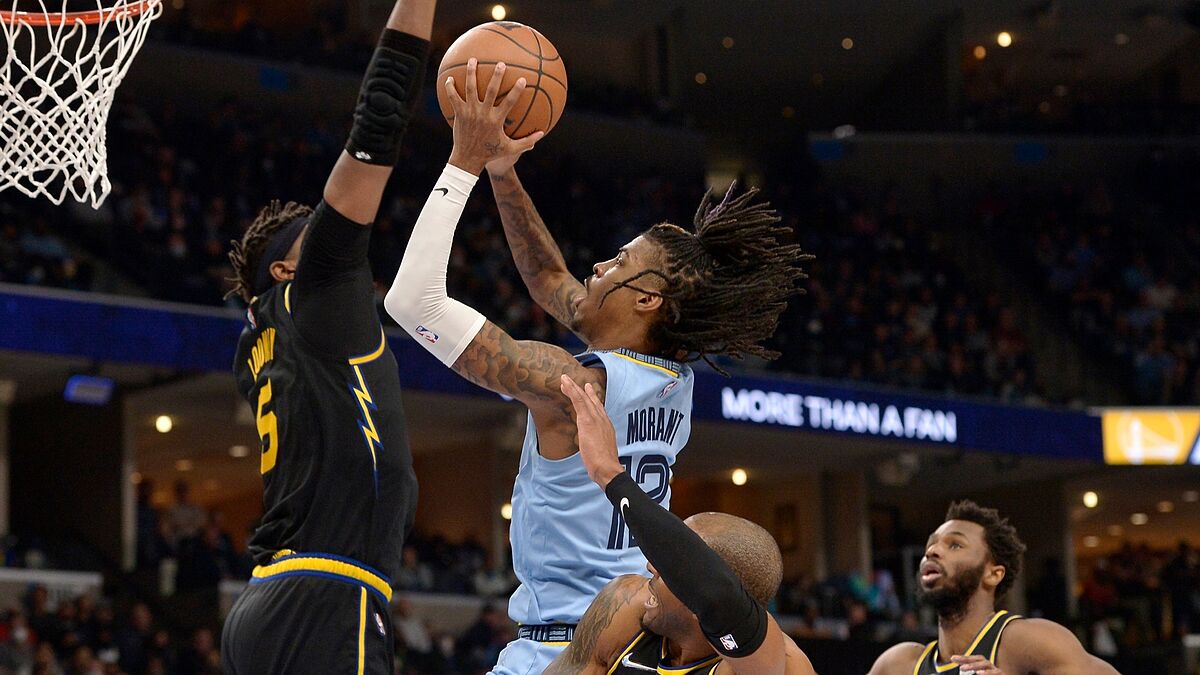 If the Memphis Grizzlies lost tonight against the Golden State Warriors, their streak would end in 9 games but Ja Morant had other plans tonight. Despite having Klay Thompson back playing on the court, it seems like no team is currently capable of taking on Memphis when Ja Morant is on the court. The young guard is fearless in his approach and tends to always go head first against any rival. Tonight was no different despite having Stephen Curry and Klay Thompson in front of him. In fact, we dare say that Ja Morant gets even more hyped when he plays against world-class players like those two. He never likes to shy away from a challenge.

Throughout the entire game, Morant busted out his entire repertoir of blocks, dunks and dimes to his teammates. Most of the Golden State Warriors players were actually in awe of the level Morant is playing at right now. He is the main reason the Grizzlies remained on top for the entire game, and with a major advantage. Even though Stephen Curry scored a triple-double with 27 points, 10 rebounds and 10 assists. Ja Morant was the best player on the court tonight and led Memphis to a possible historic run. As of right now, the Grizzlies seem virtually unbeatable as they completed their 10th straight victory this season. Ja Morant scored 29 points this evening.

What’s next for Grizzlies and Warriors?

After tonight’s victory, the Memphis Grizzlies get up to a 29-14 record and will face the Minnesota Timberwolves at home on Thursday. With this loss, the Golden State Warriors get to a 30-10 record and have a highly anticipated game on Thursday against the Milwaukee Bucks. On the bright side for the Warriors, at least Stephen Curry seems to be getting slowly back to his best form with this triple-double. One more thing to note is that after tonight’s performance, Ja Morant should definitely be in the MVP conversation as Magic Johnson sad earlier today.